take me out to the ball game

to be honest, i'm really not much of a baseball fan. it's slow and boring and just not my favorite thing in the world.

but when the hub said he'd gotten his hands on tickets for an angels home game with really good seats, it sounded like fun. plus, i love any excuse to go and eat a lot of really bad for me food. 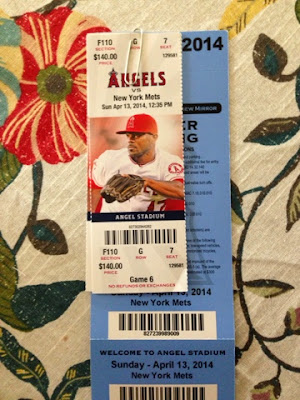 oh please. like you don't do the same thing at ballparks. psh.

it was a beautiful day, bright and sunny and warm. 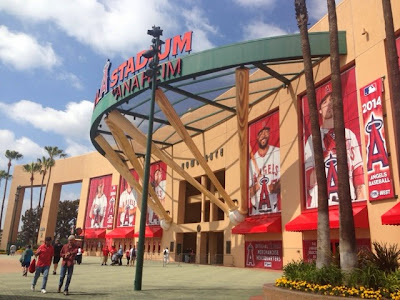 and the hub hadn't exaggerated - these were awesome seats, right behind the angels dugout and third base. it was actually a little too sunny, and i was sweating in no time. shocking, i know. but now and then the sun would hide behind some traveling puffy white clouds, offering a bit of very welcome relief.

the game started with a bang...literally. the first player at bat swung at a pitch and sent it sailing past the outfielders and into the bleachers of cheering fans. whenever this happens, there are fireworks ("WHAT. fireworks in the daytime??" - an incredulous bean), followed by bursts of fire. 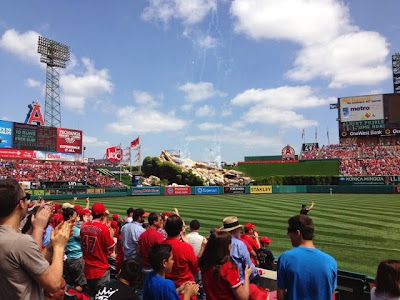 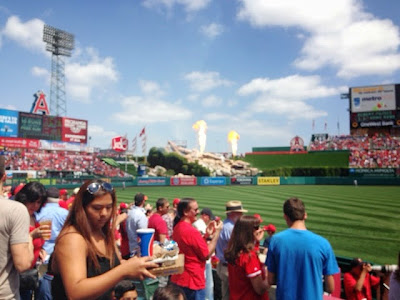 amazingly, that first home run was followed by two more. it was really loud in there, and the bean was not a happy camper. she's a delicate flower who hates loud noises. 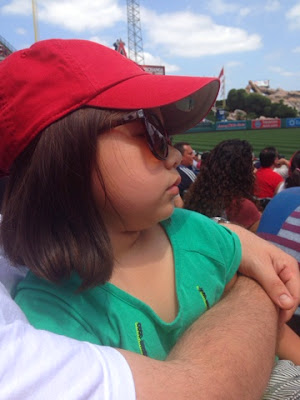 the teen was also not impressed. she acknowledged the greatness of our seats, but with less than zero interest in the game spent most of her time playing on her phone. still, she gamely posed for a group selfie. 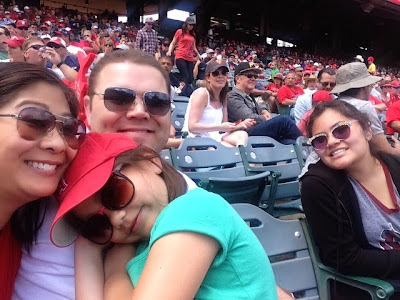 not too long after devouring her burger, the bean gave up and passed out in her sister's lap. 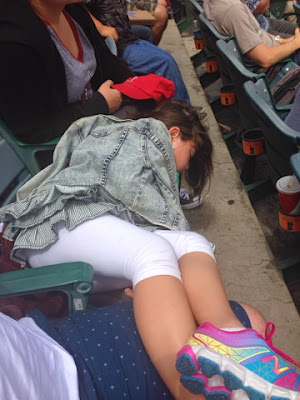 we hung in there till the seventh inning stretch, and then we bailed. the angels had scored so many runs that it was just a bloodbath out there, so we were over it. 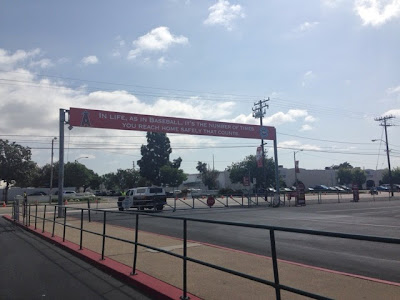 she ended the afternoon on a sweet note. 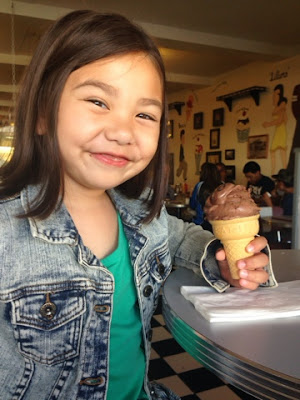