still not a superstar

a couple of weeks ago, totally out of the blue, i received an email from the marketing department for ebates.

you use ebates for all your online shipping, right? if you don't, you should. i mean, it's free money for something you're already doing anyway. if you're an ebates newbie and haven't opened your (free!) account, use my link and hook a sista up with a referral. you can thank me later, like when you get your first big fat payment.

anyway, apparently they were getting ready to put together a new commercial set to be aired on tvs nationwide. they were looking for actual members to use in the new ad, filming in the l.a. area. they asked for a recent photo and a quick blurb about how i use it, if i was interested in being considered for the ad.

now, you'd think i'd jump all over that thing immediately, right? but i actually hesitated for a bit before I decided to give it a shot. the teen said "go for it! why wouldn't you??"

indeed. so i dug up a decent picture and sent in my reply.

four days later, i received another email from a casting company that invited me to come out to santa monica for a quick meeting and interview for the ad. attached to it was a sheet of wardrobe suggestions: 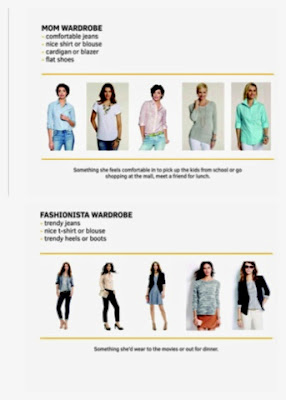 i enlisted the teen to help me scour through my closet in search of something  suitable to wear. the super vain bitch in me desperately wanted to avoid the "mom" look, but my wardrobe told a totally different story. bah!

with a ton of help from her (and her closet of much more fashionable items than mine), i managed to pull together a decent ensemble that fell somewhere between the "mom" and "fashionista." this shot is super dark, but it's all i got. open cardigan, flowy top, chunky necklace, skinny jeans and booties. 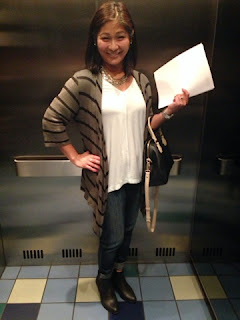 we arrived in santa monica with plenty of time to spare, and strolled the third street promenade for awhile. it was a gorgeous day: 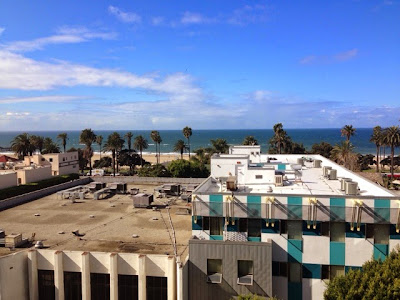 the casting agency's office was easy to find, and parking was conveniently underground. 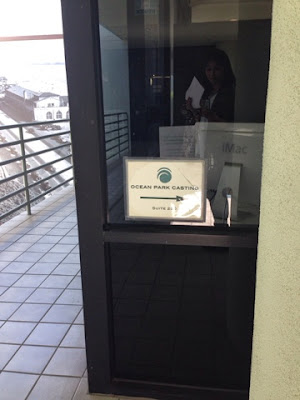 the office itself was airy, spacious and modern. 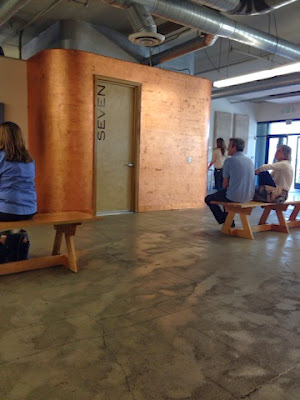 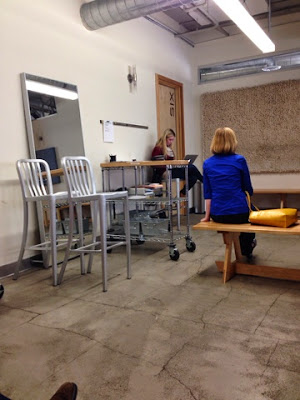 there were other castings happening there besides the ebates commercial. most of the other people there were pretty ordinary-looking like me, and then there were these two: 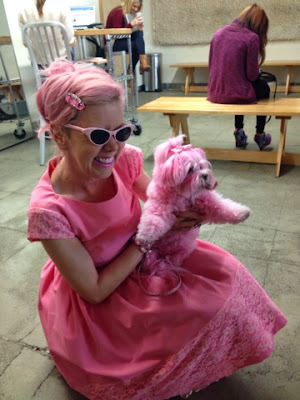 finally, it was my turn to go inside and face the firing squad. okay, not really. but i was crazy nervous, which didn't help my case. and when i get nervous, i chatter. and sweat. oh, and it didn't help that i was shown in to the hot seat. like, literally - it was a black leather office-type chair that happened to be facing an entire row of lights.

the questions I had to answer are a blur in my mind. they were basic, i know - a little "tell me about yourself" with a side of "how do you use ebates" and a little "do you shop online often?" it seemed like only a few moments had passed before my time was up. the teen assured me that i was in there just as long as the previous hopefuls, but i didn't have a strong positive feeling about it. oh well.

either way, i was being compensated for my time. just for coming to the casting interview, my ebates account was credited $50. not too bad. besides, it had been fun to imagine being on tv for longer than a brief pan-over. experiences are priceless, right?

just nod and agree with me.

by then it was lunchtime, and after mulling over the many options available to is, we decided to hit up a favorite spot - the grove. 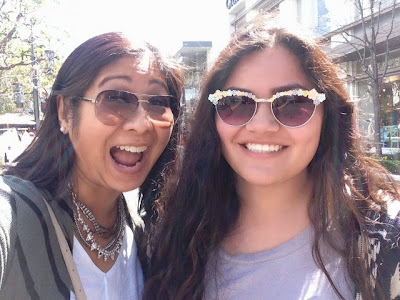 when we got there, we came upon a booth in place to promote a new tv show on fox: 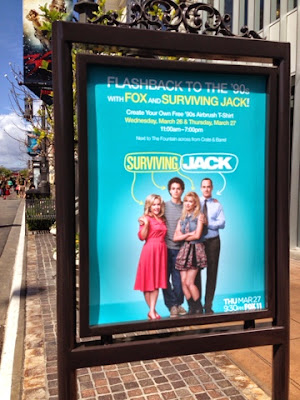 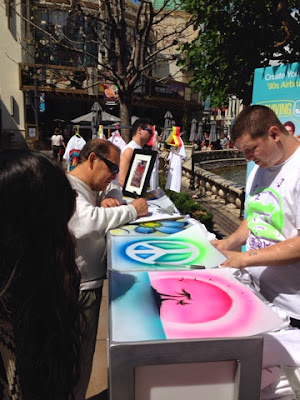 they were doing customized airbrushed tees, 90s-style. we picked out designs and fonts and then wandered off to grab lunch while the shirts were made. 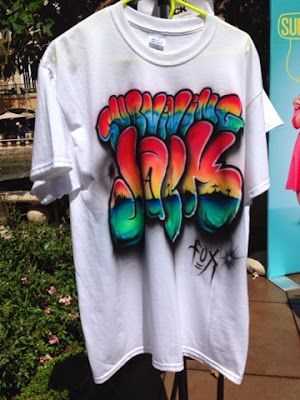 it was the first time we'd been there since the newly-remodeled nordstrom had opened, and we decided to try their upper-level cafe for lunch. not a bad view, huh? 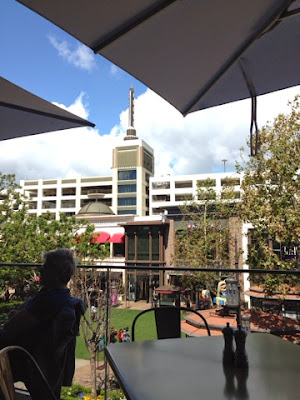 my short rib french dip sandwich was fantastic. like, seriously the tastiest french dip i'd had in a long time. 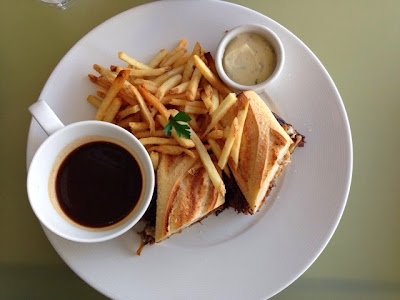 we managed to avoid most of the rush-hour traffic on the way home and then i was left to distract myself for hours, until the casting calls were to be made later that night.

sure enough, 8:00 came and went with no phone call for me. i'd pretty much convinced myself that i hadn't really said or done anything that would make me stand out anyway, so i consoled myself with the knowledge that my next big fat payment would be $50 bigger and fatter.

so much for that super unexpected, highly successful acting career that i might have stumbled upon late in life that would have earned me big bucks and an oscar on my mantel. damn.
at April 08, 2014

Email ThisBlogThis!Share to TwitterShare to FacebookShare to Pinterest
Labels: hot sweaty balls, i wan-na be famous