let me be your angel

as a member of team superhero, my duties include promoting our races and representing superhero events at the races i run in. along those lines, it's also my job to help encourage others to get active and cheer them on when they do.

for our signature race, the hollywood half marathon, TS members were invited to apply to act as "course angels." these runners would be stationed throughout the back half of the course, offering support and encouragement to those who might be hitting a wall, or losing steam, or just need a little boost. five were chosen, including yours truly.

of course, this meant that i wouldn't be running the race for time. i'd be scurrying to my post as fast as i possibly could and then cheering on the runners who hadn't passed me up, which meant hanging out for a good chunk of time in roughly the same spot. as competitive as i get (with myself, mostly), i had to mentally prepare for the fact that my timing chip would reflect a much longer result than normal.

but there was a fun perk, one that involves something very near and dear to my heart: 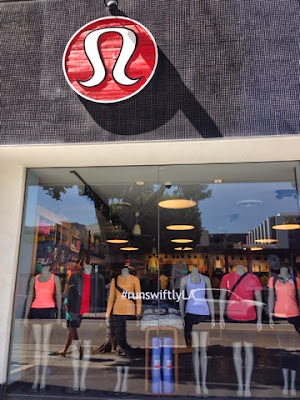 oh yes. lululemon - the beverly hills store on robertson, to be exact - had offered to provide part of the wardrobe for all five course angels. it was my first time at this one, and it was huge and beautiful. 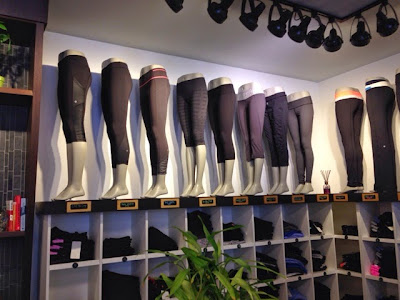 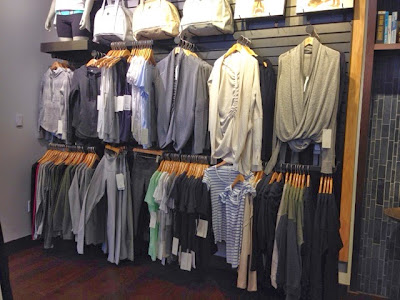 the teen came with me to our scheduled fitting, and although we were able to take advantage of the carpool lane, i was the last to arrive. no worries - they were ready for me. 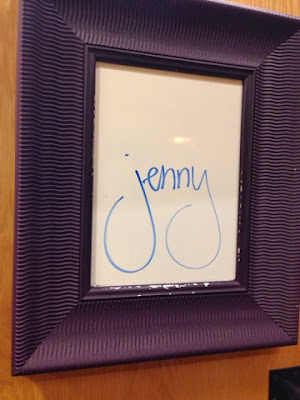 i tried a couple of things on before we decided on white tops for everyone. 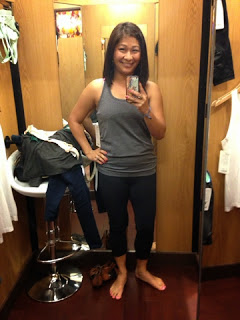 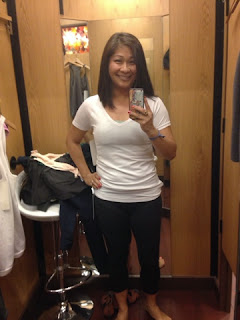 while i preferred the short-sleeved top for more coverage, i decided it probably looked better if i matched with the rest of the girls. 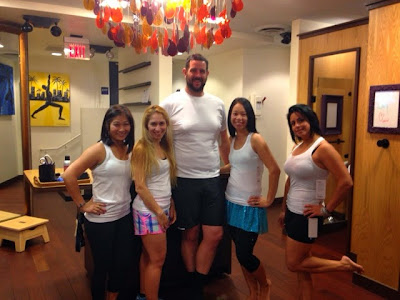 with that over with, there was a little time for goofing around with our lead angel and the lone guy in the group. 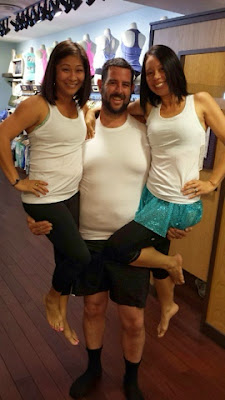 and browsing. i was a little surprised to see these dresses in a corner of the store. it was from a new line that had just been introduced, and i'd heard that it was only available in 20 stores nationwide. of course, it was beverly hills, so i shouldn't really have been that shocked to find them there.