a little slice of YUM

if you know me at all, you'll know that one of the hardest parts of this challenge is finding ways to satisfy my raging sweet tooth.  like, do you have any idea how hard it was to have those dipped pretzels and fresh rice krispy treats around the house when we had that disney side celebration?  it was miserable.  i wanted so badly to just have one - but i know me.  if i gave in and had one, it would turn into "just another one."  and another, and another, and then the dam would burst open and it'd just be open season on the forbidden treats.  that's not great.

so when i found myself looking for something sweet, i'd grab a kind bar.  the caramel and sea salt flavor is really tasty, and most of the time that would satisfy the craving.  or maybe i'd do some greek yogurt with some vanilla almond granola mixed in.  and there's plenty of sweetness in our morning smoothies, too.  so it's not like i haven't gotten my share of sugar.

but at night, after we've had dinner and we're either sitting around watching tv or i'm working on some cookies, i still find myself really wanting a little dessert.  in the past, i'd just go into the pantry and grab some oreos, or some pocky.  maybe a bit of ice cream, or some chocolate.  oh my goodness, the other day i found myself hit with the biggest craving for a candy bar.  specifically, i wanted a cadbury creme egg.  damn.  it's a good thing we didn't have any in the house, or i would have definitely given in.  and although we do still have a stash of leftover treats that i can't seem to bear to toss out, i managed to stay strong and didn't cave.

the challenge facebook board came to my rescue once again.  someone went in there and posted this recipe for something called a chocolate peppermint slice, which sounded pretty darn tasty.  and then as i started poking around the internet for more healthy-ish dessert ideas, i came across a similar recipe, only this one was a chocolate cream caramel bar.  that sounded right up my alley, and like something the rest of the family might enjoy too.

one of the ingredients listed for the caramel filling was cashew butter, and i knew i didn't have any of that lying around.  although during a recent trip to trader joe's, i'd picked up a bag of cashew pieces.  google turned up this tutorial for turning them into butter, and the step-by-step photos were really helpful in making sure i didn't screw it up.  yeah, it sounds easy enough, but you know me and my need for instant gratification - i likely wouldn't have kept the food processor going until the natural oils were released to make the butter smooth and creamy.  i'd have tried to add some sort of oil to it to make it go faster.

and so i turned a bunch of these: 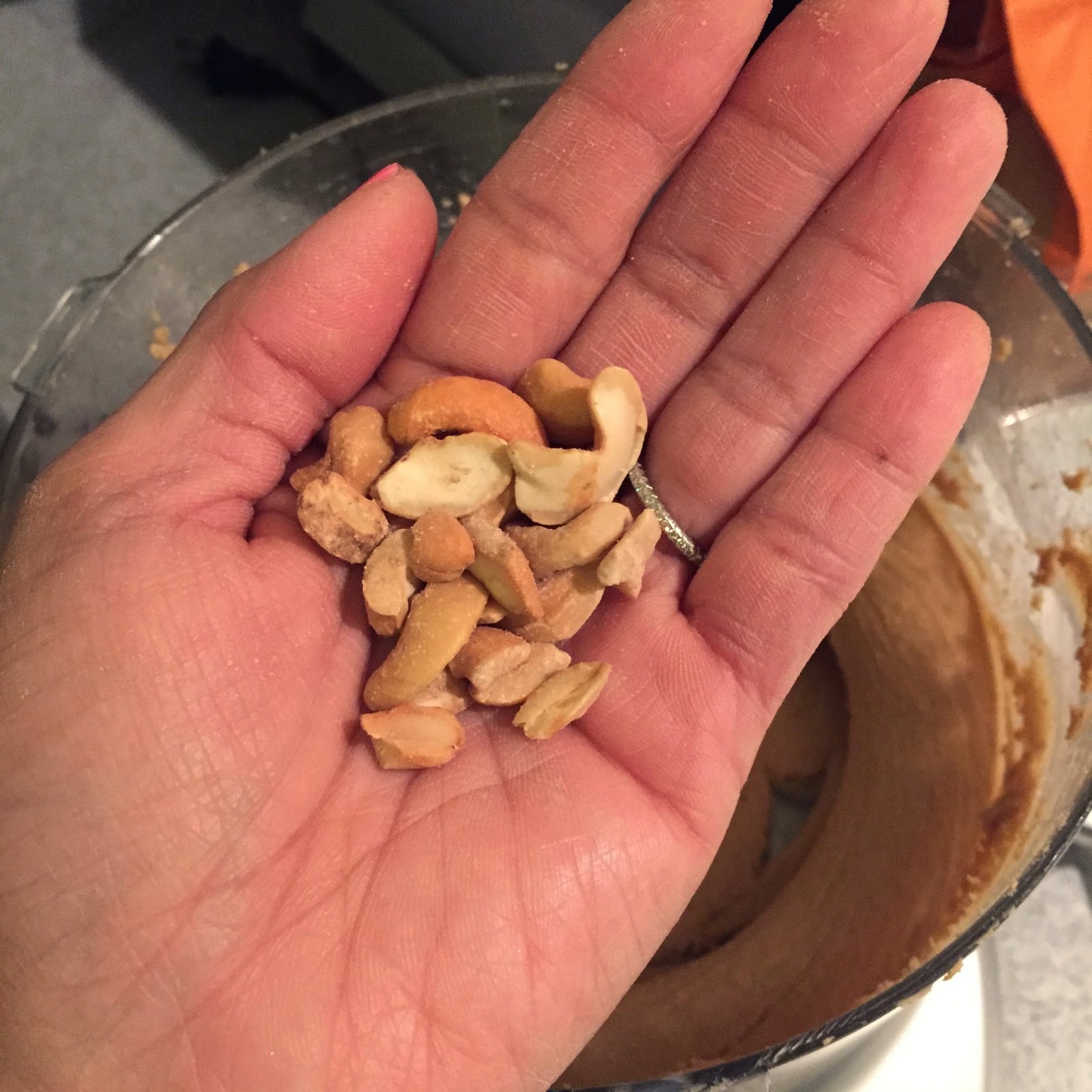 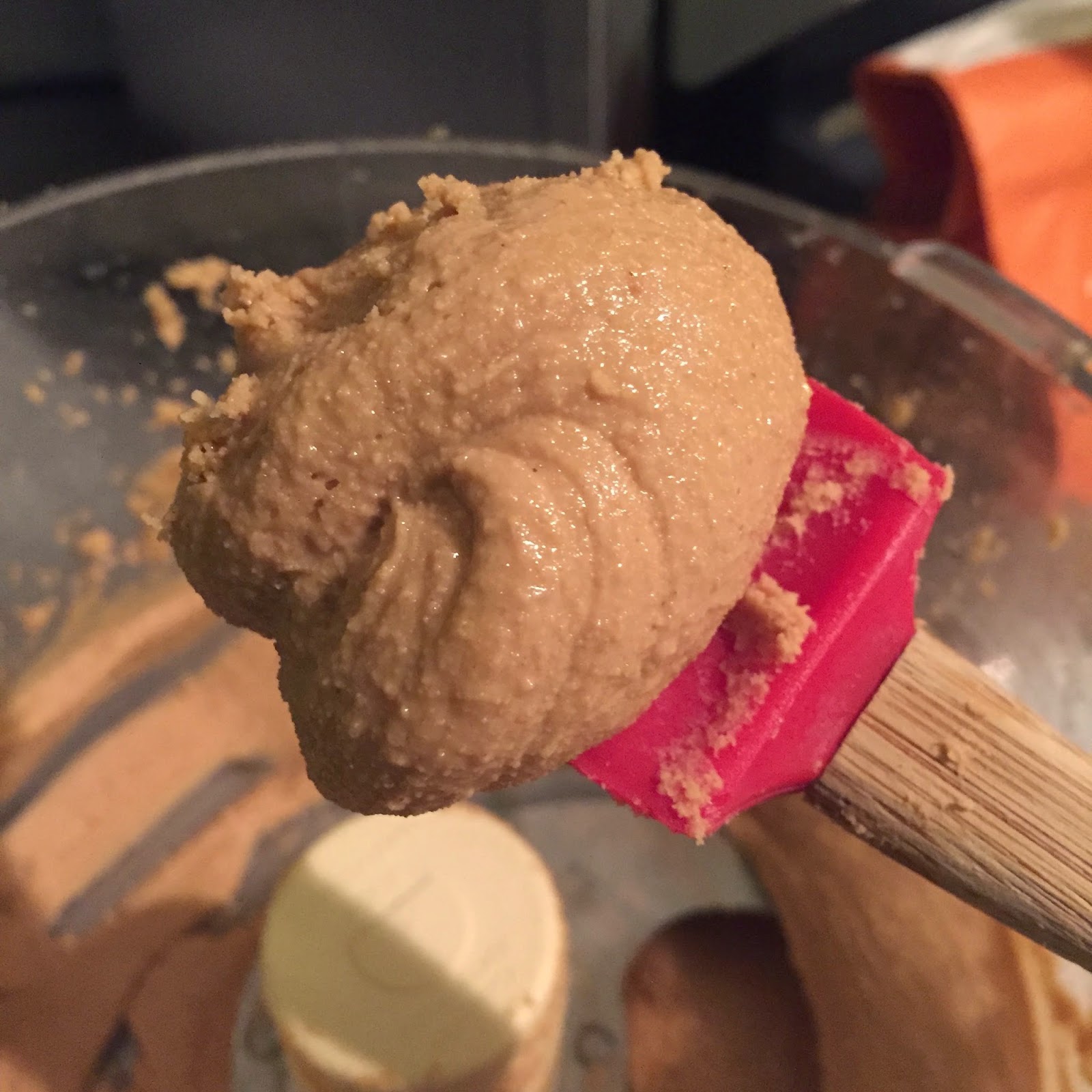 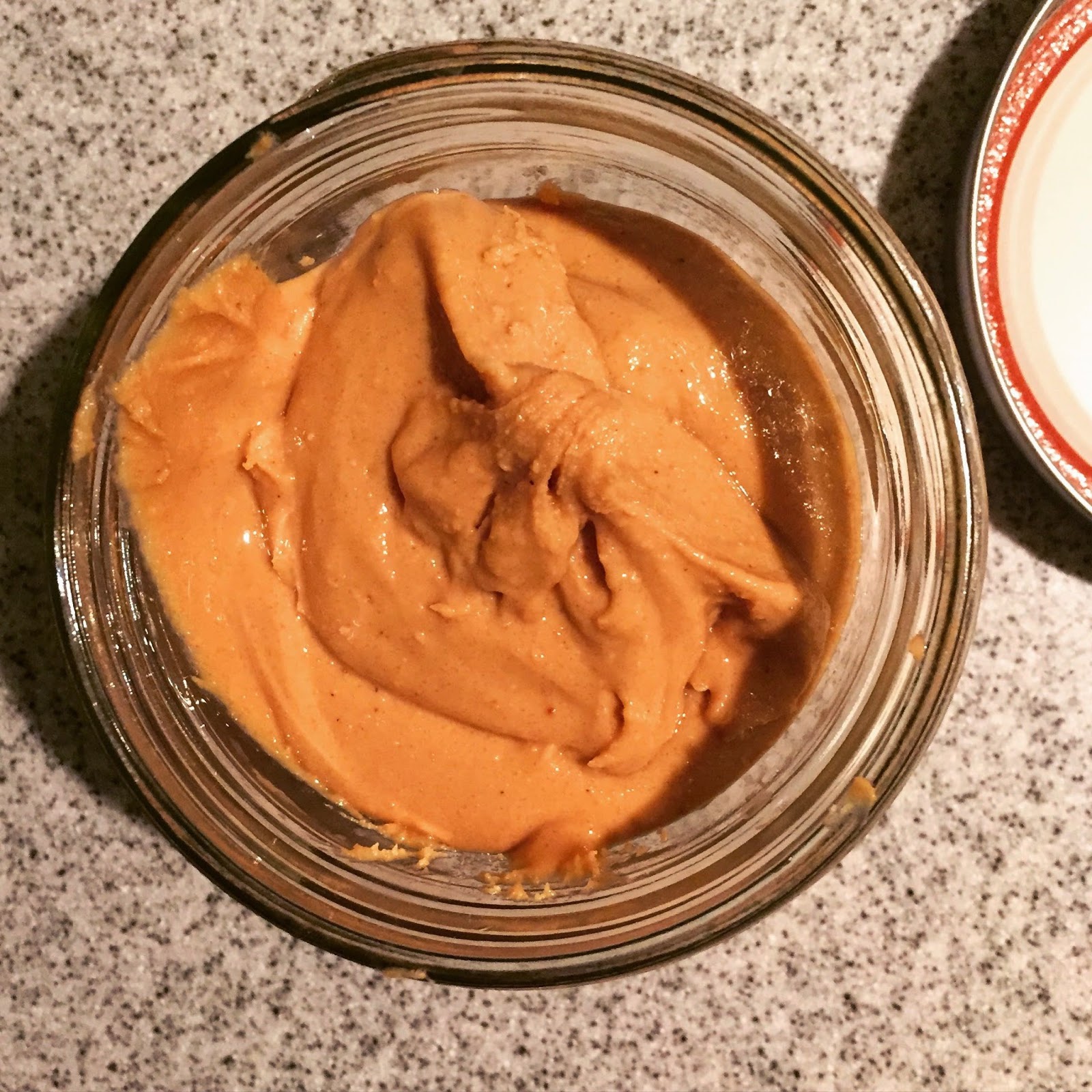 looks pretty good, huh?  and it's really tasty on my zucchini bread. 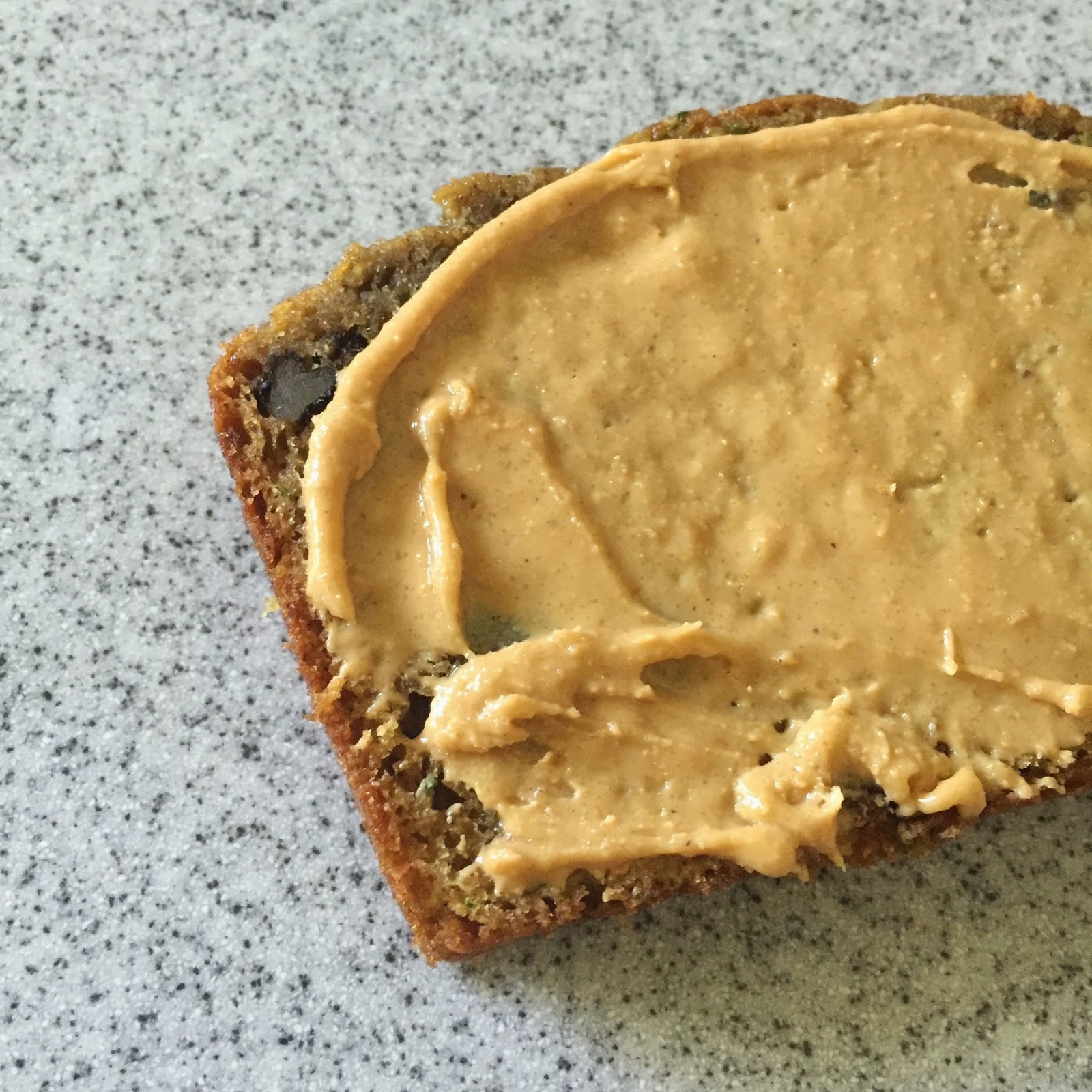 so, back to the dessert bars.  to make both the crust and the caramel filling, i needed a whole bunch of these: 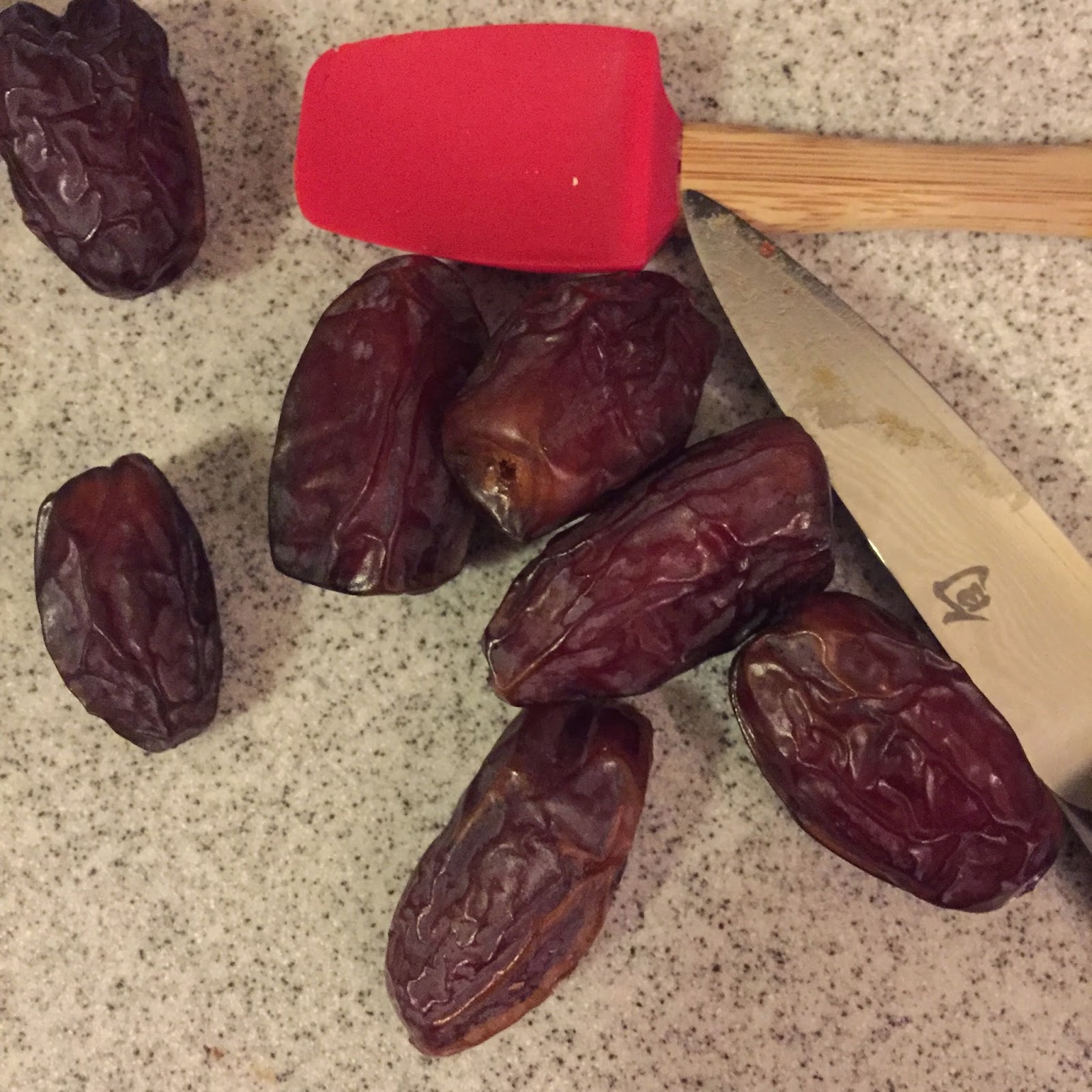 i know, i know - you're thinking, "you're gonna eat that?"  and the answer is - yes, sort of.  as with my smoothies, i don't have trouble eating it when it's been pureed and mixed with stuff.  just don't try to make me eat dates (or any other kind of fruit) in their natural state.  ew.  i haven't changed THAT much, people.

another recipe for a similar bar i'd found used macadamia nuts in the crust.  since i love them, i decided to swap them for the almonds that were called for.  other than that, i followed the recipe exactly as written.  i gotta tell you, while the chocolate cream part sounded a little weird - mostly coconut oil mixed with some raw cacao powder and a little sweetener - it smelled and tasted ah-may-zing.  i still had some of that brown rice syrup i'd used in my pumpkin seed bars, and it worked perfectly. 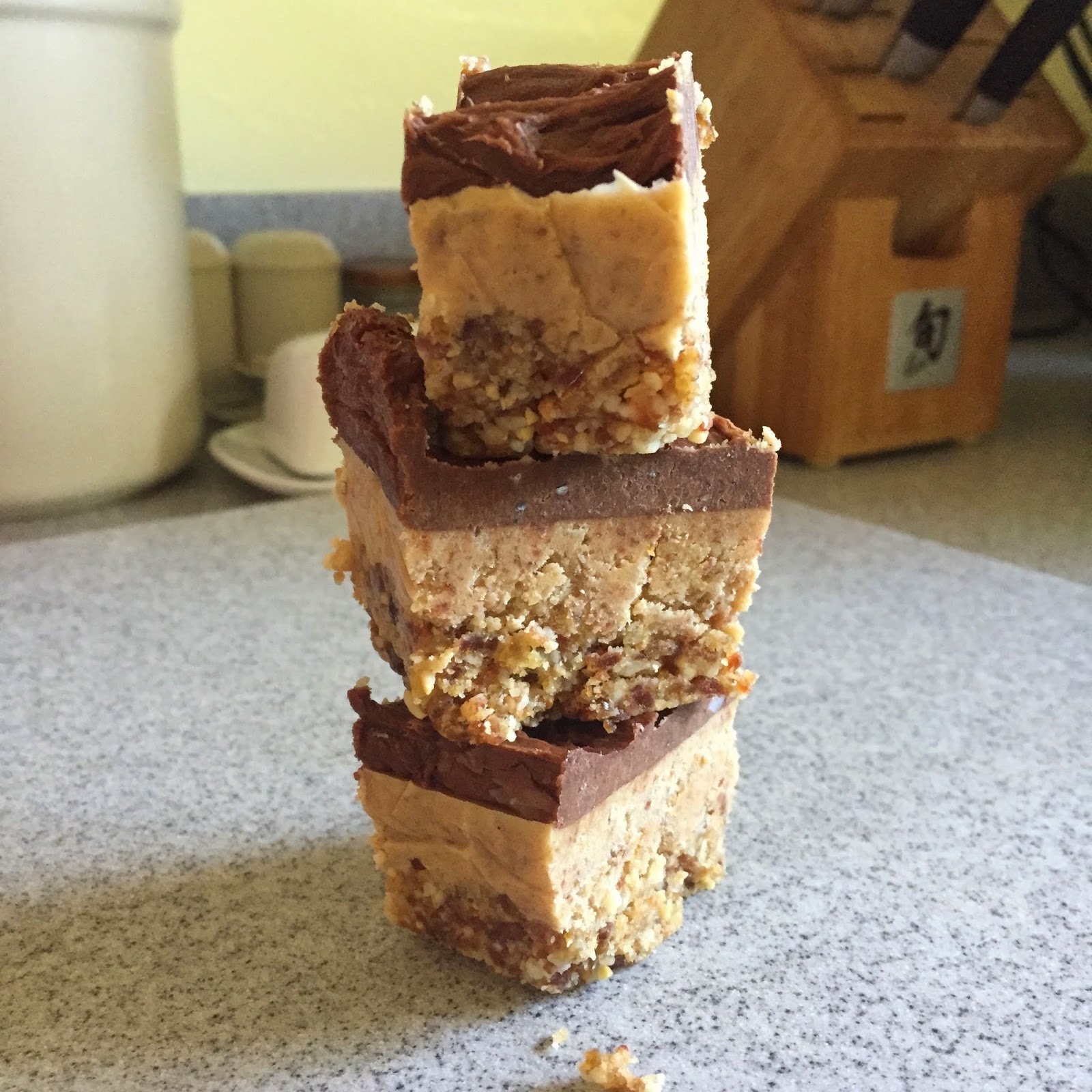 you guys, i never imagined loving a dessert that's raw, vegan, gluten-free, and jam-packed with fruit and coconut oil.  that's some craziness right there.  but between me, the bean, MIL, and the hub, half of it's already been devoured.  the teen took a bite and wasn't crazy about the coconutty taste, but that's okay.  can't win 'em all, amirite?
at February 26, 2015