i really hope you guys aren't tired of hearing about this challenge and the wacky recipes for healthy food i'm trying.  because, i mean...this is only week two.  of eight.  yup.

those of us who were crazy enough to take on this challenge were invited to join a special facebook group, so that we could share recipes, meal ideas, offer support and motivation, yadda yadda yadda.  last week, someone posted pictures of their homemade almond milk and said that it was really easy and extra tasty.  now, this isn't something i would normally do...except that i'd come across a bunch of yummy-sounding smoothie ideas that use almond milk as a base.  and since this diet program seems to work best with foods that are made from scratch, well...

you know where this is going.  of course.

step one:  soak almonds overnight (put some nuts in a bowl...): 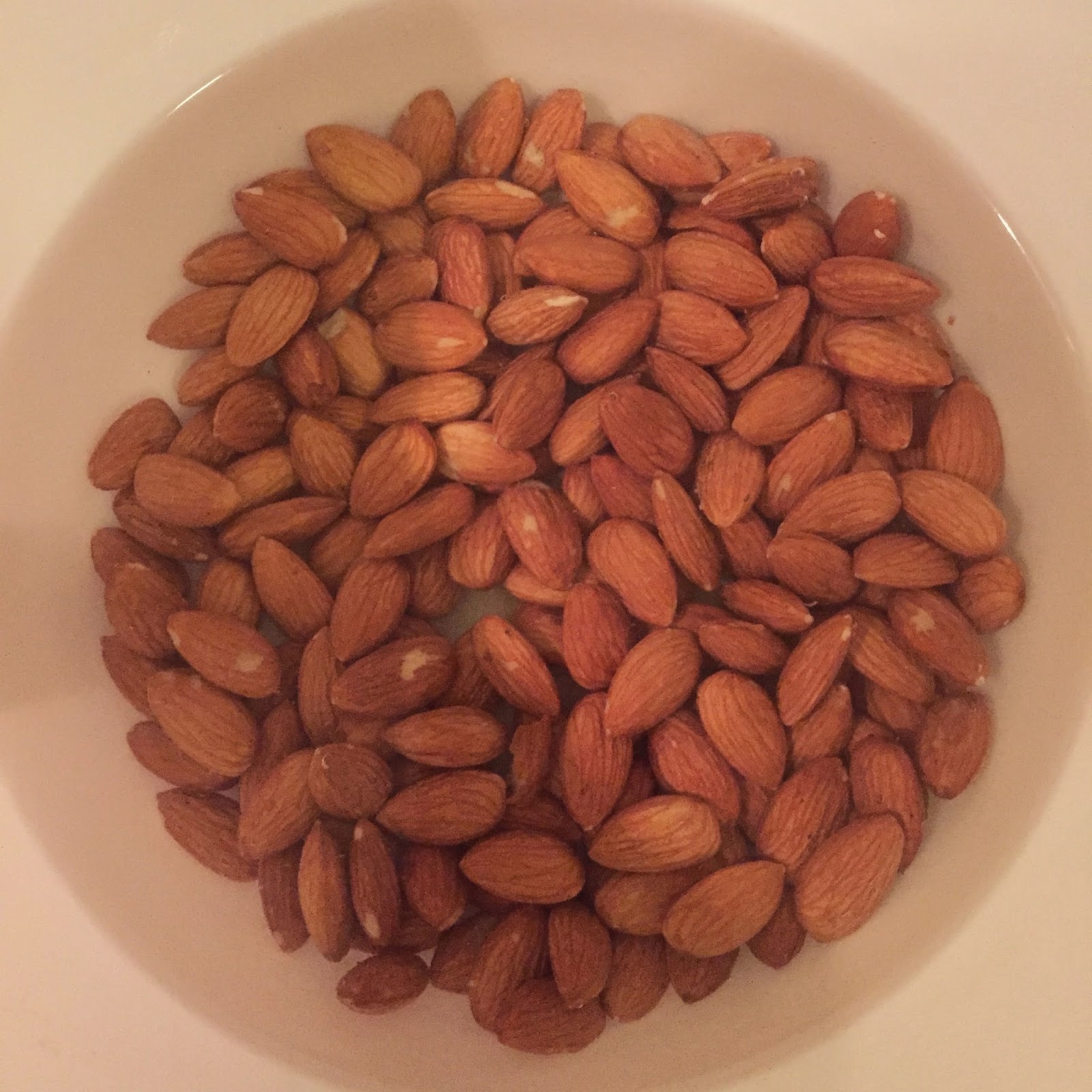 the next morning, i drained and rinsed the almonds.  they did look plumper and...uh, juicier?  i guess? 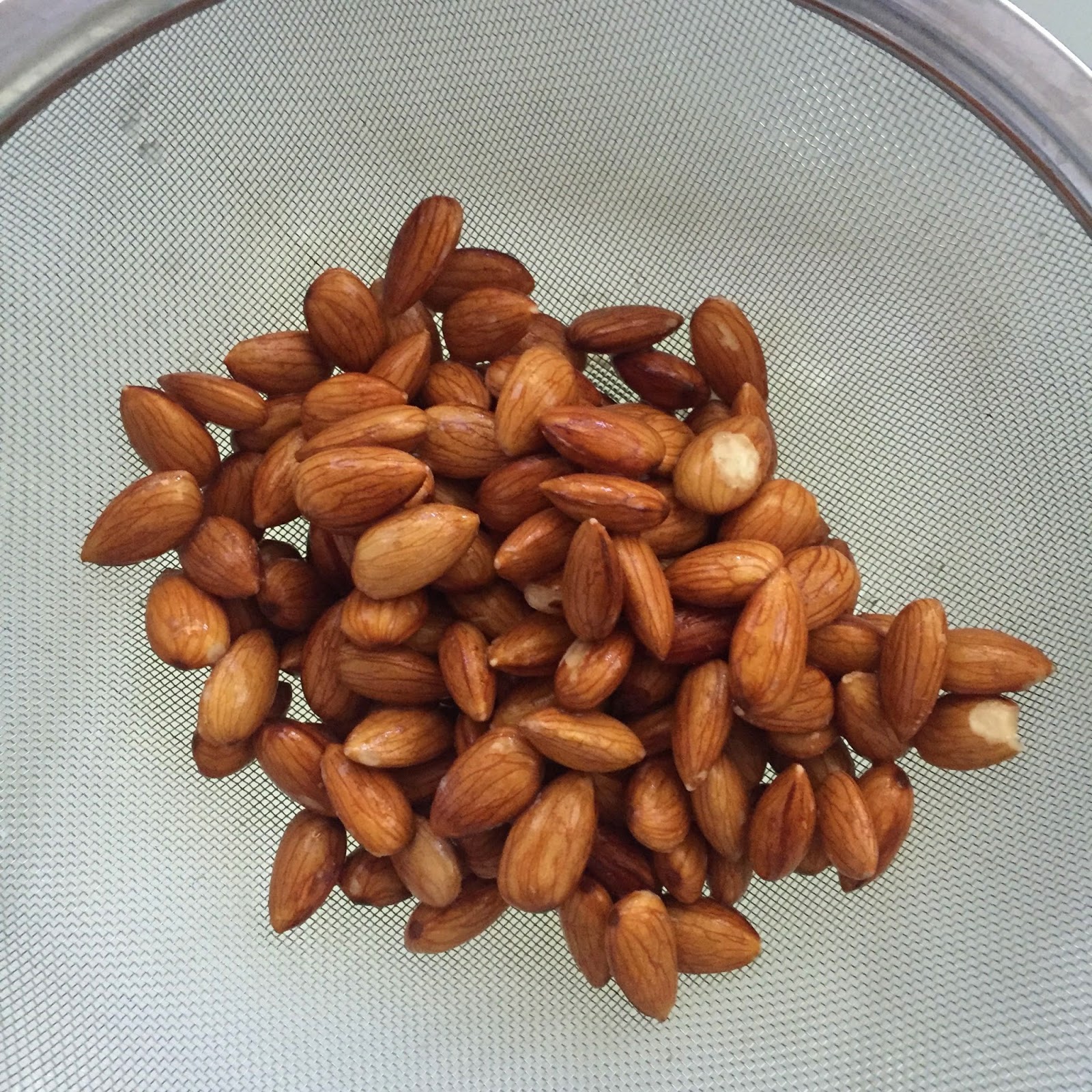 apparently, this process requires this handy kitchen tool.  and of course, it had the 12-year-old in me giggling for, like, days.  hell, i'm giggling again just looking at this.  but after perusing several recipes, i realized that it was pretty important to have one to keep the ground almonds from joining the milk party. 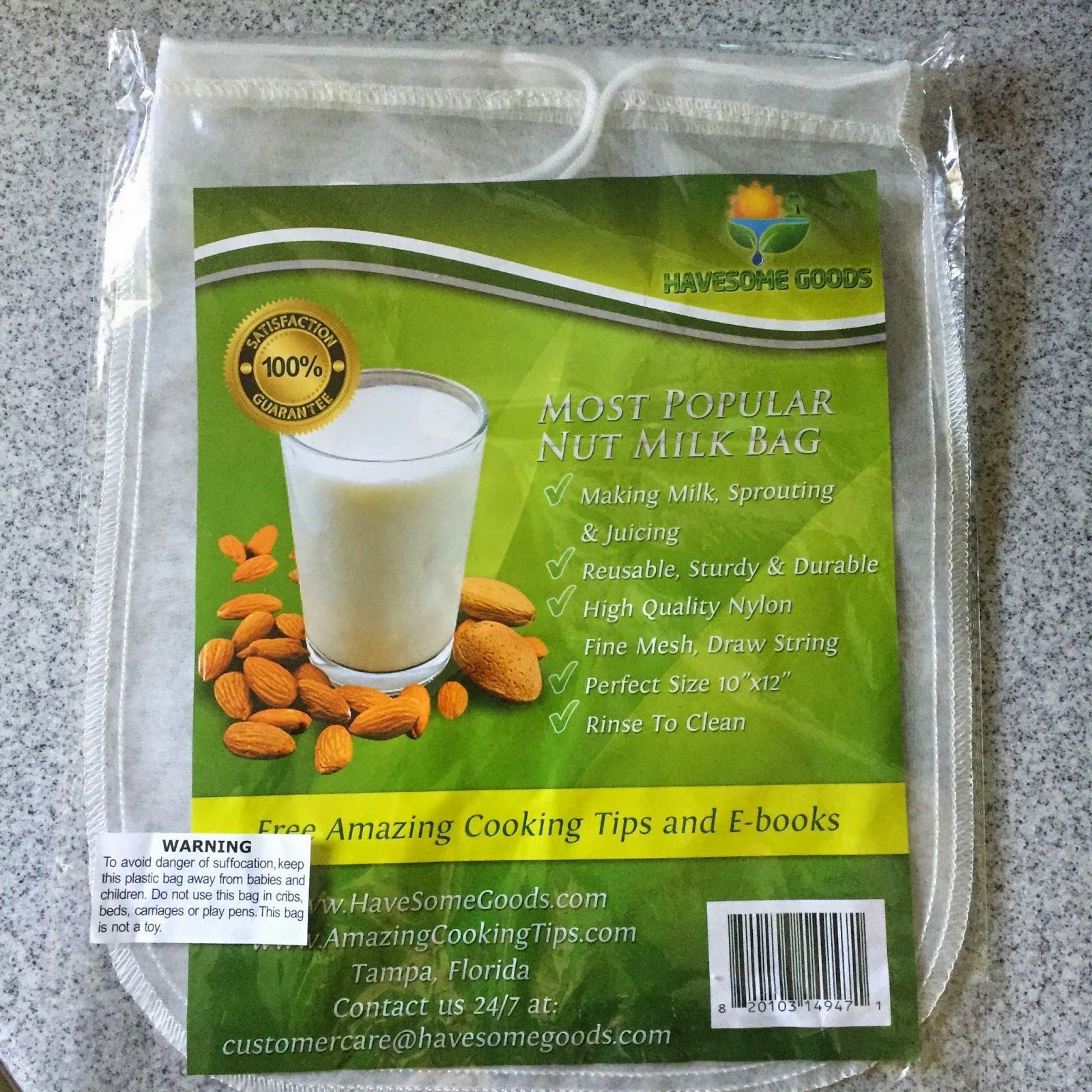 to add a little bit of sweetness and flavor to the milk, i dug out a vanilla bean and pitted a few medjool dates. 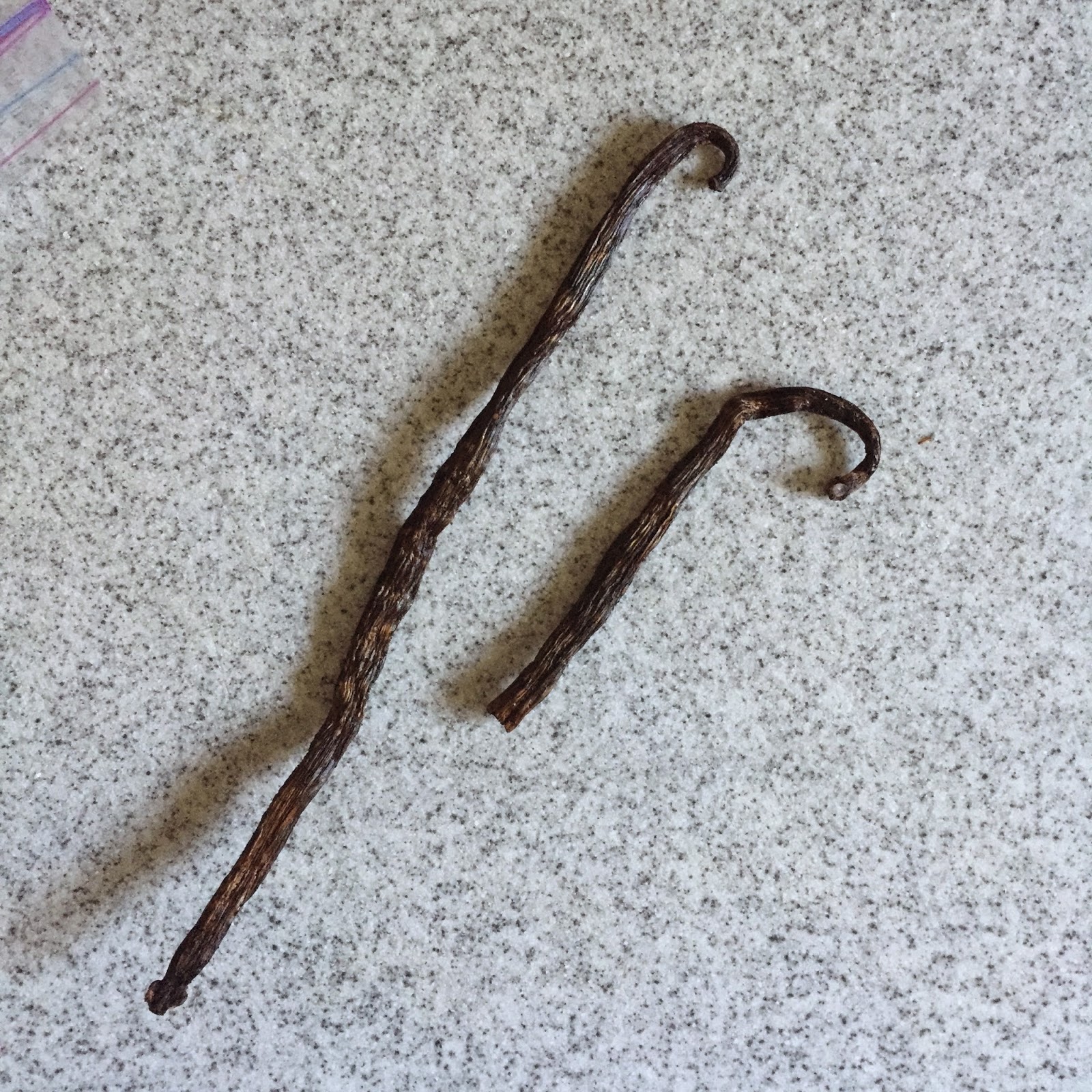 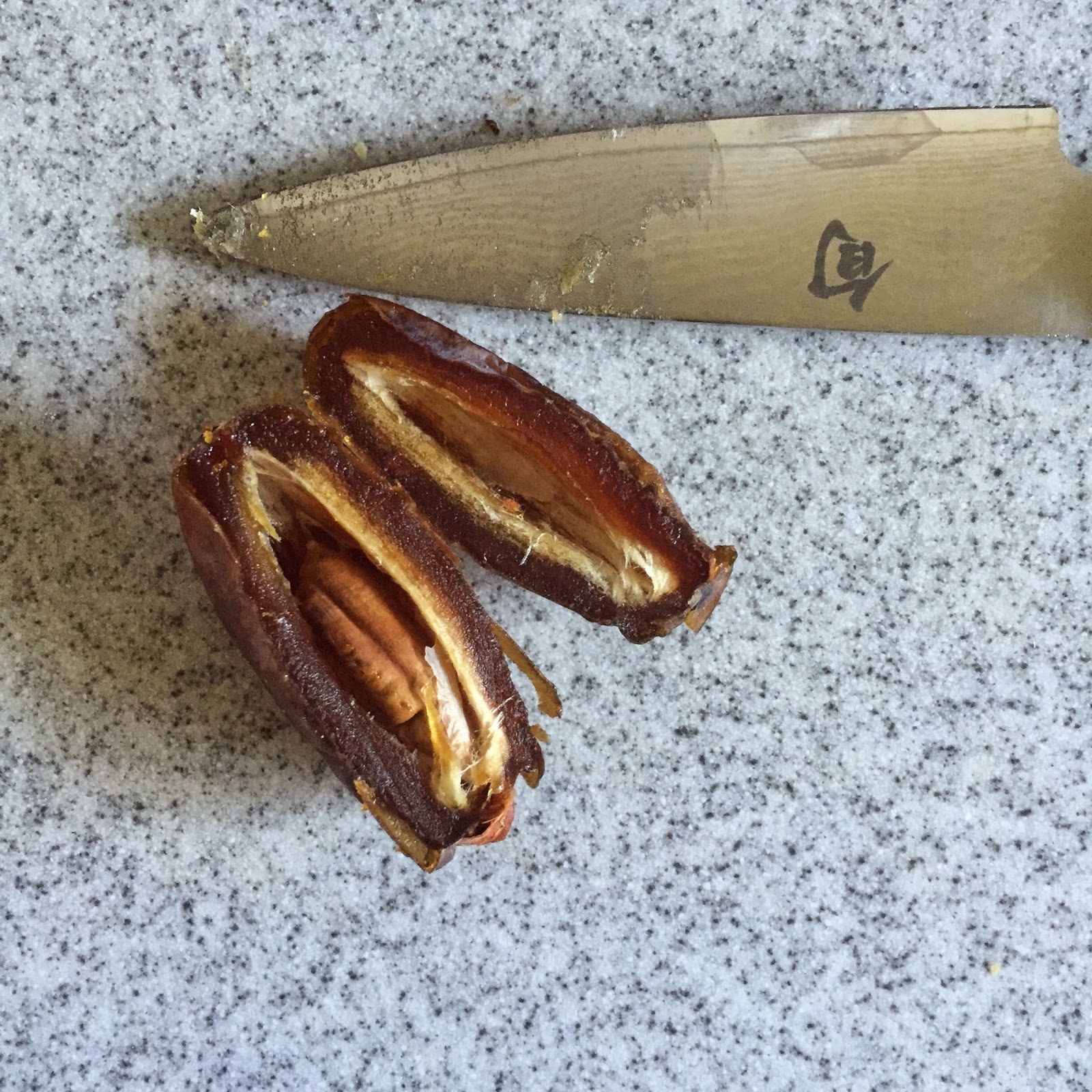 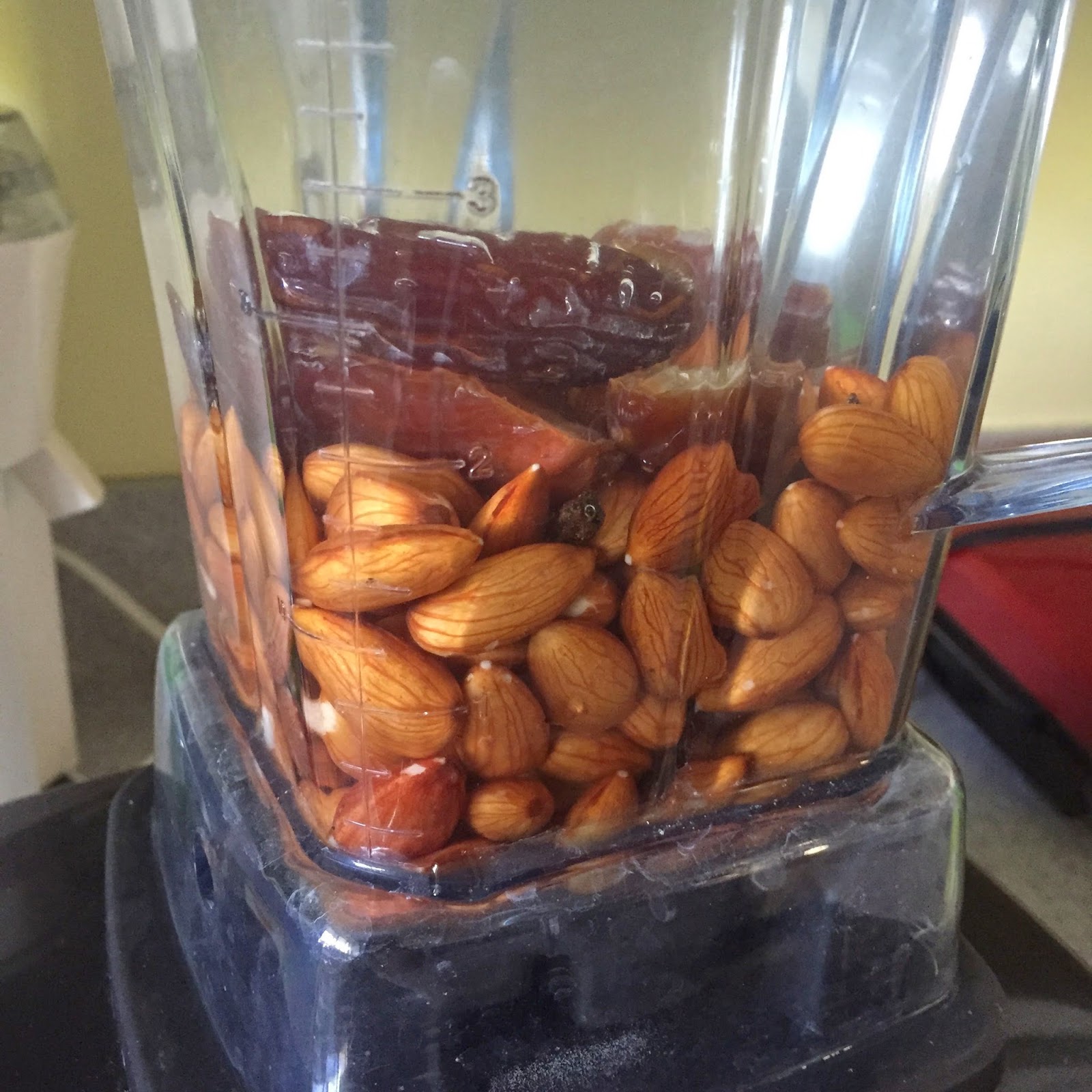 after pouring in 3.5 cups of filtered water, i set the vitamix on high and let it fly for a full minute. 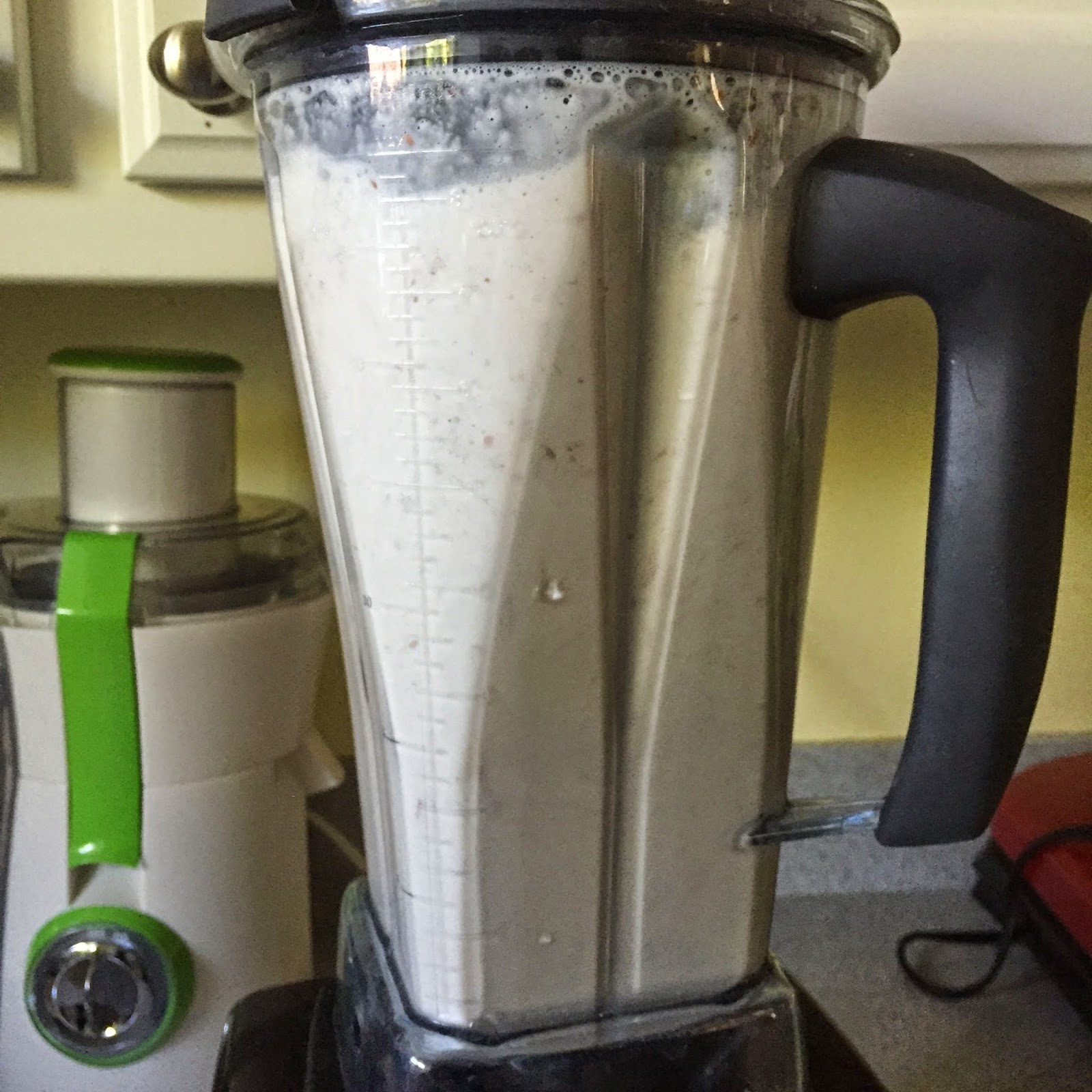 the...uh, nut milk bag went inside a bowl and then the concoction was poured inside. 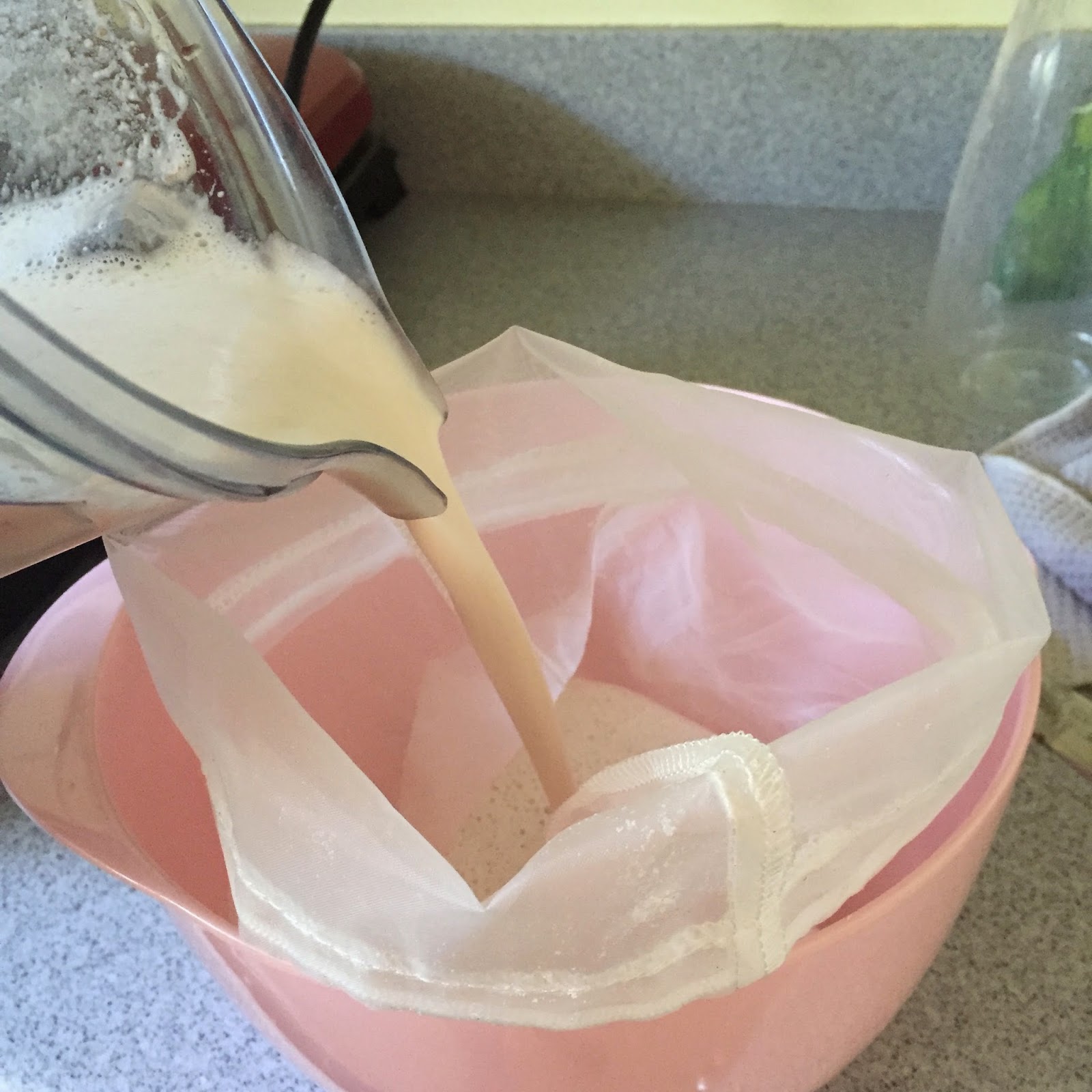 after i squeezed every last drop of milk out (so basically, i milked the nut sack), i was left with this pile of mushy almond meal. 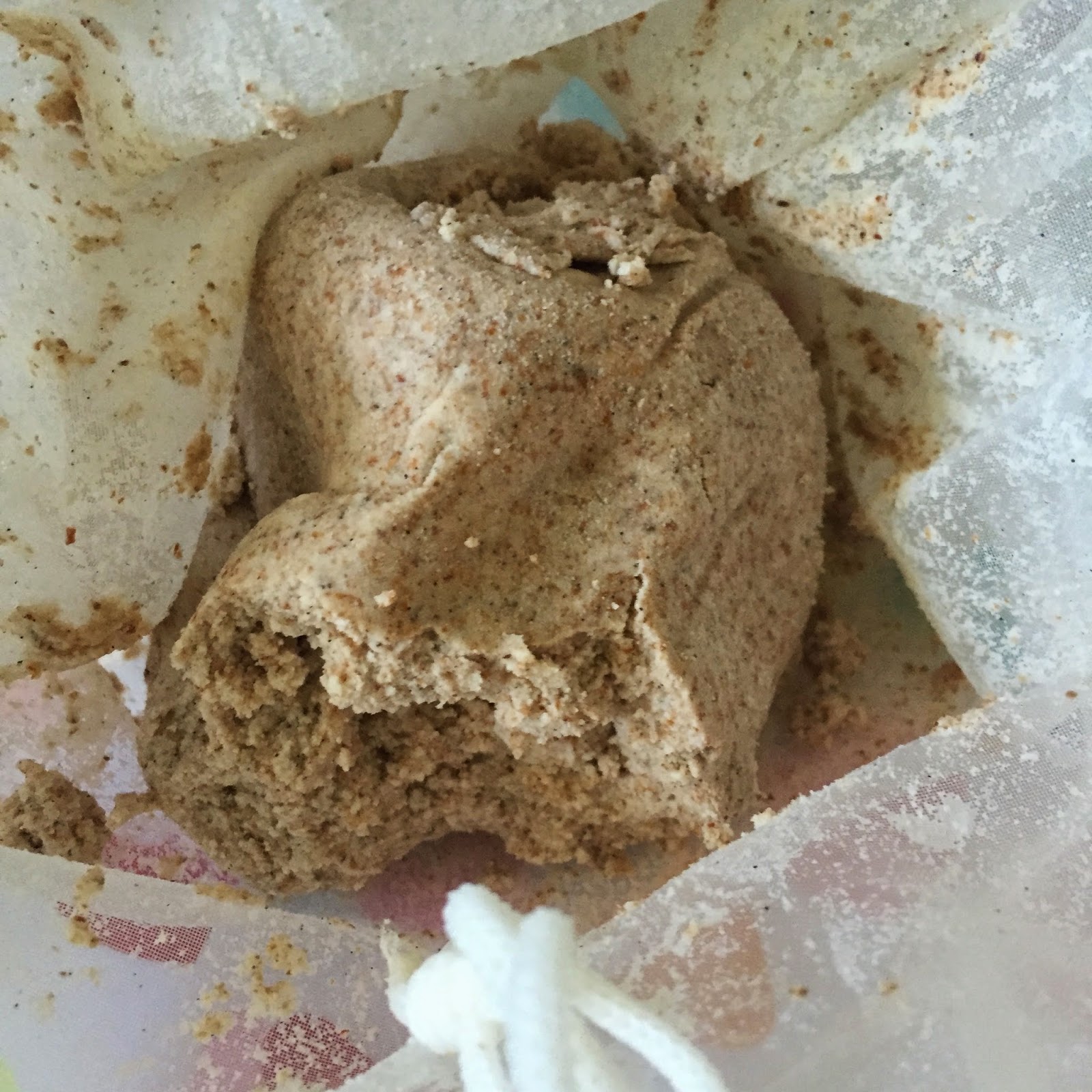 and because i'm a goof like that, i giggled again as i poured some of my freshly made nut milk into this glass. 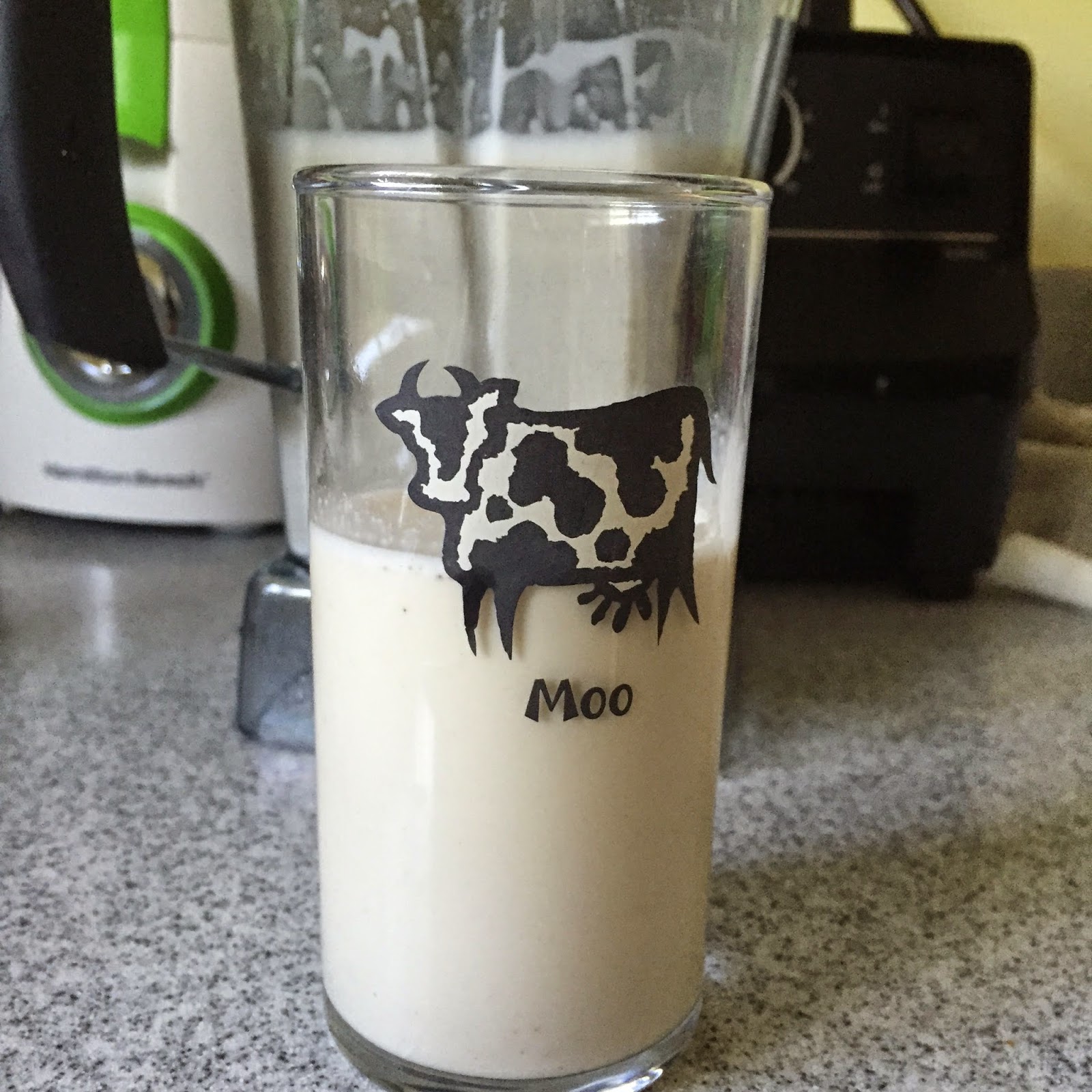 the verdict?  it's really tasty!  i like it a lot, and even the hub grudgingly agreed that it was delicious with his morning granola.  and just as i'd hoped, it's a perfect base for fun smoothie recipes that i'm having a ball trying out.  we're probably not going to get to the point to where we're just pouring it in a glass and drinking it for fun, but that's okay.

also - i weighed myself out of curiosity, and guess what?  i've lost three pounds!