her heart will go on

because the bean's hair is once again long enough to do fun stuff, i decided it would be a great idea to do different heart-shaped hairstyles all week long.  you know, because it's almost valentine's day?  and also because i am a goober.

i actually did the first one on saturday using an easy tutorial i found on one of my favorite hairstyling blogs, as sort of a trial run.  i put one of these little hearts on each side of her head, and then pulled them back and braided the rest of the hair in the back. 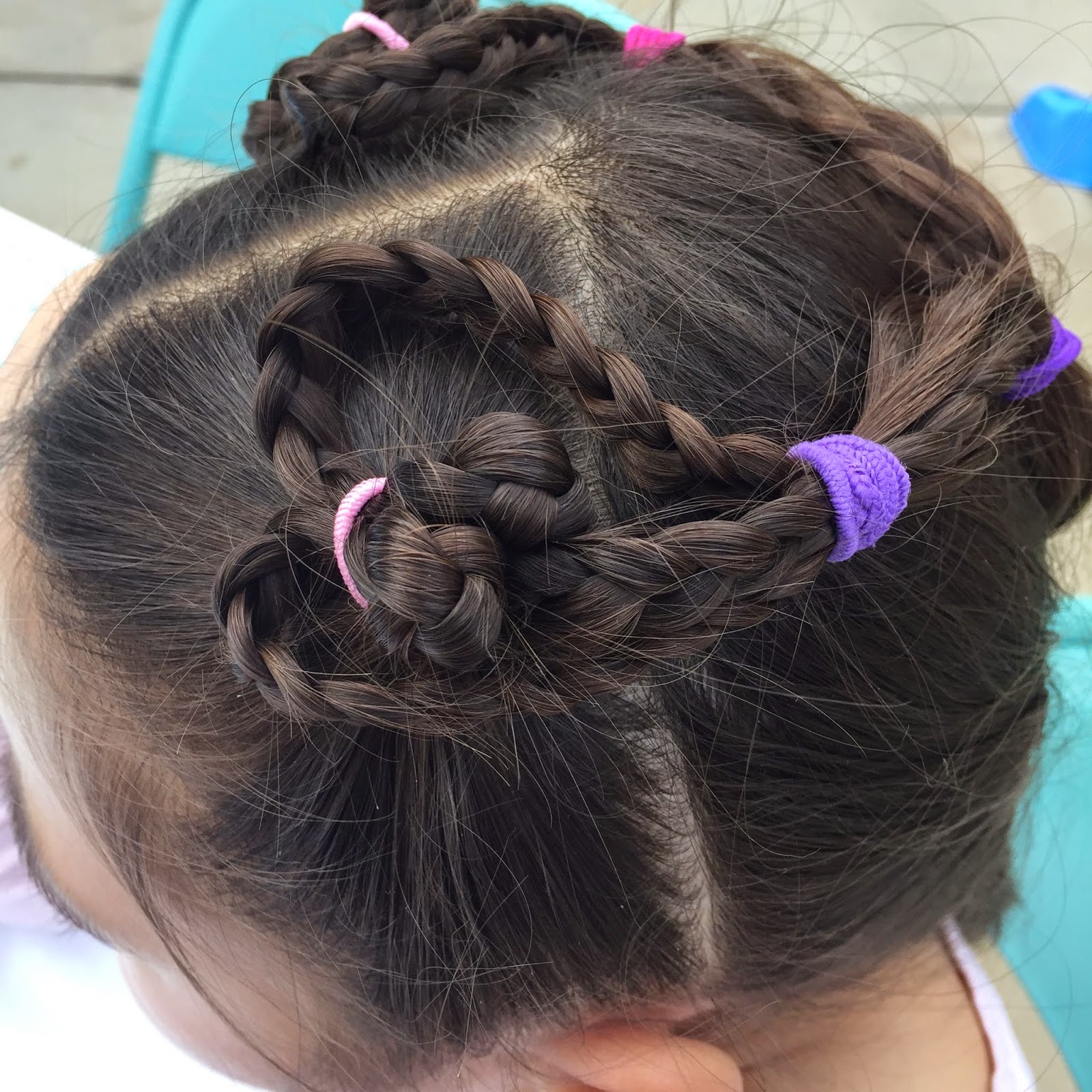 when we took the braids out, she liked the resulting waves so much that she wanted to wear it like that the next day.  except that the entire back of her head was stick-straight, and so it would have looked really bizarre. 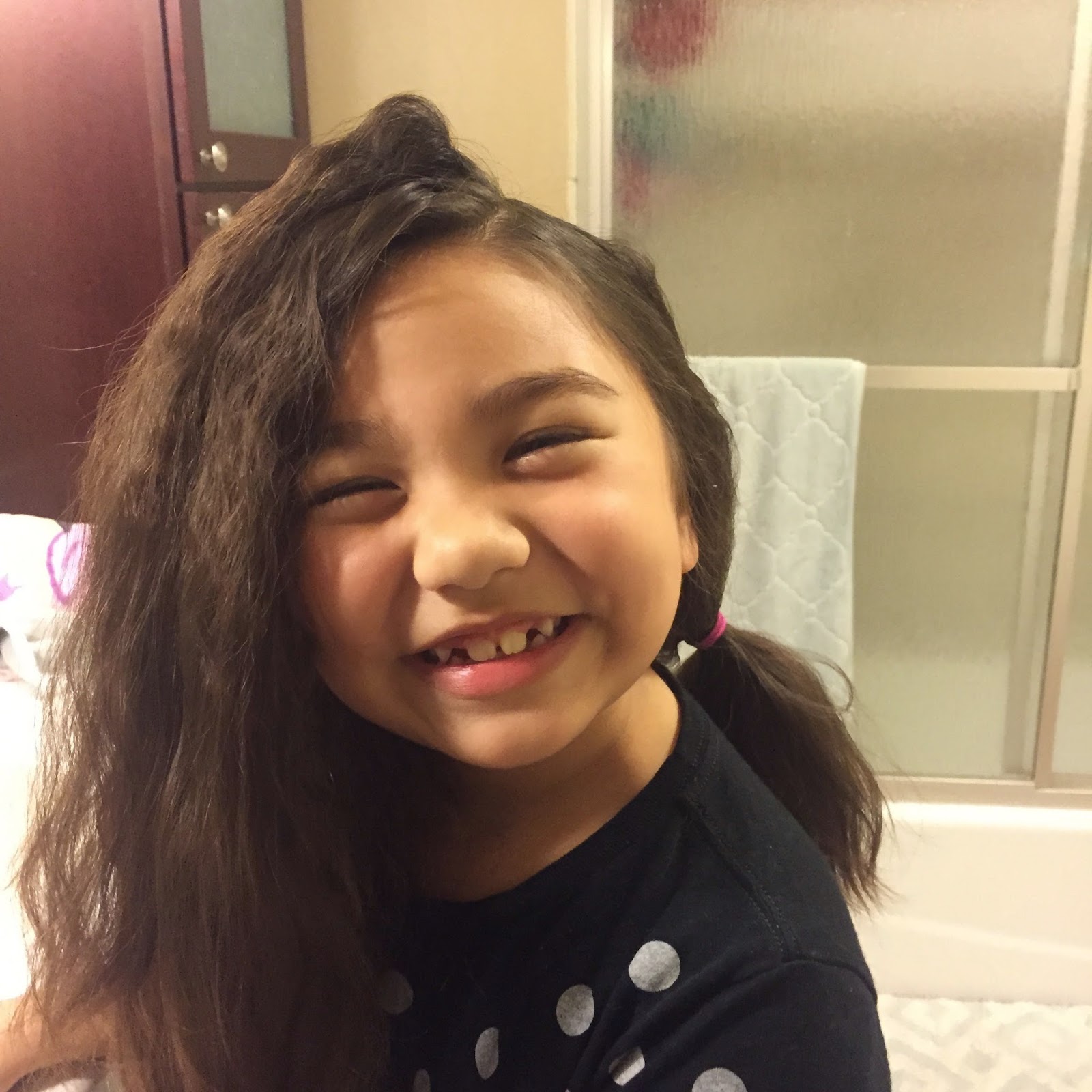 with the help of pinterest (of course), i found enough designs to last us through at least friday.  most of them were pretty easy, and there was a lot of braiding involved.  good thing i like braiding her hair anyway.

monday (just a bigger version of saturday's 'do): 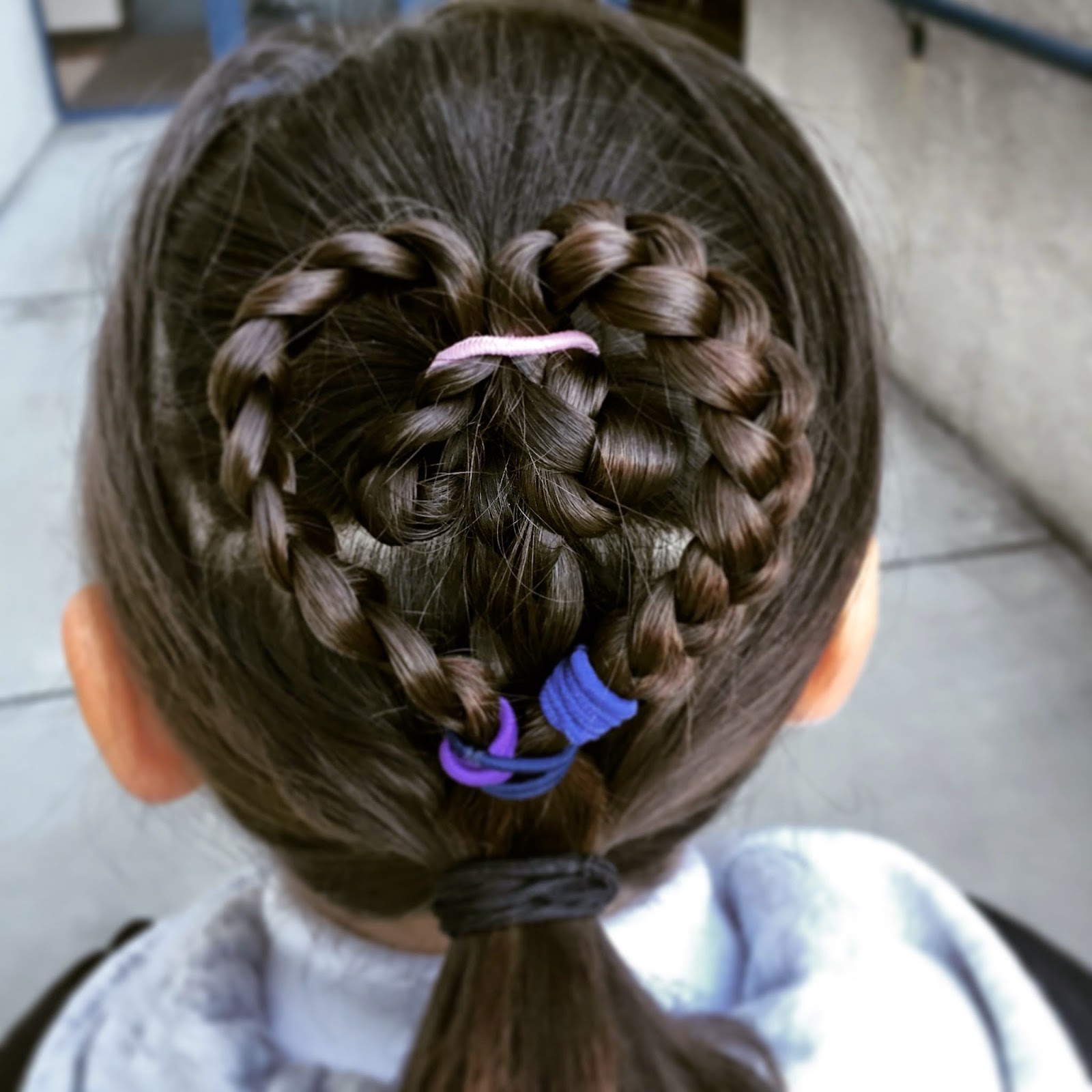 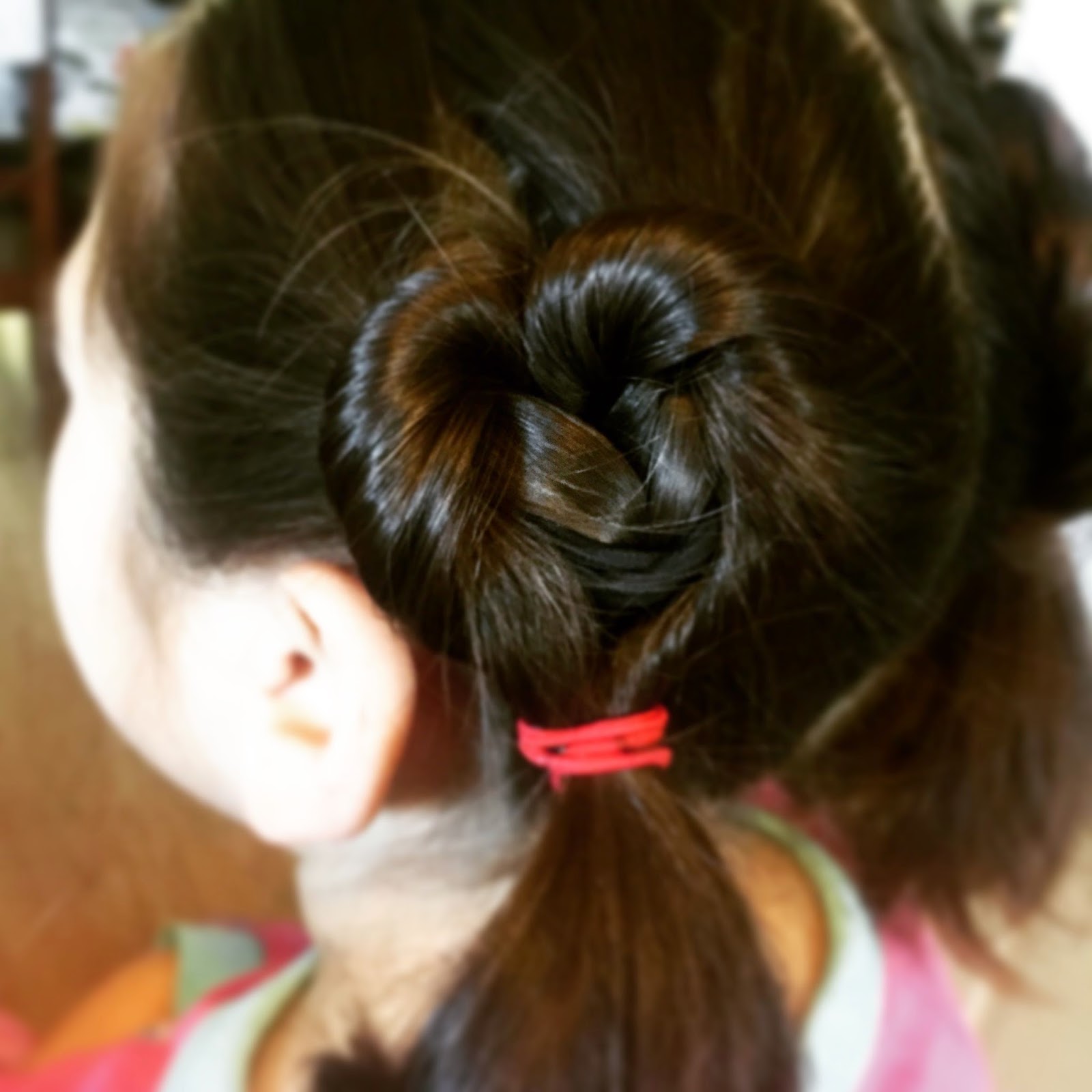 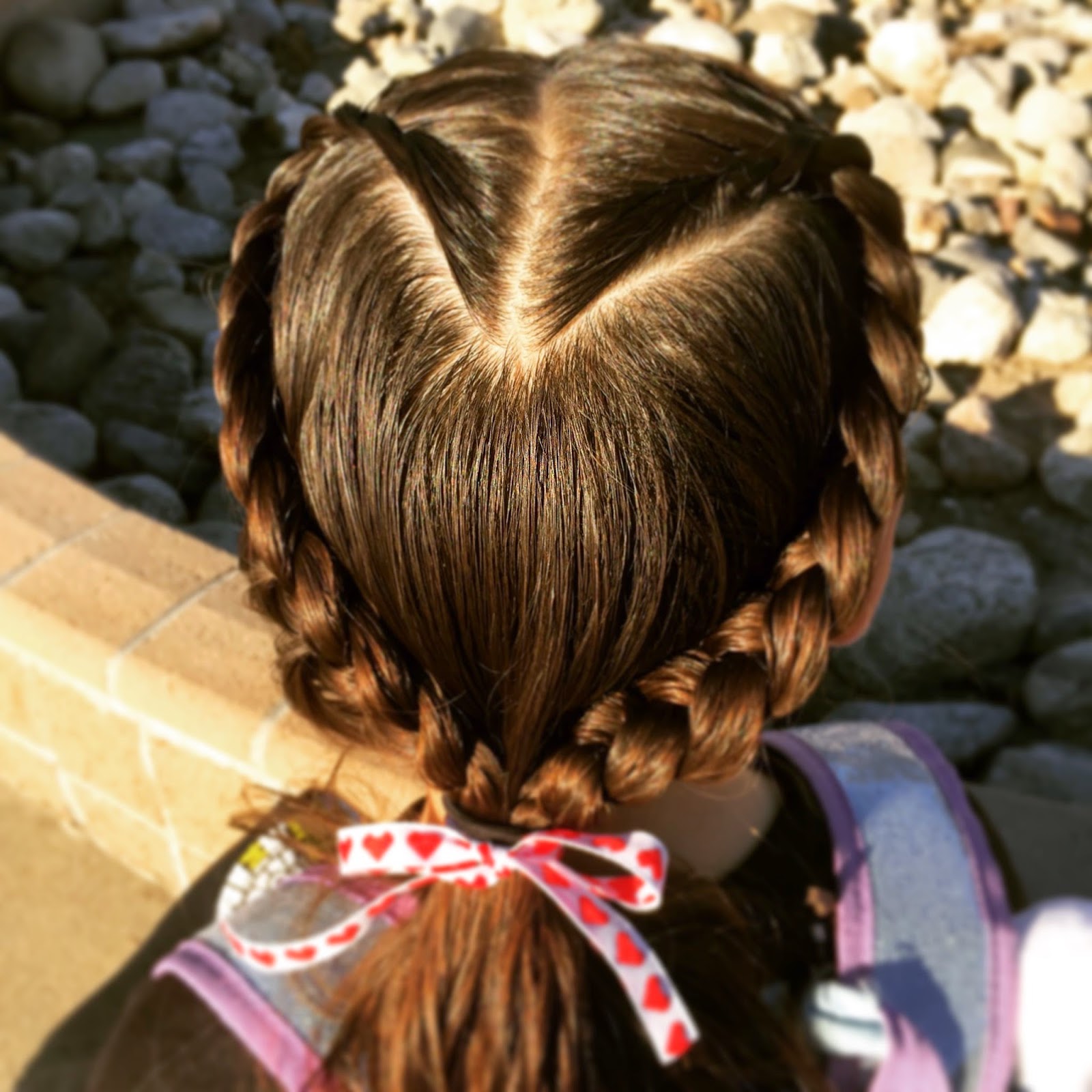 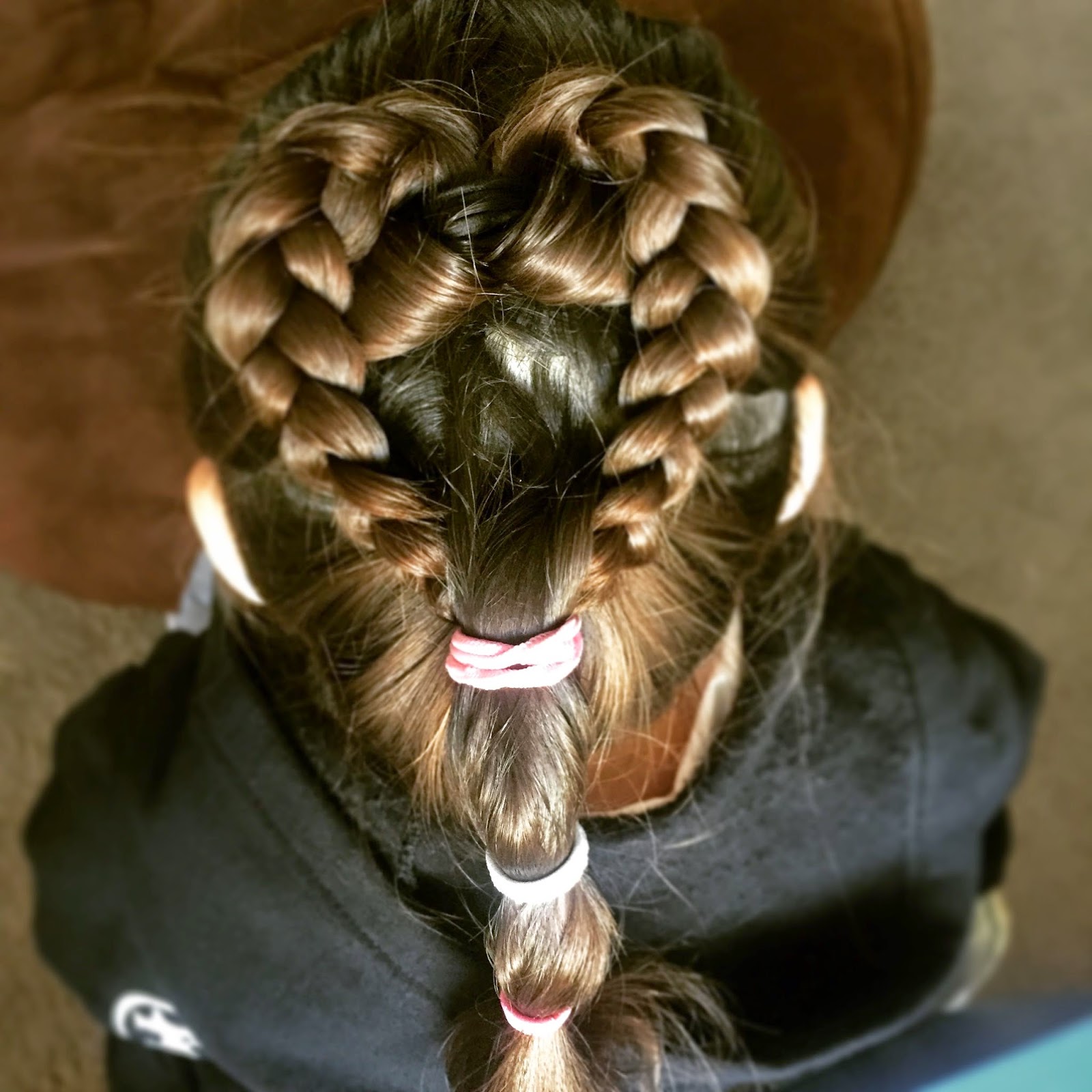 and i did a trial run for today's hair because it looked a little more complicated than the rest.  i think it's super cute, though, so it was worth the extra practice. 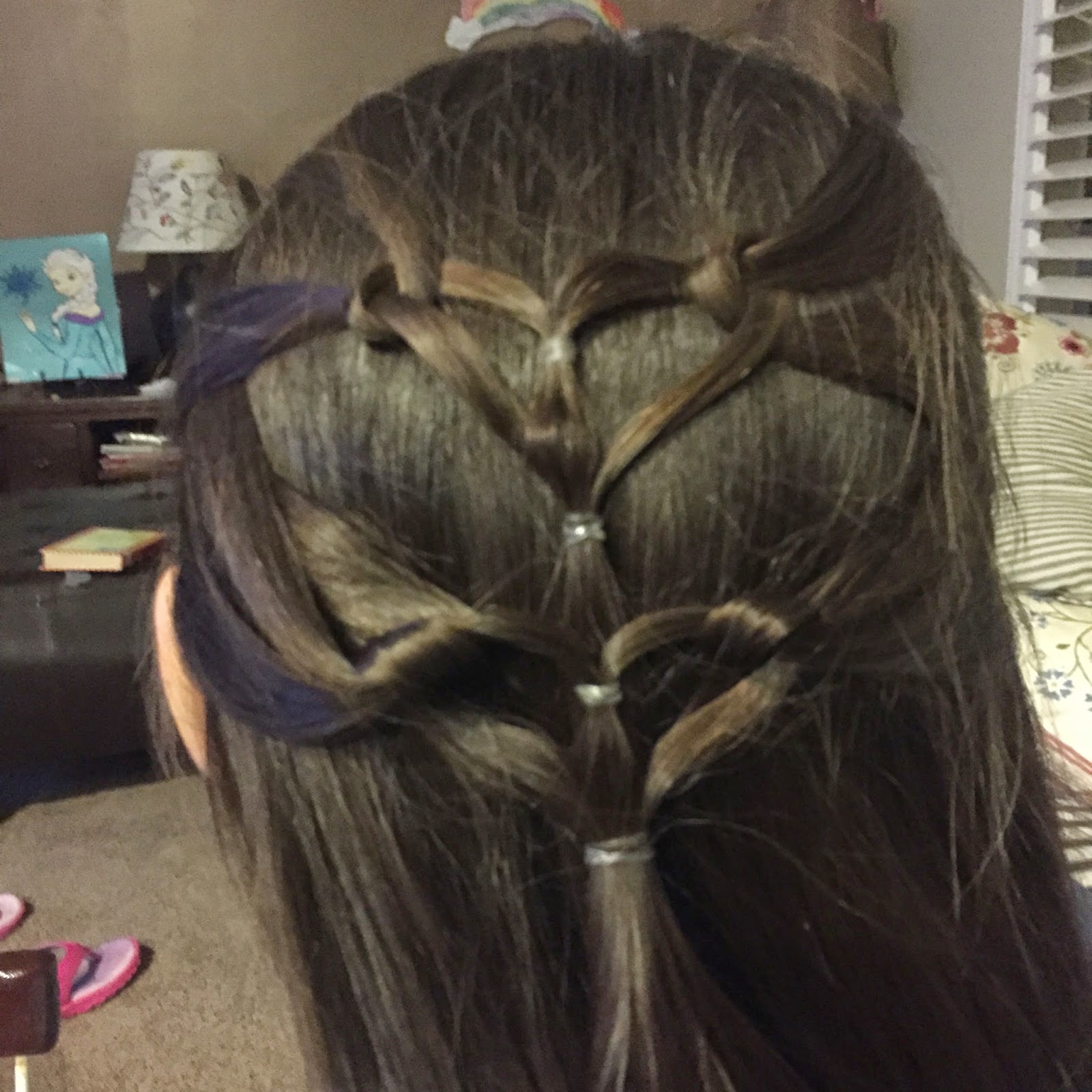