one of my facebook friends posted a link to a recipe that i thought sounded pretty tasty - homemade gnocchi in a light tomato broth.  with the wonderfully chilly and rainy weather we had a couple of days ago (shut up, east coasters, this is cold for us), i figured it would make a lovely warm meal that would still work with my challenge.

reading through the recipe, i realized that although i had all of the ingredients ready, i didn't have one of the most basic kitchen tools that was required - a box grater.  so between all of the other errands and things i had to accomplish that day, i squeezed in a trip to target to pick one up.  after getting the potatoes baked, i was finally ready to get to work. 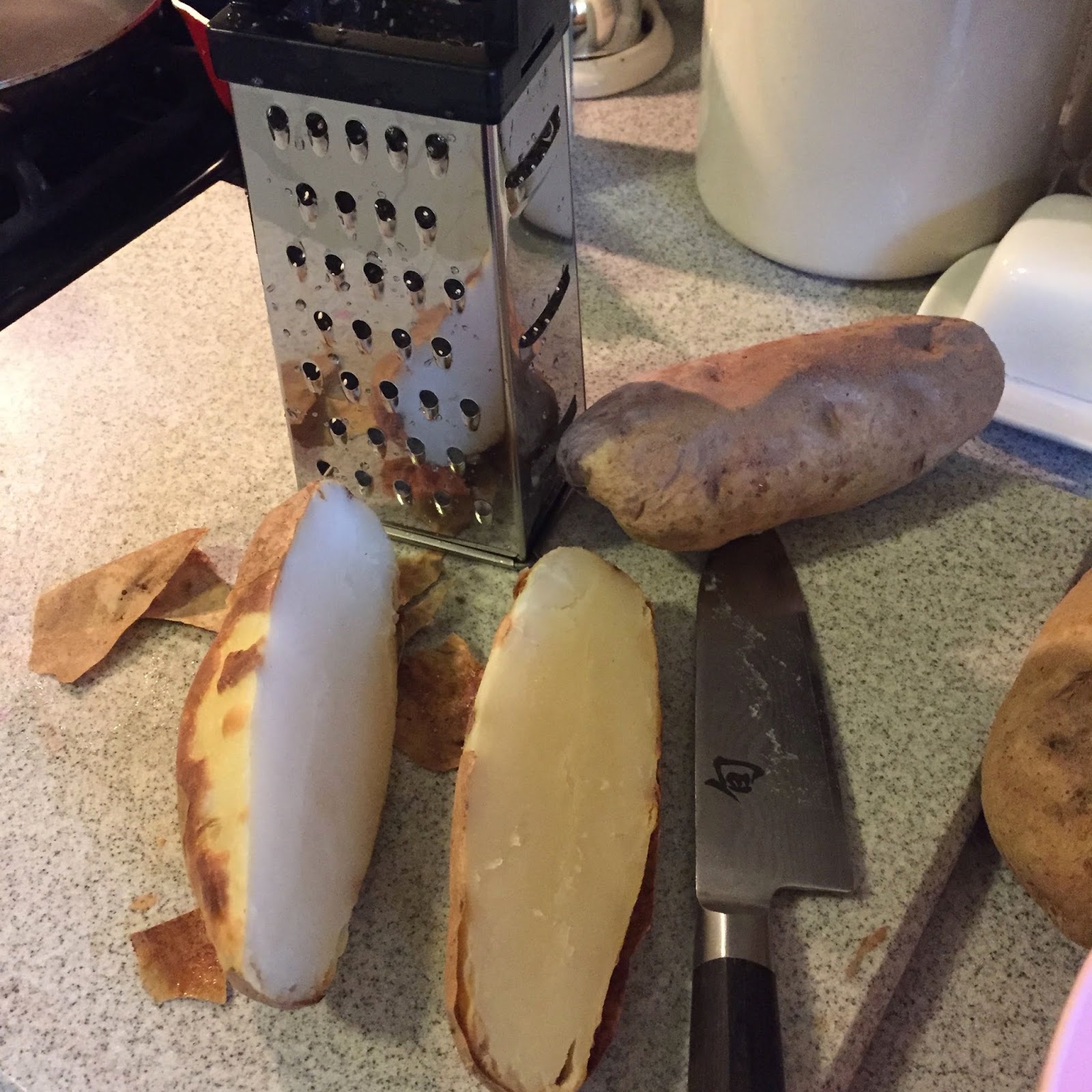 when i was done peeling and grating the spuds, i remembered why i'd switched to a food processor.  because box graters suck ass.  i'm lucky to have escaped with my fingers intact.  but at least i was ready for the next step. 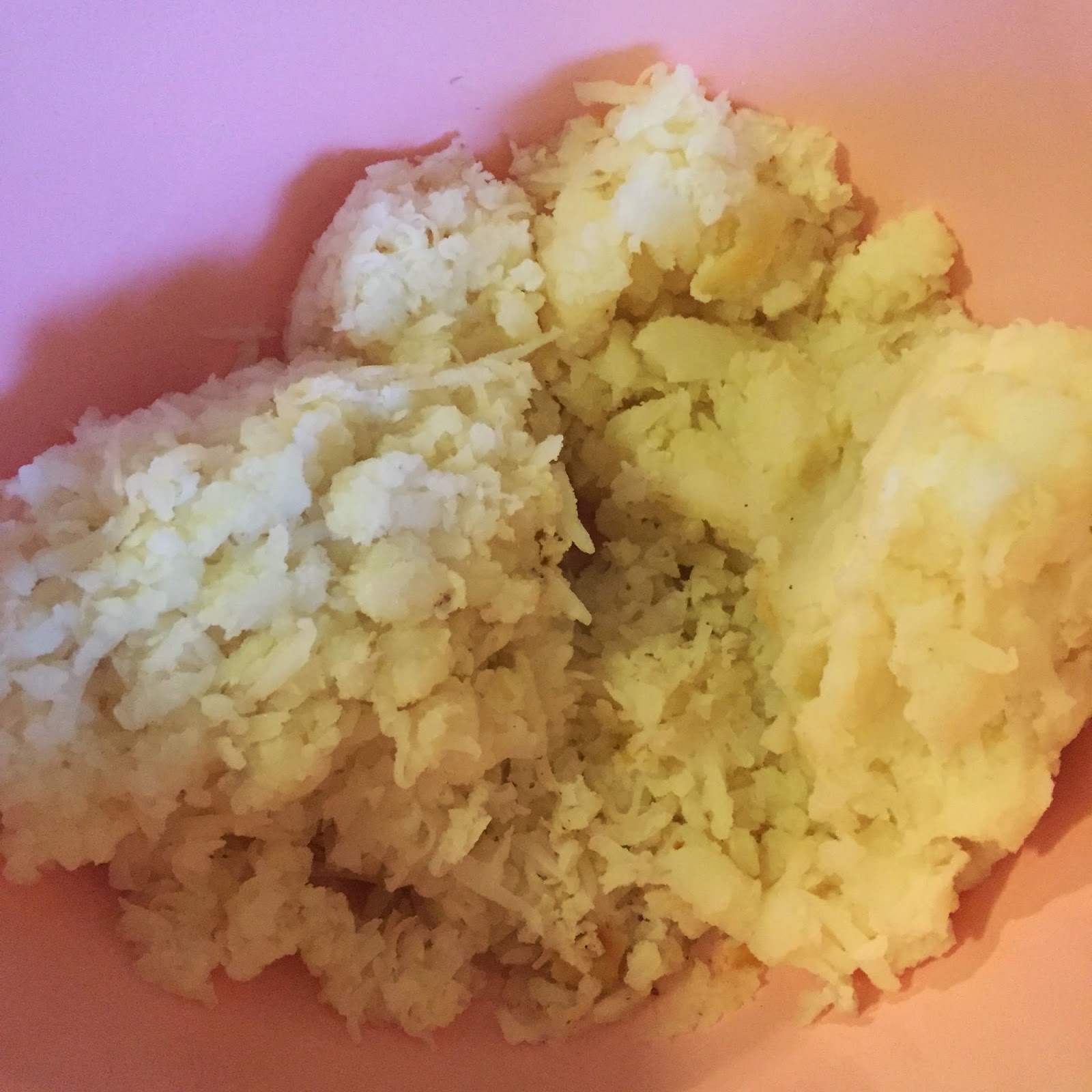 as all of this was going on, my tomato broth was happily simmering on the stove and sending out a really lovely aroma that was wafting through the house. 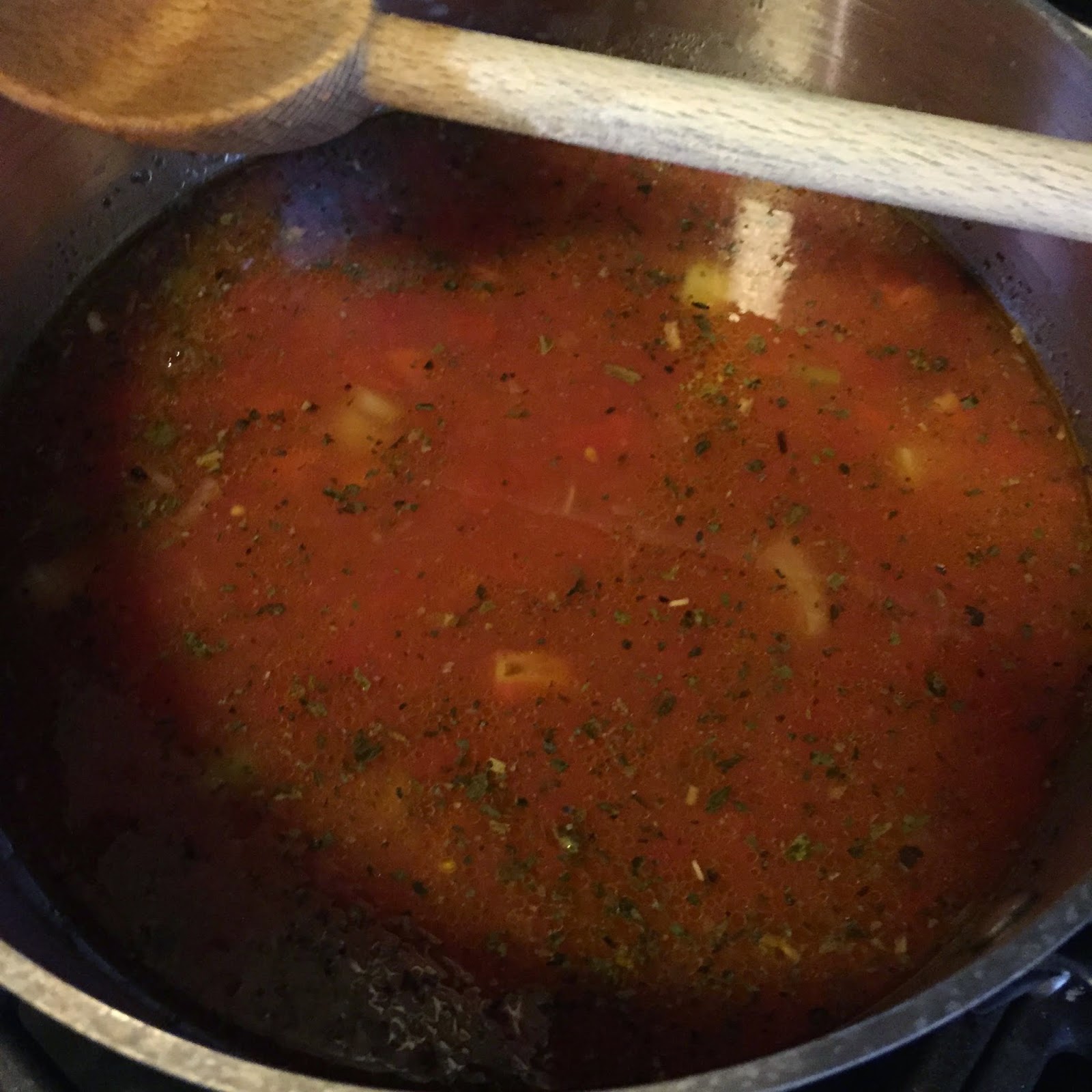 in an attempt to keep the recipe as "clean" as possible, i subbed in whole wheat flour for the all-purpose stuff.  i'm kind of wondering if that's why my gnocchi didn't seem as light and pillowy as it should have been.  in any case, i was rolling right through the recipe and was ready to drop a few pieces in my pot of salted boiling water for a test run. 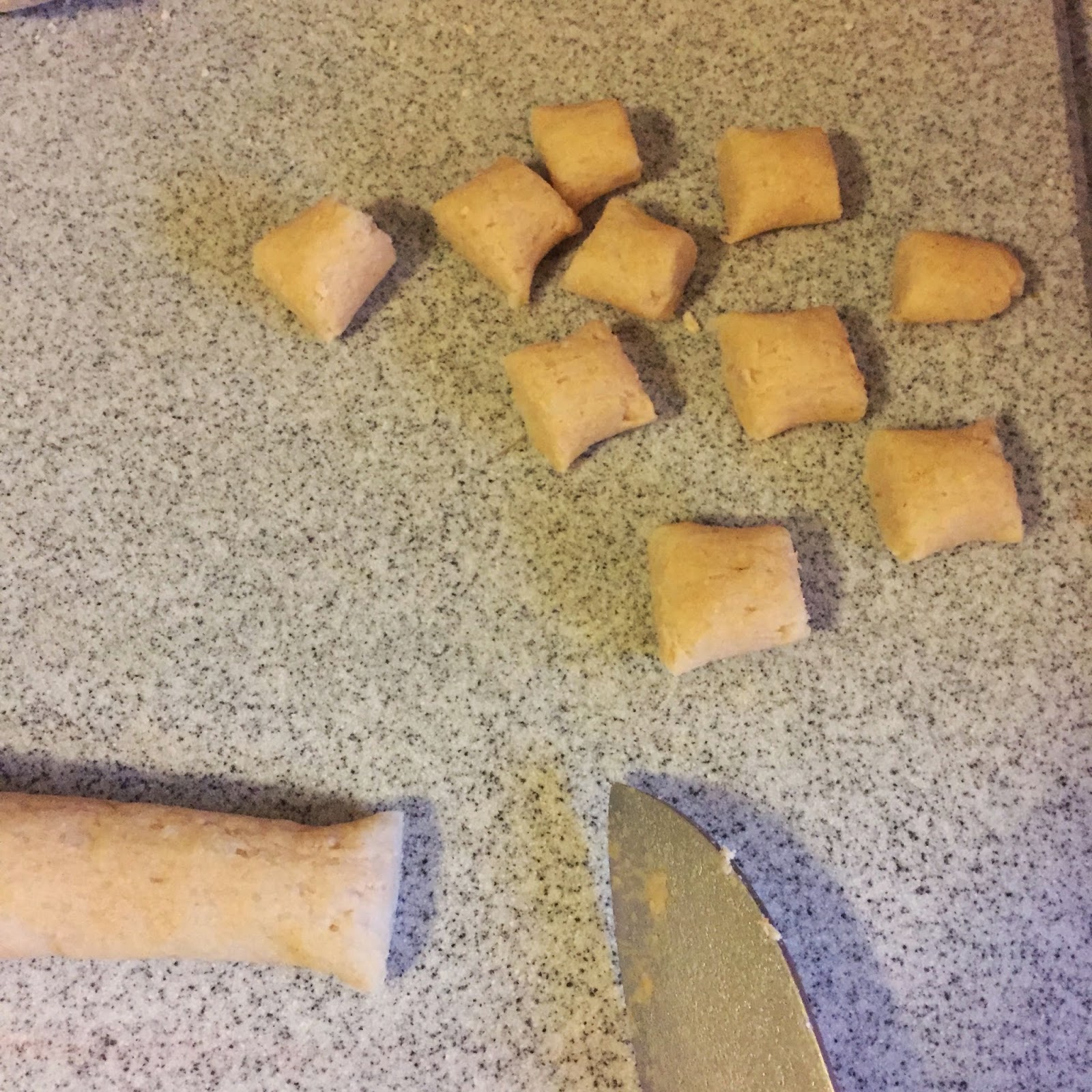 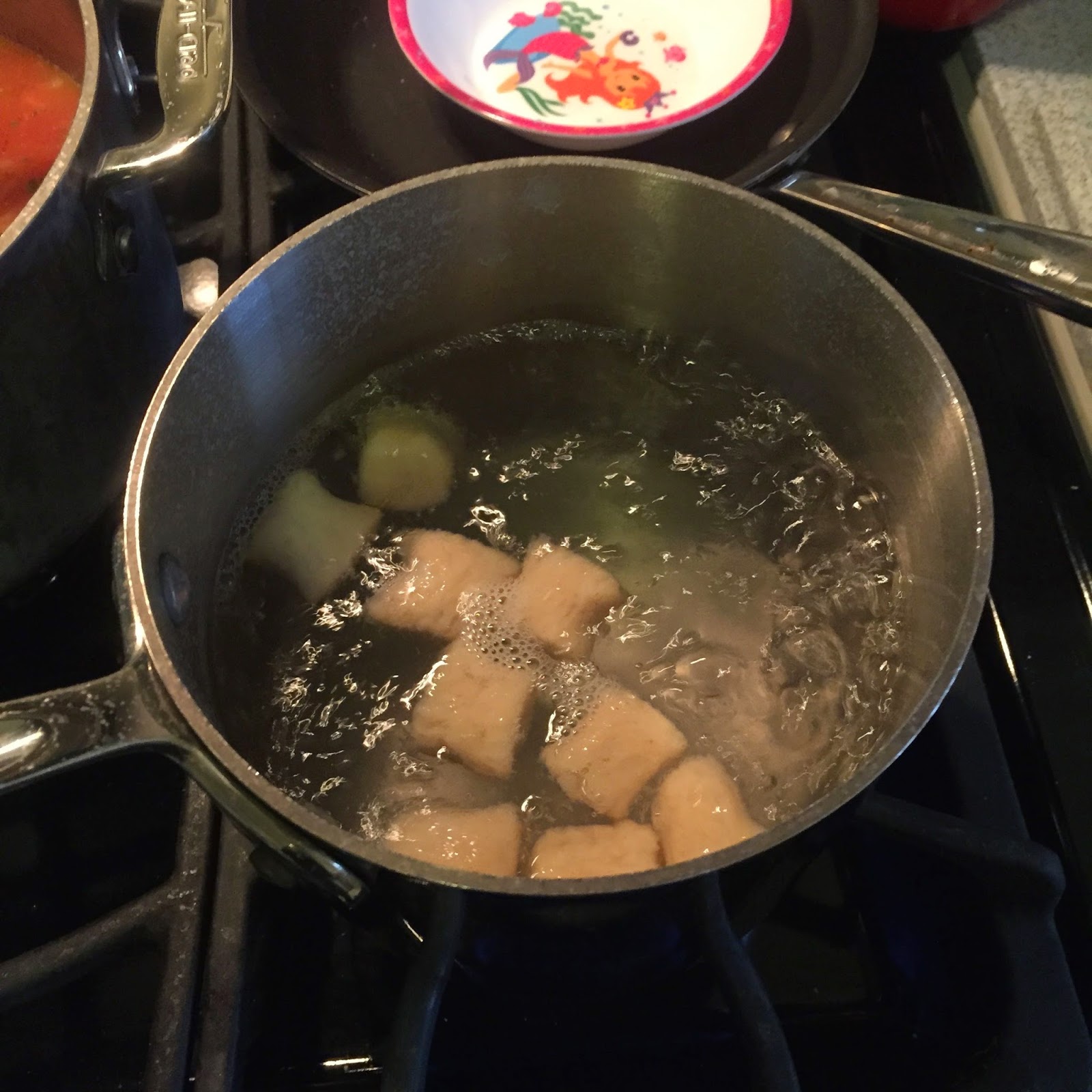 i was pretty happy when i pulled the gnocchi out and dipped it into the broth for a sample.  the gnocchi was nice and chewy, and the broth was really tasty.  maybe this wasn't so bad after all.  and to pump it up a little, i threw some chicken onto the foreman grill, diced it up and tossed it in.  voila: 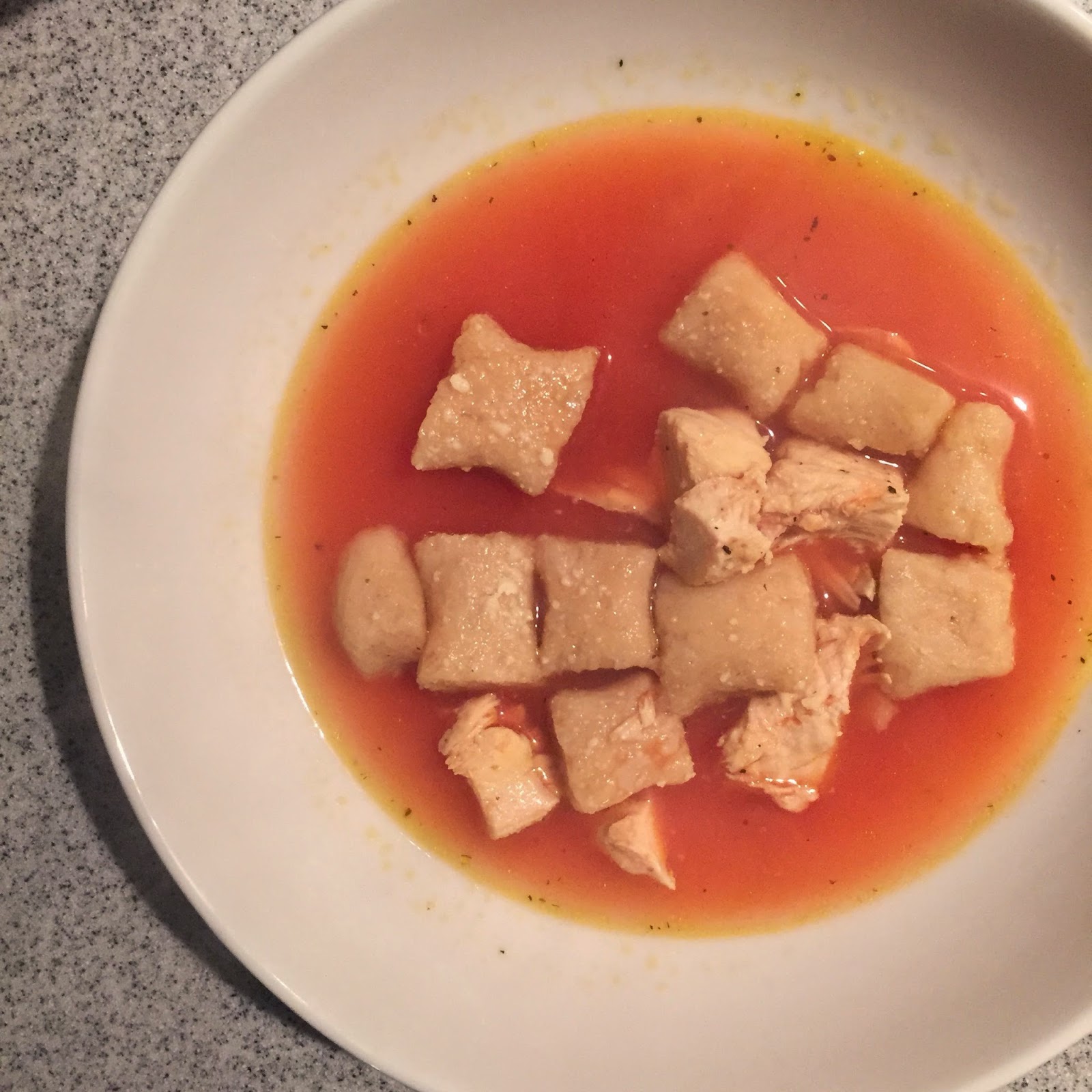 i'm really glad i did that, because this was most definitely a light meal.  next time, i'm going to double up on the broth and cook all of the gnocchi instead of freezing half of it for another time.  and there's another side benefit to this recipe for me - the veggies that got strained out of the broth are perfect for tossing in the vitamix for a tasty, savory breakfast juice. 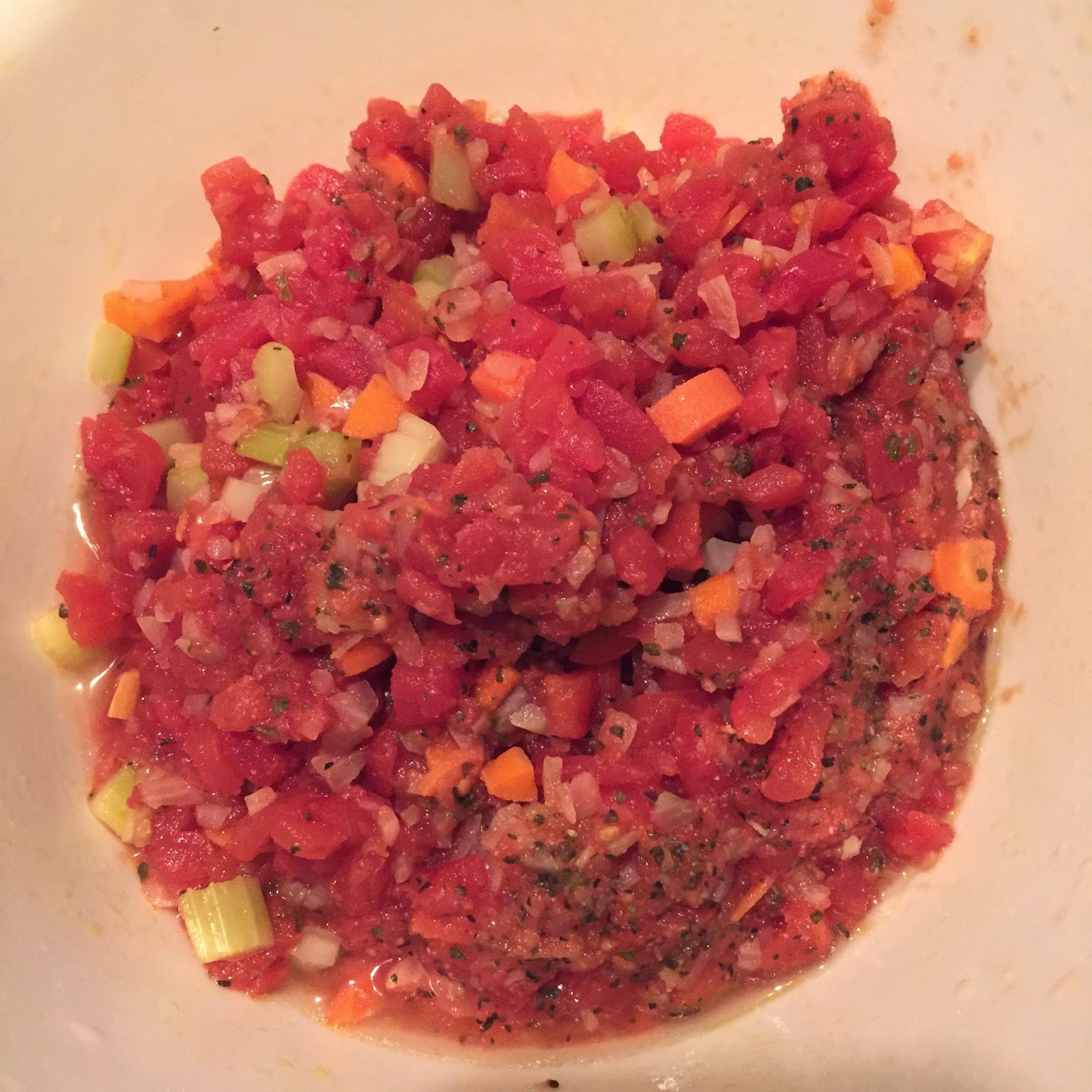 even the teen, who's not a gnocchi fan at all, enjoyed a leftover bowl of this stuff.  i was thinking that i should probably just stick to store-bought gnocchi, but after seeing that she liked it too, maybe i'll give it another shot.  i even found another recipe that i want to try next - ricotta gnocchi.