disclaimer:  i received free products in order to host the disney side @ home celebration.  the opinions expressed here are my own.

so last month, i shared with you that i'd been chosen to receive a fun box of supplies to throw a disney side celebration.  it's basically a big ol' playdate, semi-sponsored by disney, with games and activities and all sorts of fun things to do.  i was excited to have some friends come over, spend some quality time together, and immerse ourselves in some disney magic.

looking over the items in that magical box, i decided to do a minnie mouse-themed gathering - a little cookie decorating, play a game or two, serve fun snacks, do some nails.  we could set up stations around the table for the various activities and just hang out and have a good time.

the bean and i had been to a birthday party the weekend before that gave me some fun decorating ideas.  one of the things i'd seen and liked was something i knew i'd pinned a tutorial for on pinterest - tinted mason jars.  like this: 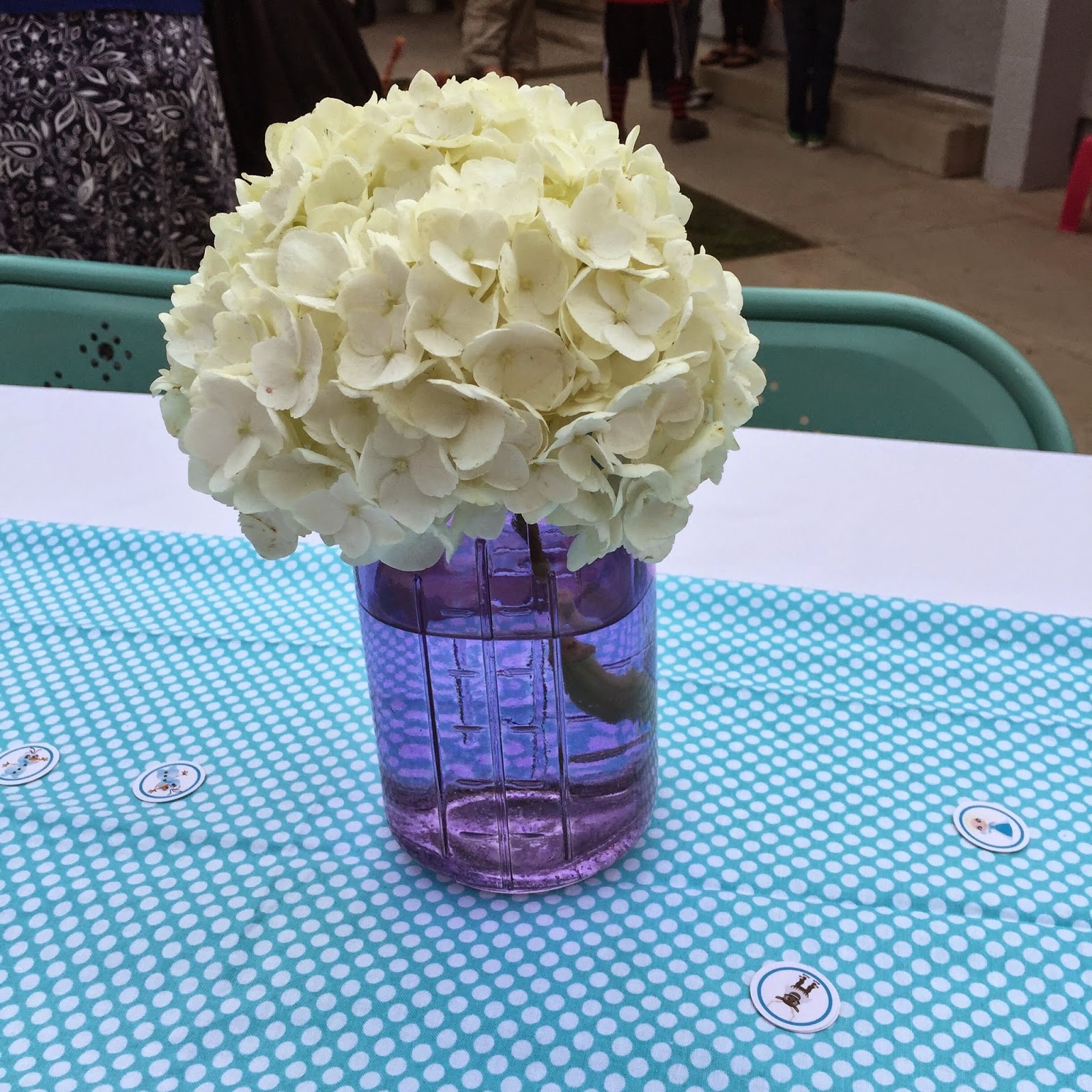 pretty, right?  and so i went straight to my "stuff i wanna make" board in search of that pin, and when i found it and skimmed over the directions i figured it was worth a shot.  with a little diluted food dye and some glossy mod podge later, this went into the oven to dry: 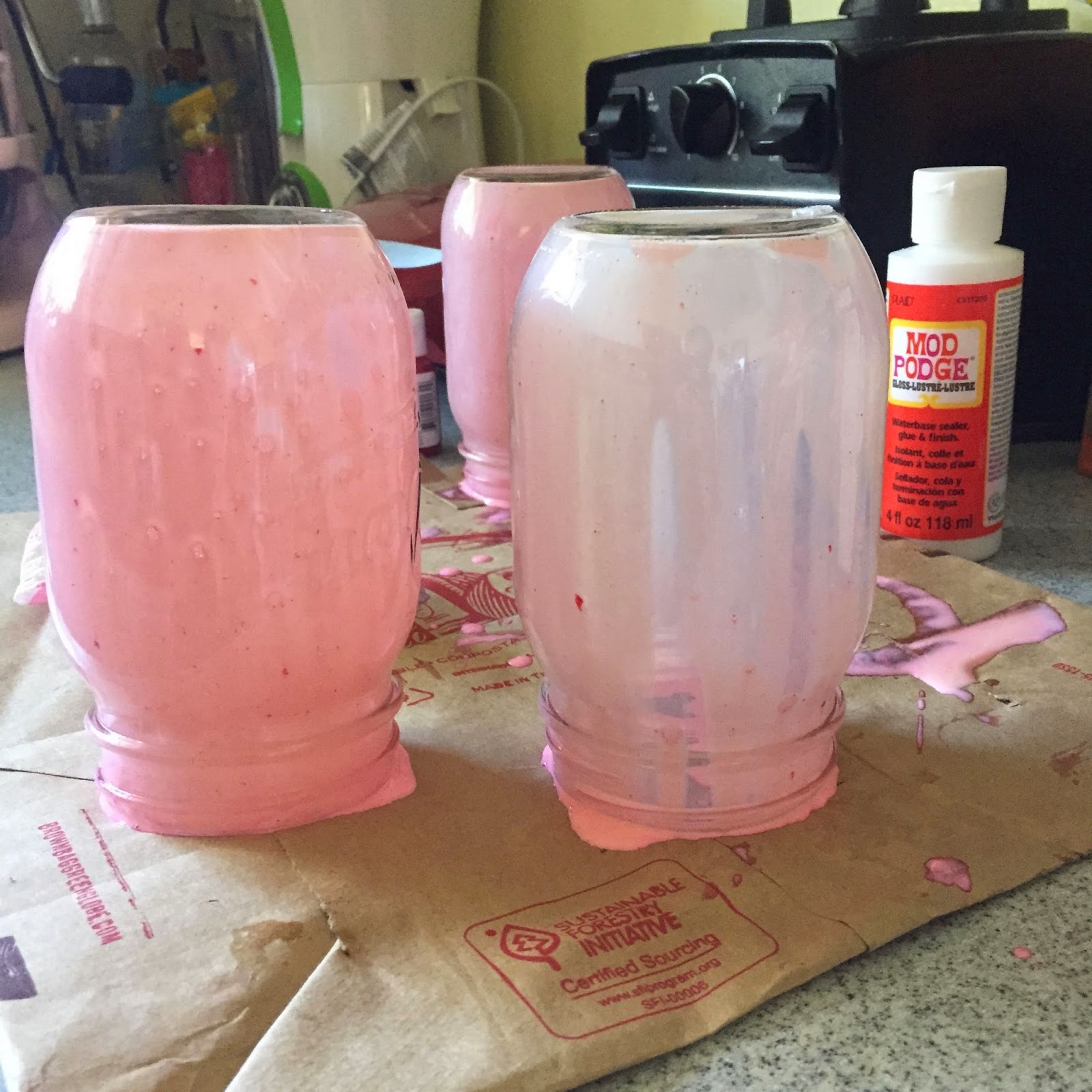 while that was baking, i busted out some craft tools i hadn't touched in ages.  well, besides the scissors.  the other stuff hadn't seen the light of day in at least a couple of years. 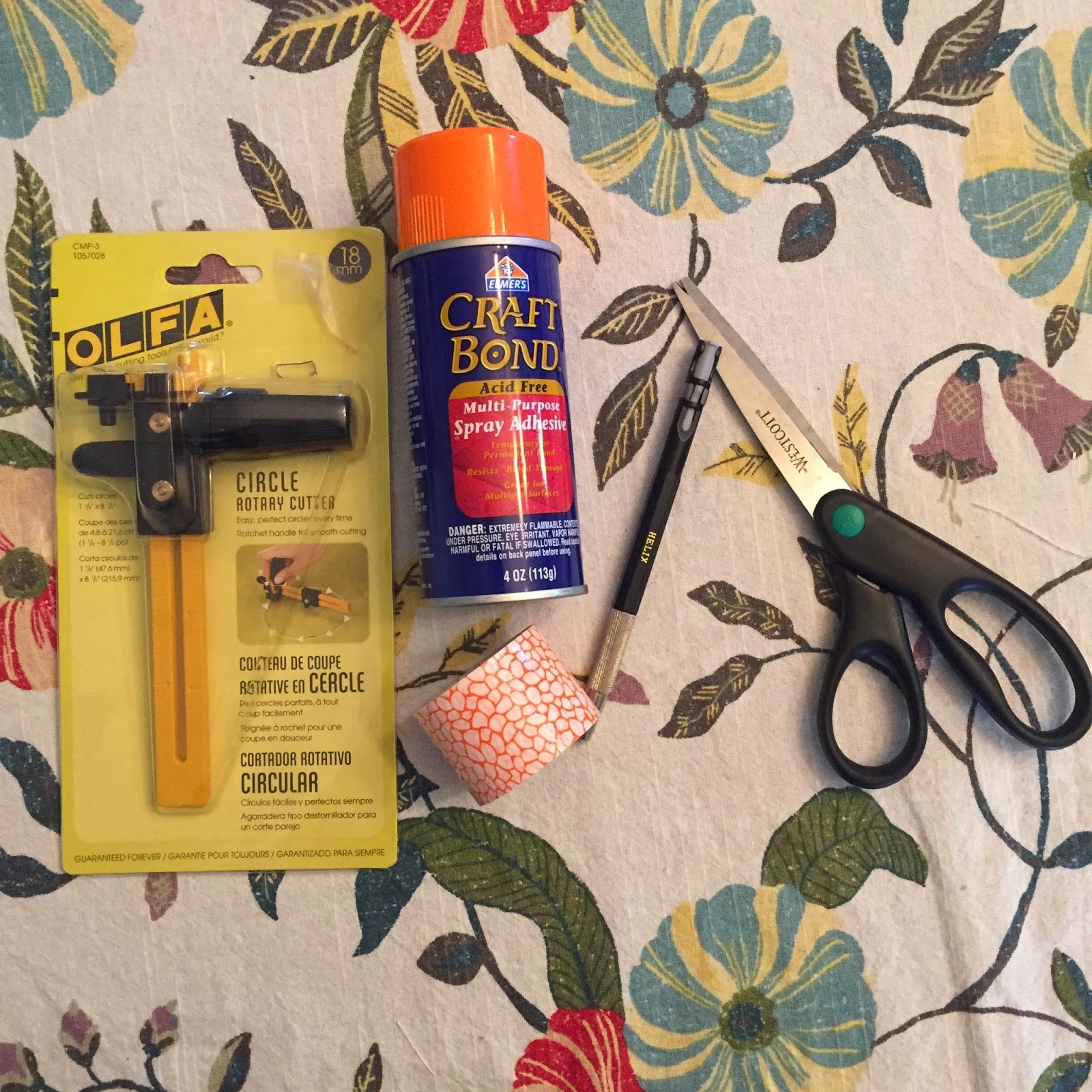 inspired by photos i'd seen of other people's disney side celebrations, i threw together a quickie "photo booth." 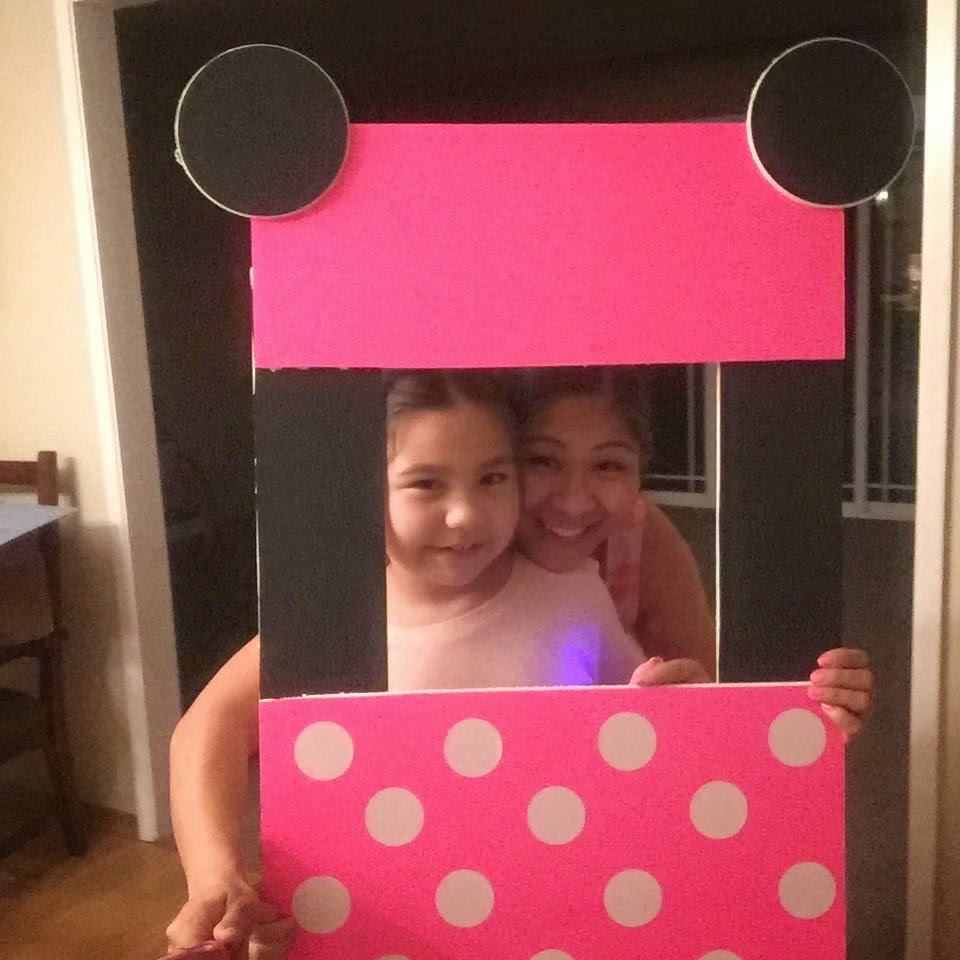 and one of our games - a beanbag toss. 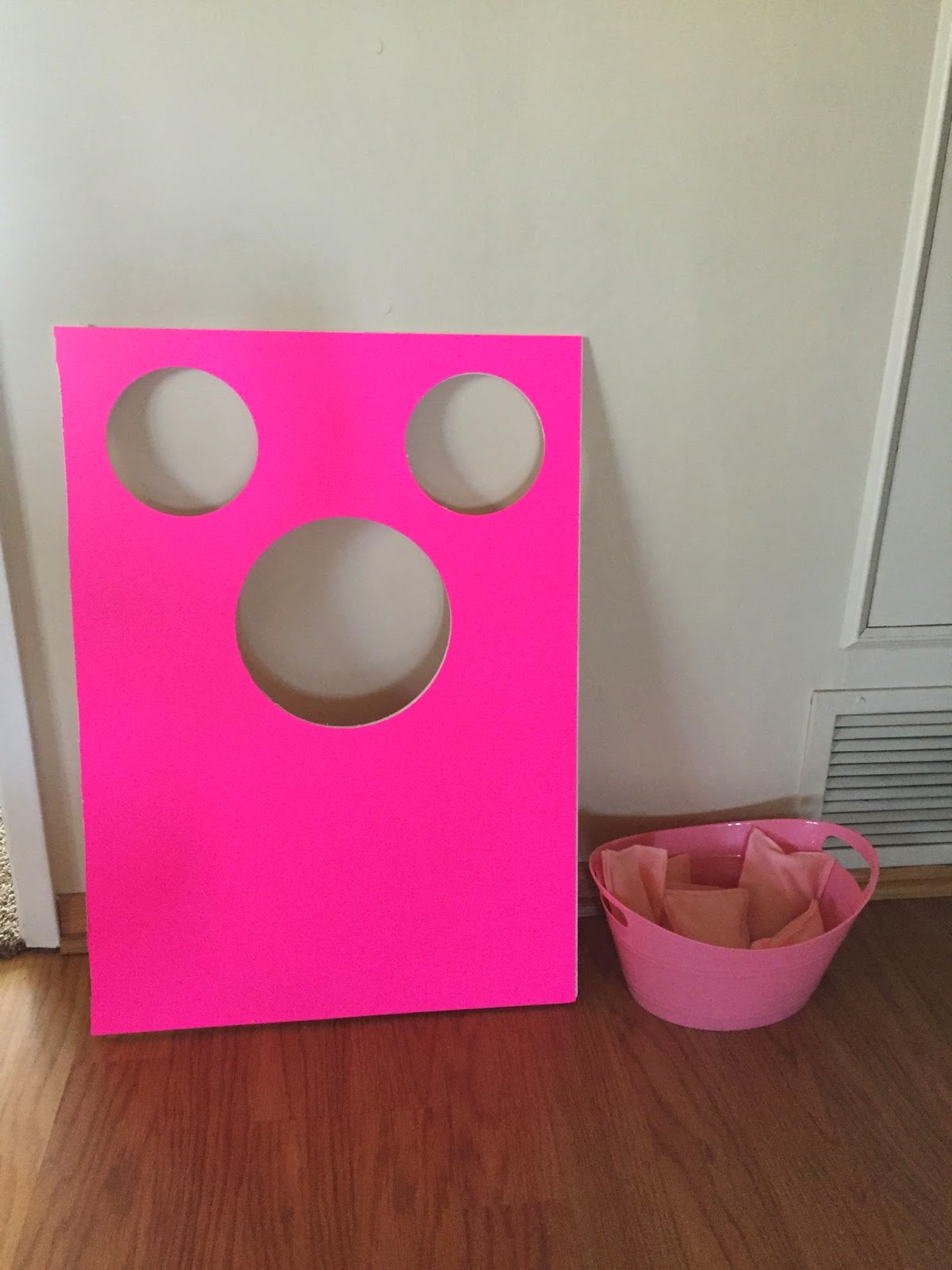 my die-cutting machine came in quite handy, too.  i used it to create some little minnie heads and bows that i strung on bright ribbon and hung from the ceiling: 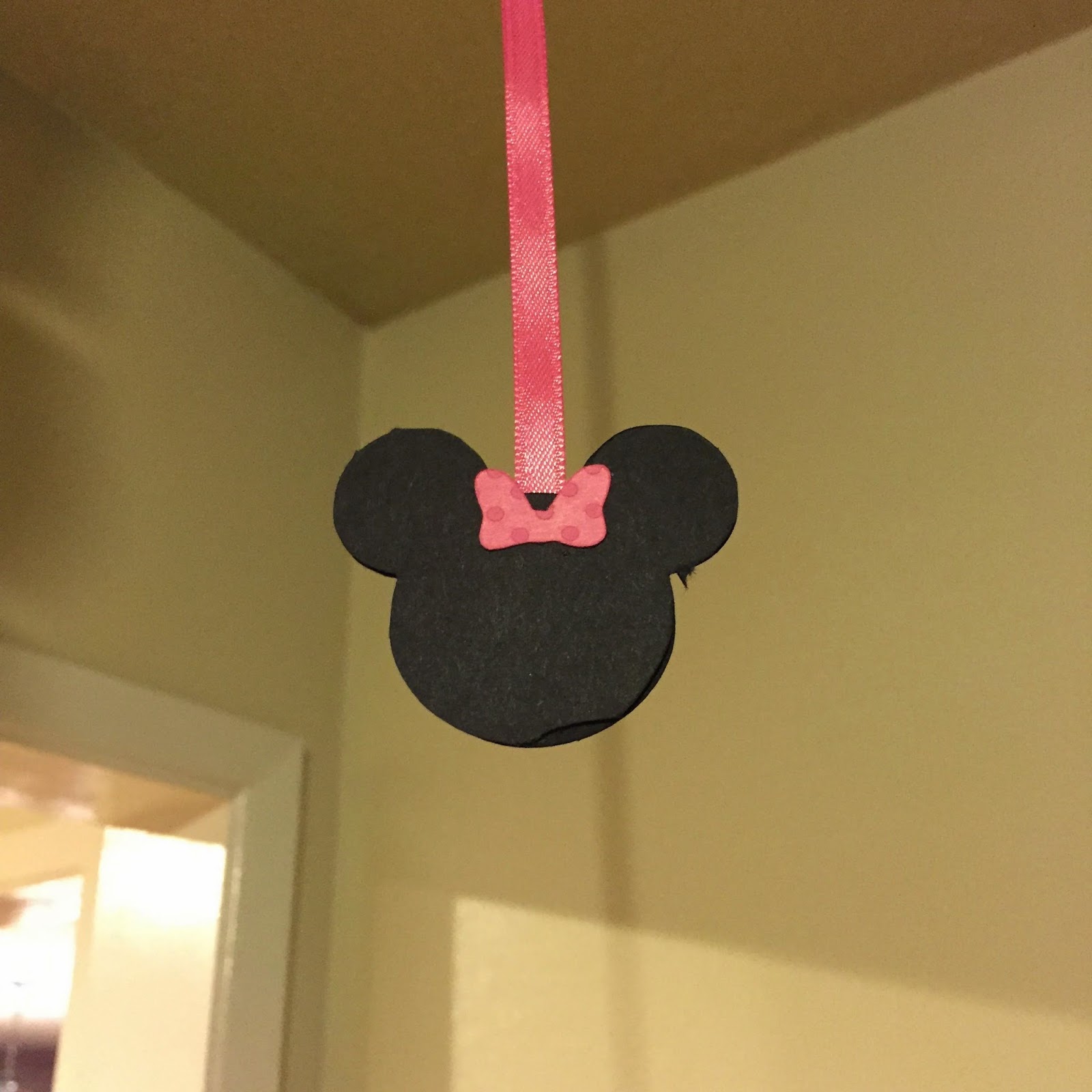 this was actually supposed to be a "put the smile on mickey" game.  except that mine arrived without the smiles.  and so i cut out a giant version of minnie's bow, found a sharpie for some eyelashes, and turned it into "pin the bow on minnie" instead.  i'm a genius, right? 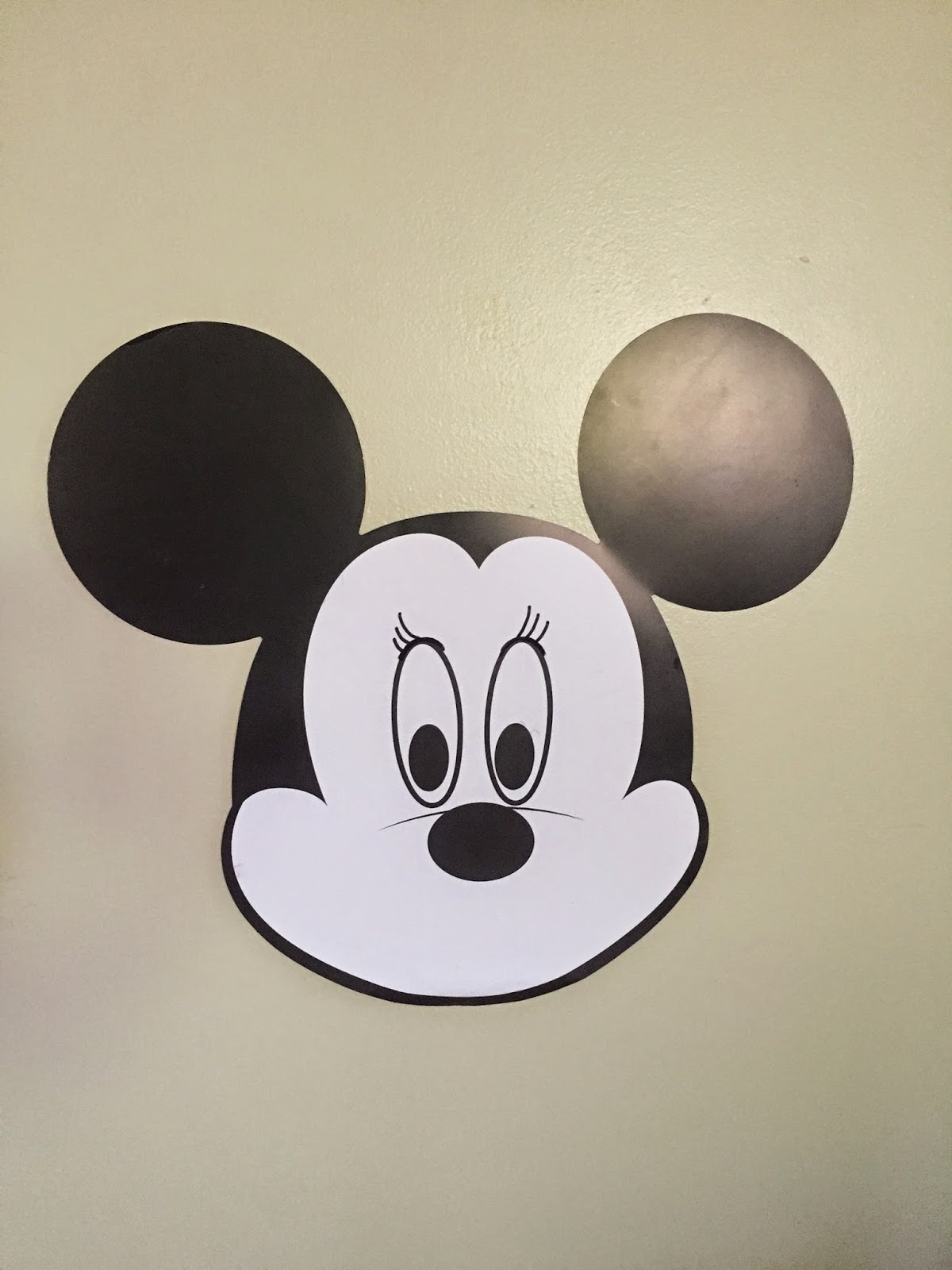 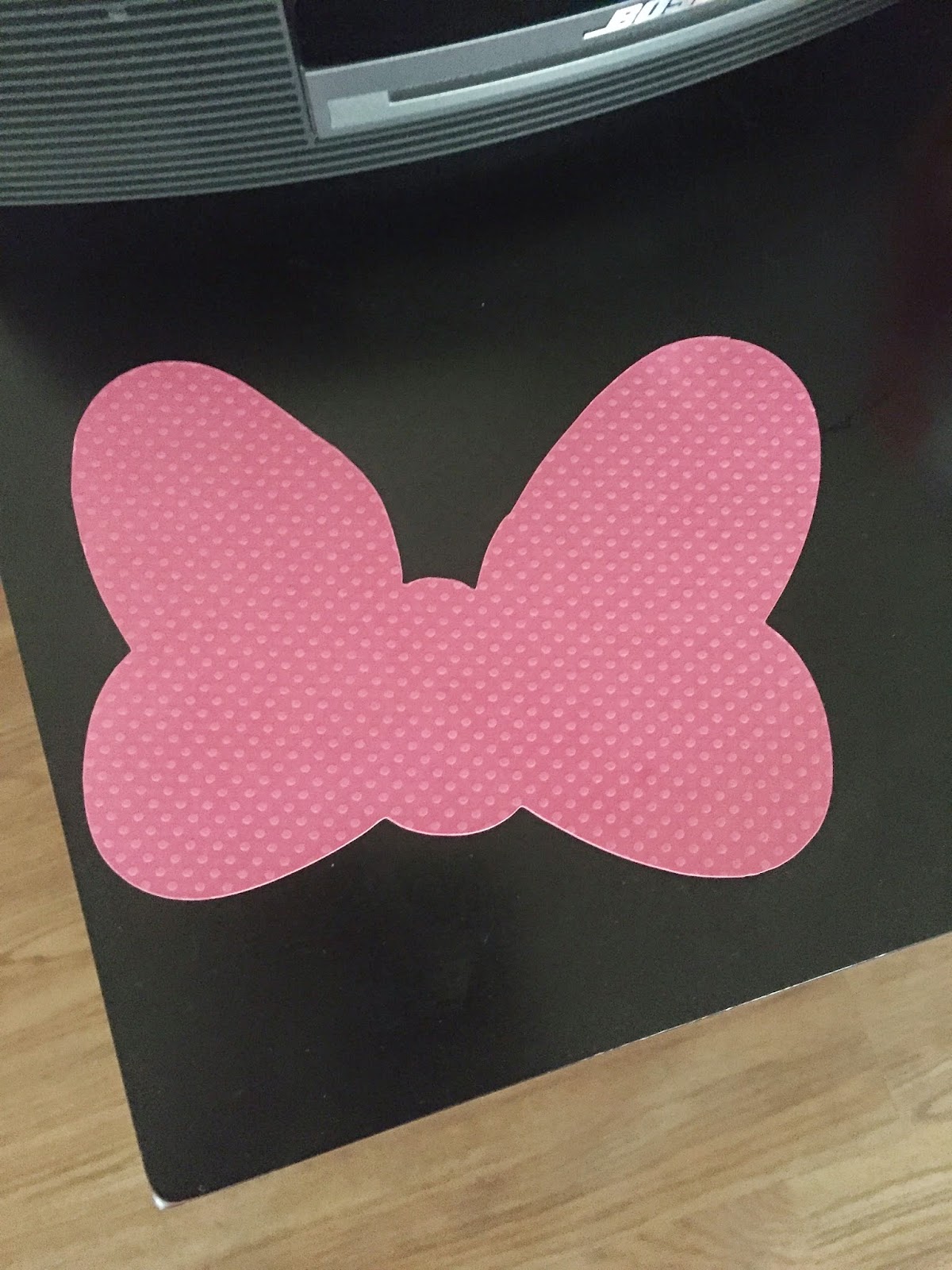 also pilfered from that birthday party - a pretty ribbon garland. 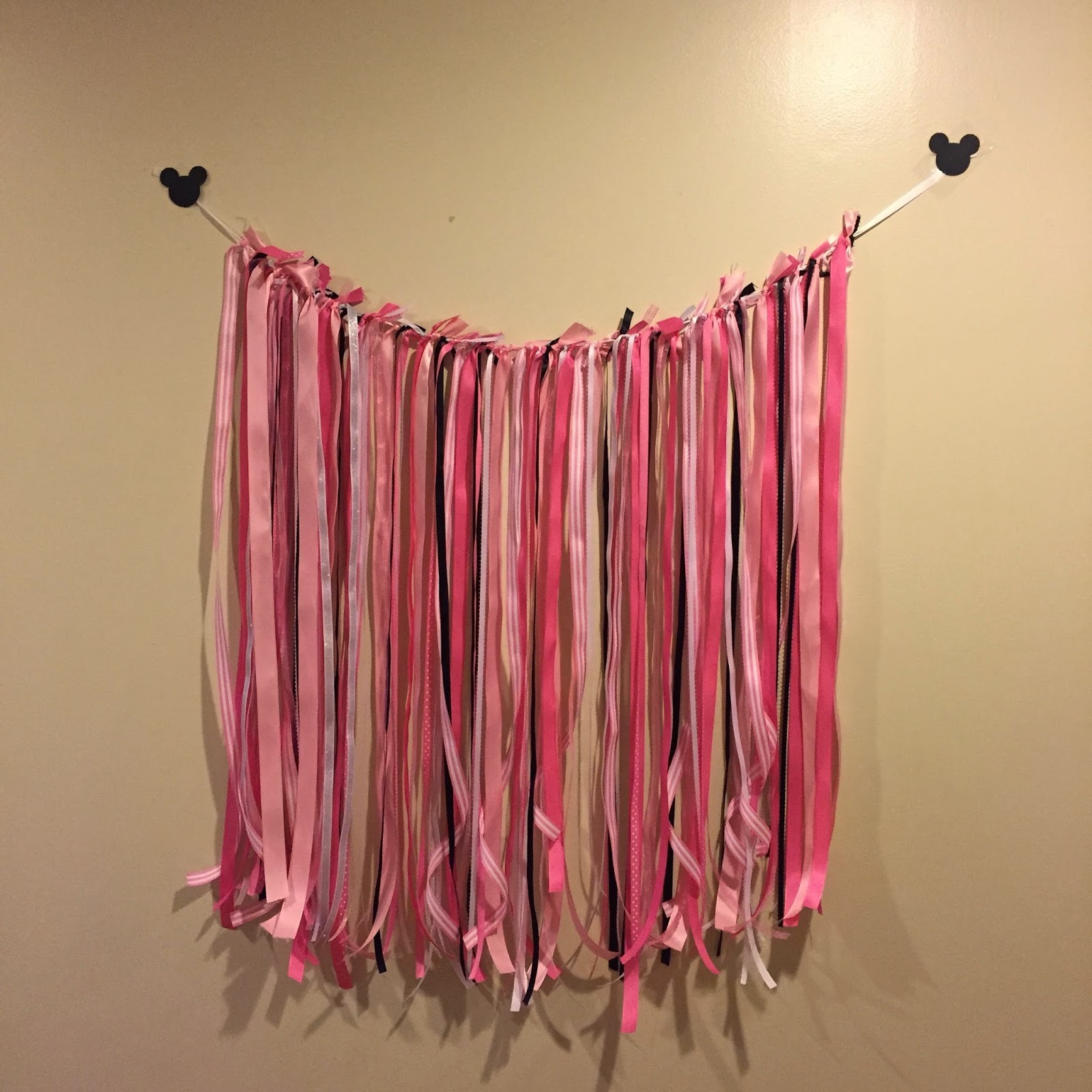 i'd bought some face painting crayons at party city, and the bean was dying to test them out on me.  when i finally sat down to take a party-prepping break, she got right to work. 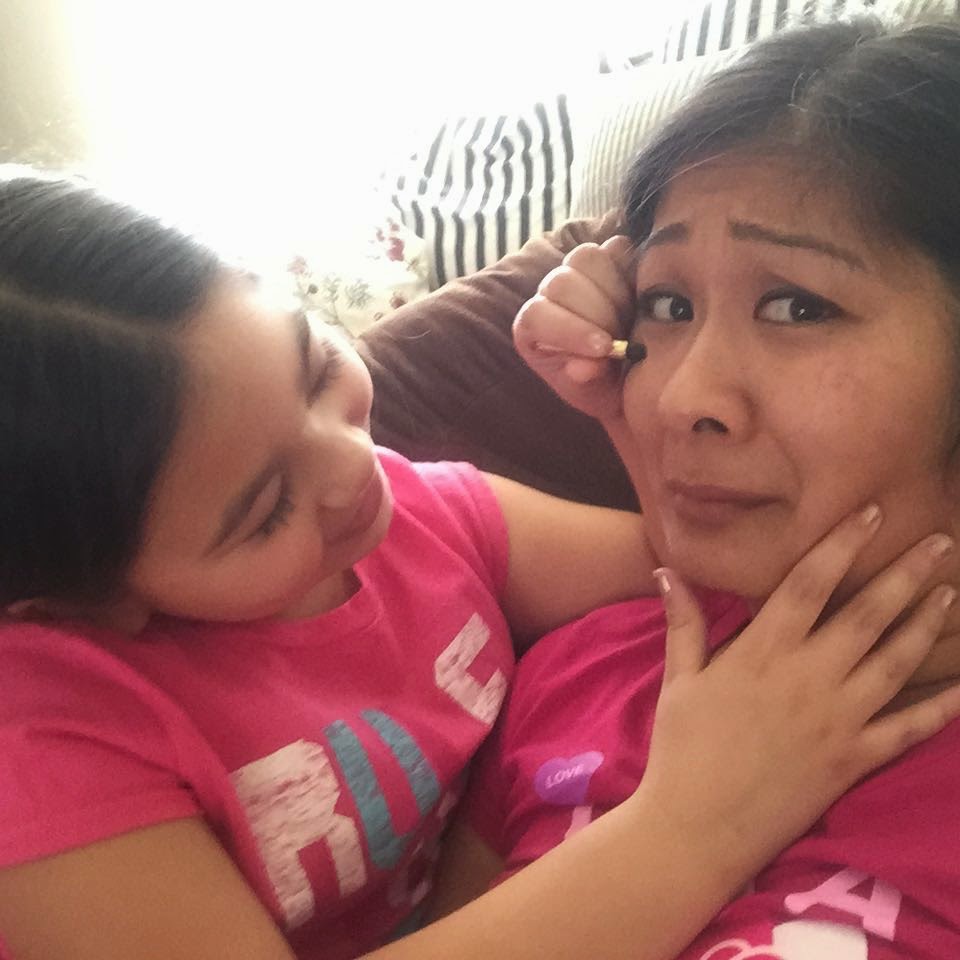 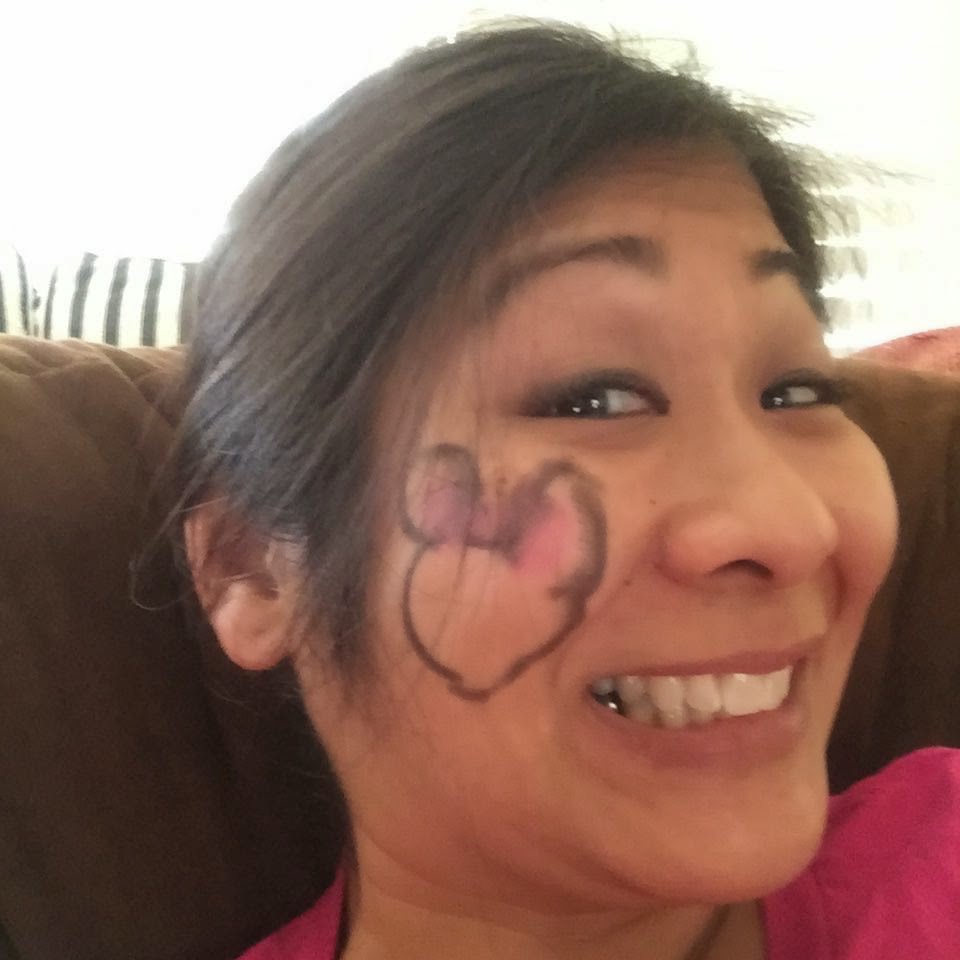 of course, she had a turn too: 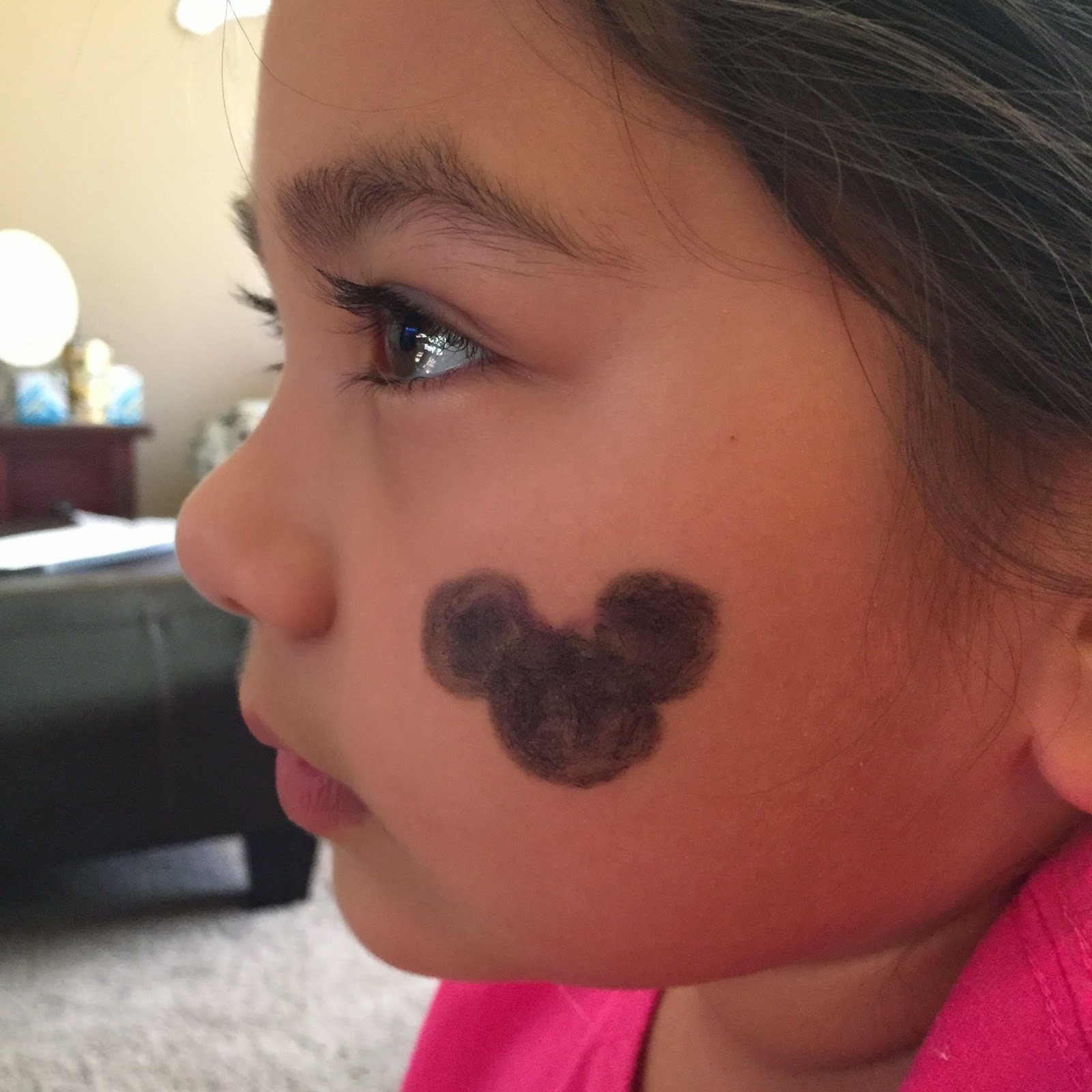 as for snacks, well - we had to minnie-fy those too, right?  the bean was more than happy to help me work on these sweet & salty pretzels.  first, i dipped the top half in some black candy melts: 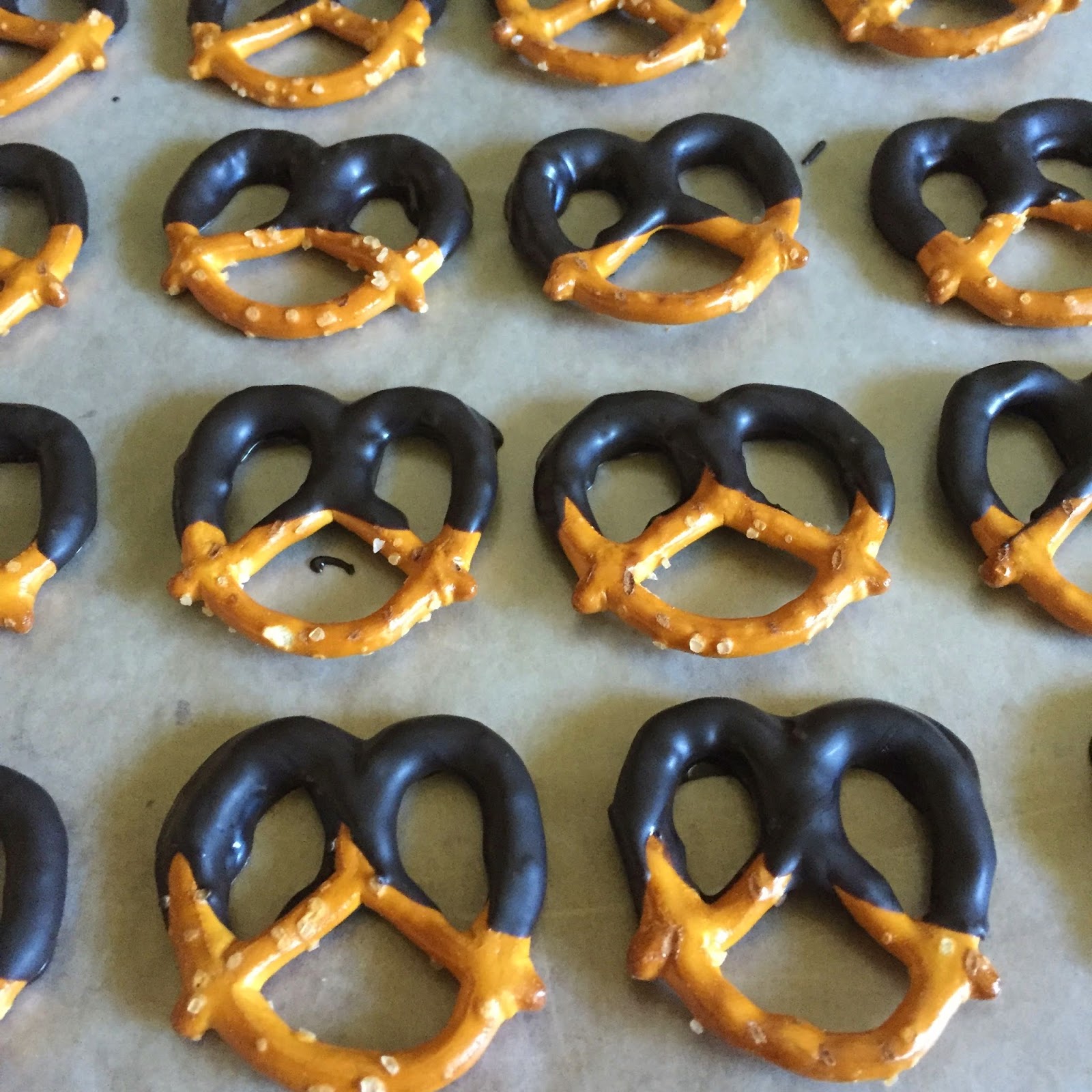 when they were dry, the bottom half got some pink treatment.  the bean's job was to quickly sprinkle some white nonpareils before they got too dry: 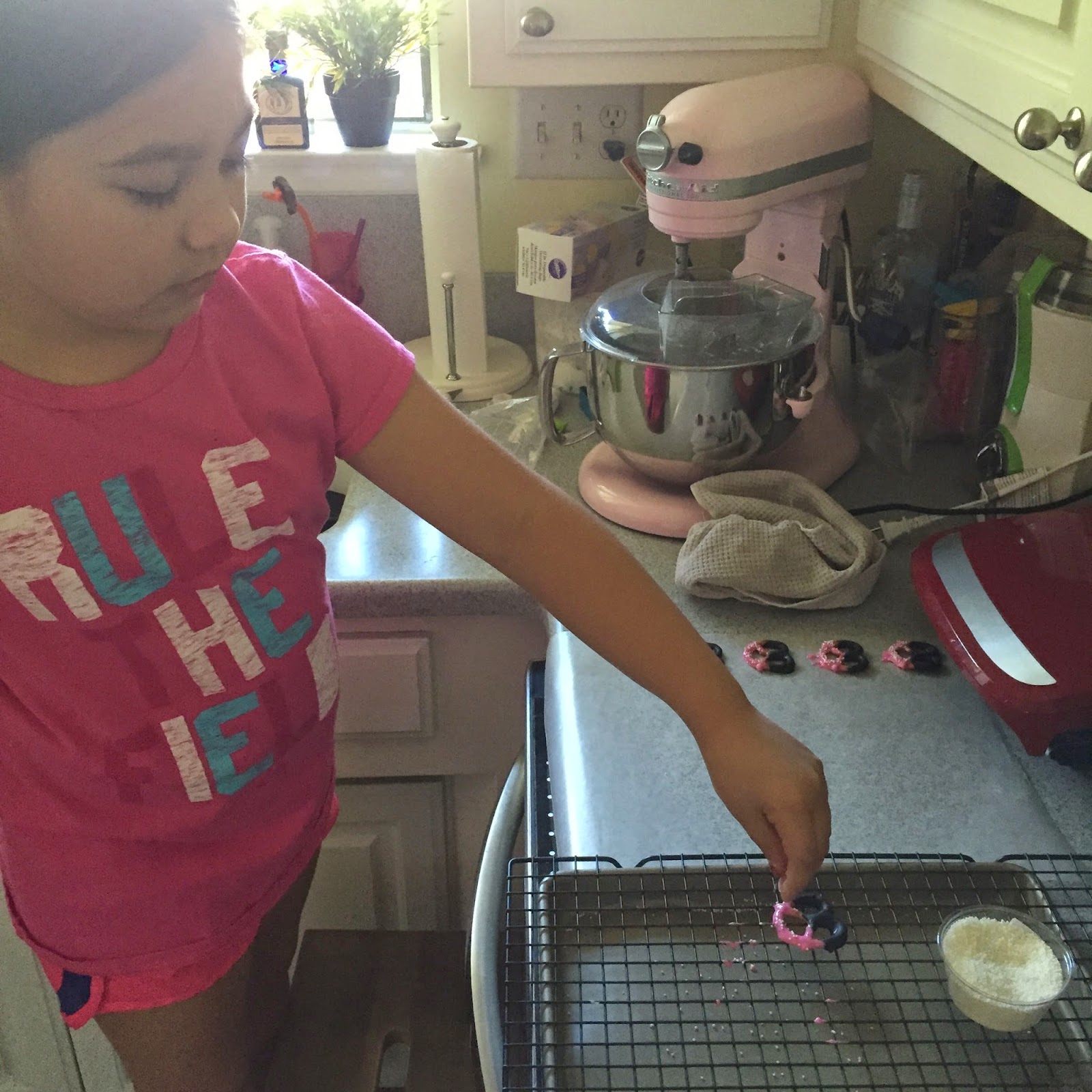 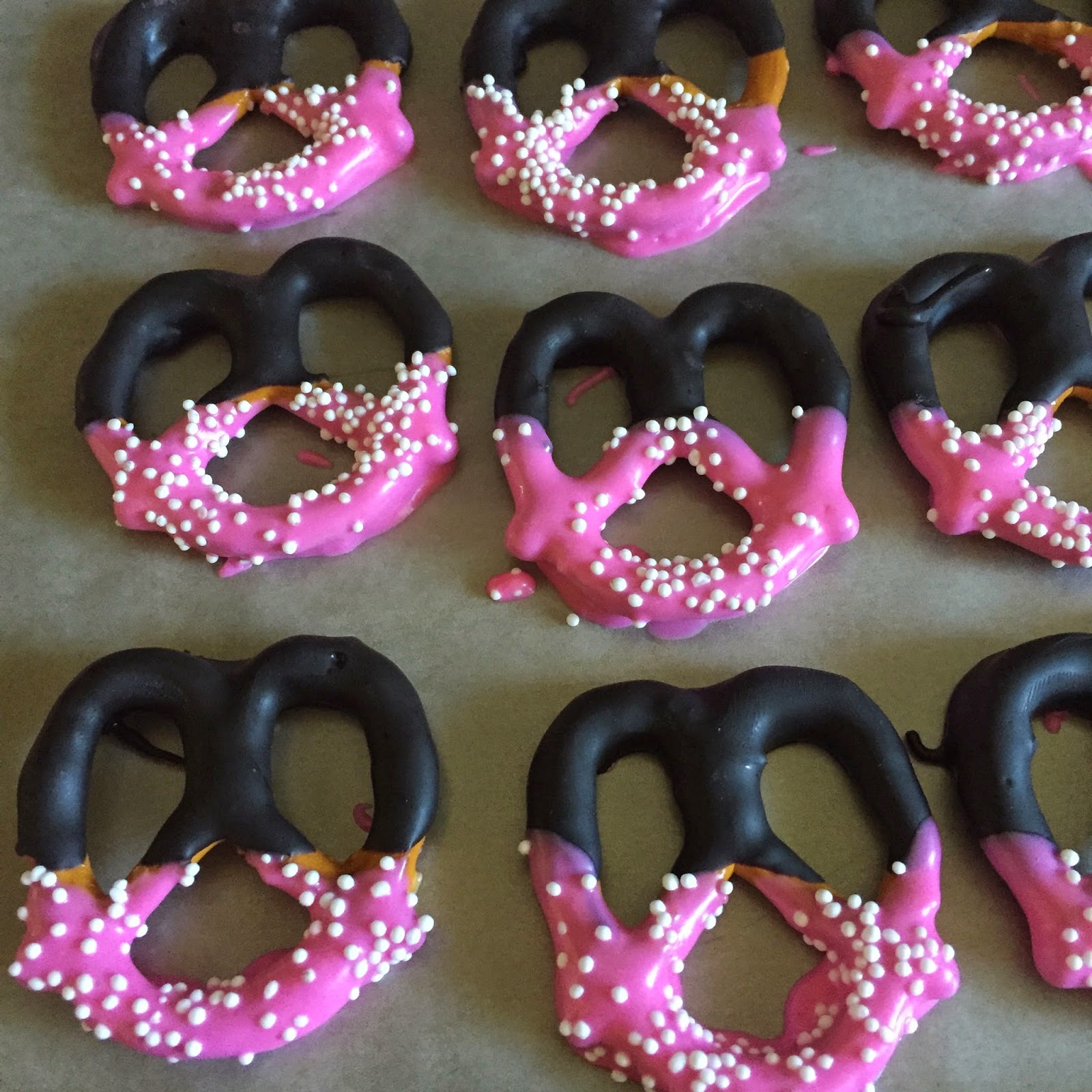 i thought it'd also be fun to have some minnie-shaped rice krispy treats.  i mean, who doesn't love those, right? 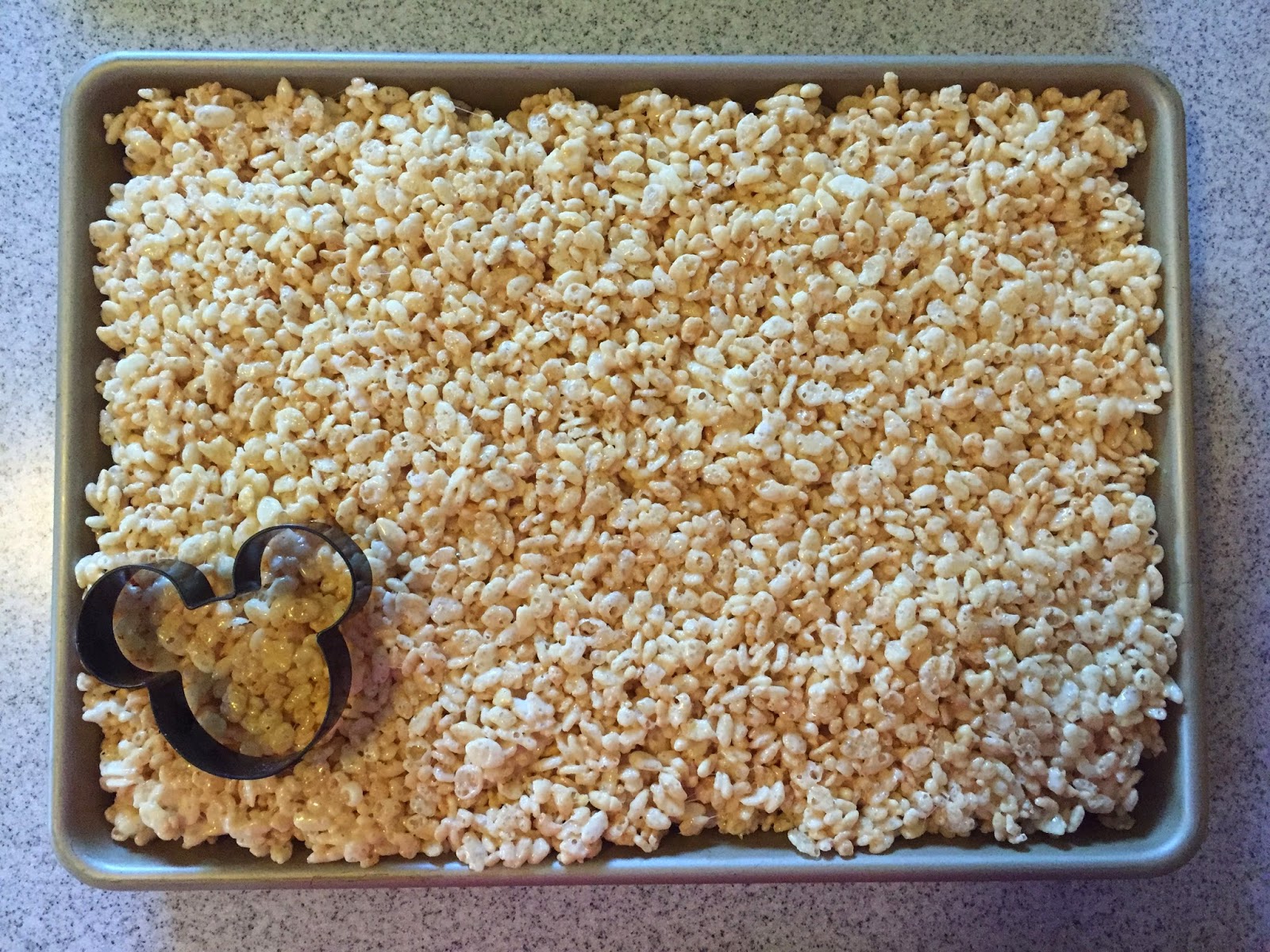 this turned out to be kind of a pain - i'd cut out maybe three pieces before the cutter got too sticky from the marshmallow and wouldn't work anymore.  so i cut, cut, cut, washed, dried, and cut some more.  using some leftover candy melts, here's the finished product: 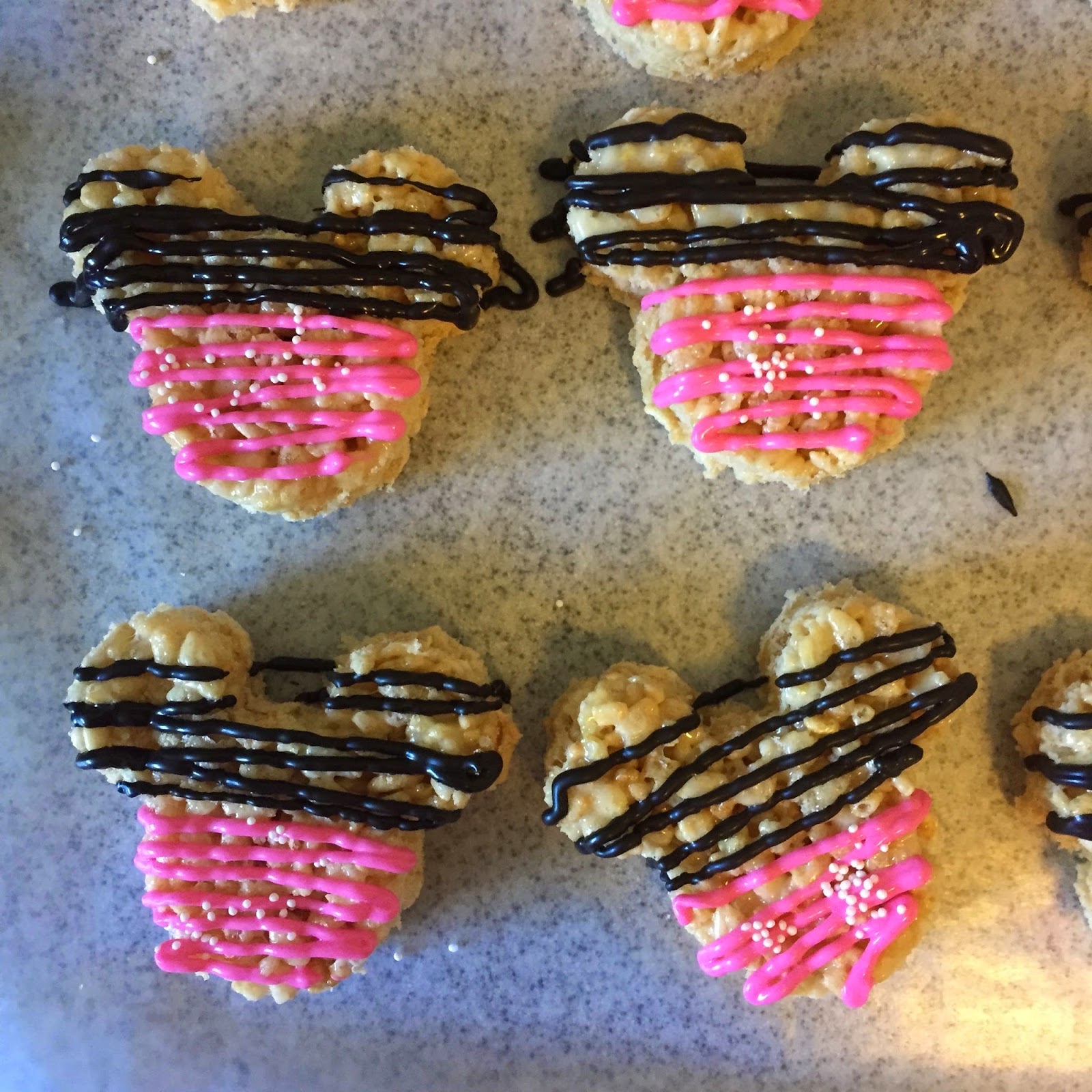 i was pretty happy with how they turned out, though, so i guess it was worth it.  right?