the bean's classroom had their easter party yesterday.  these days are particularly awesome because the kids usually get a free dress day so long as their attire befits the occasion. 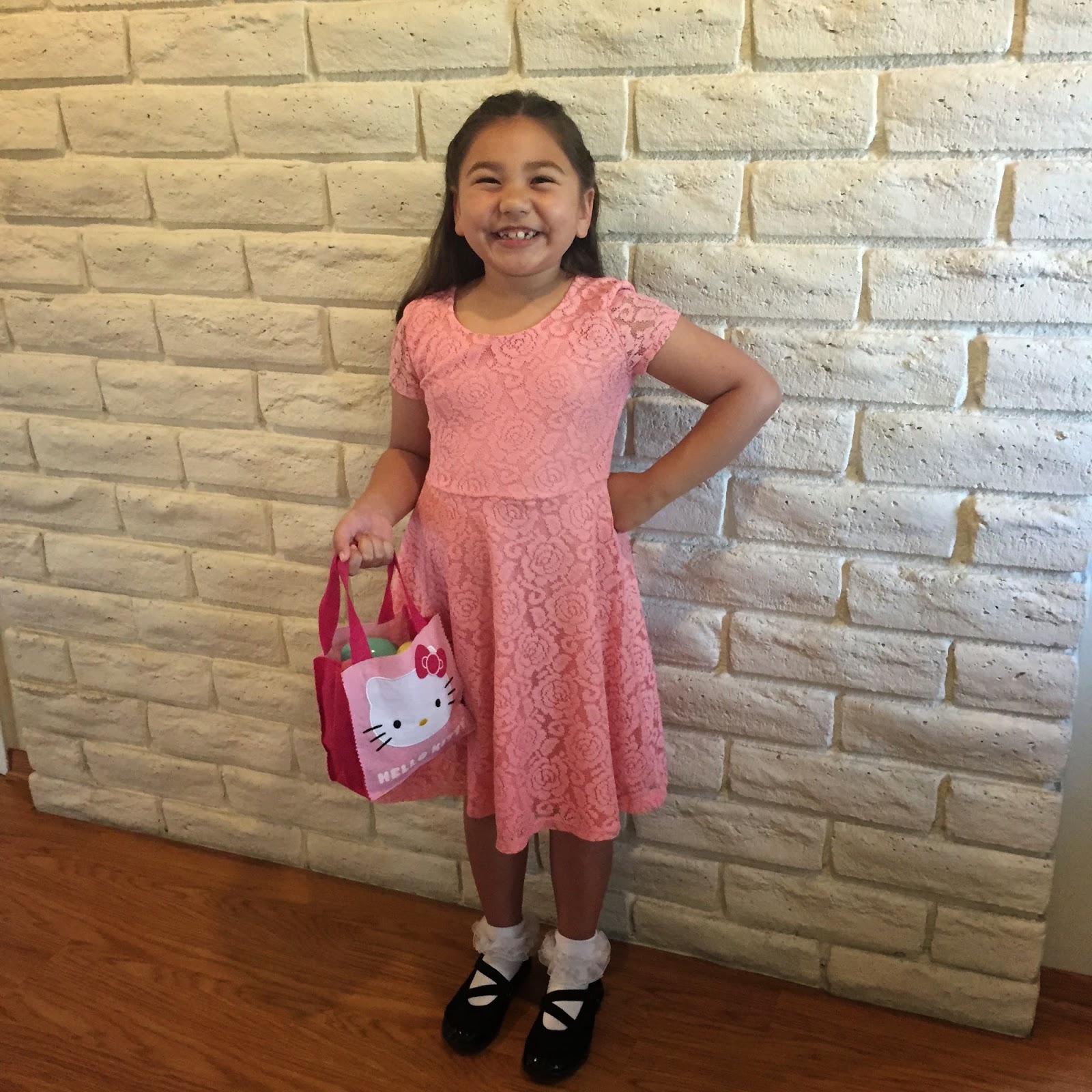 they kicked off the fun with lunch donated from the local chick-fil-a (one of her classmates' parents owns it) and then moved on to a fun craft that involved 250 burnt matchsticks, a buttload of glue and a precut wooden base. 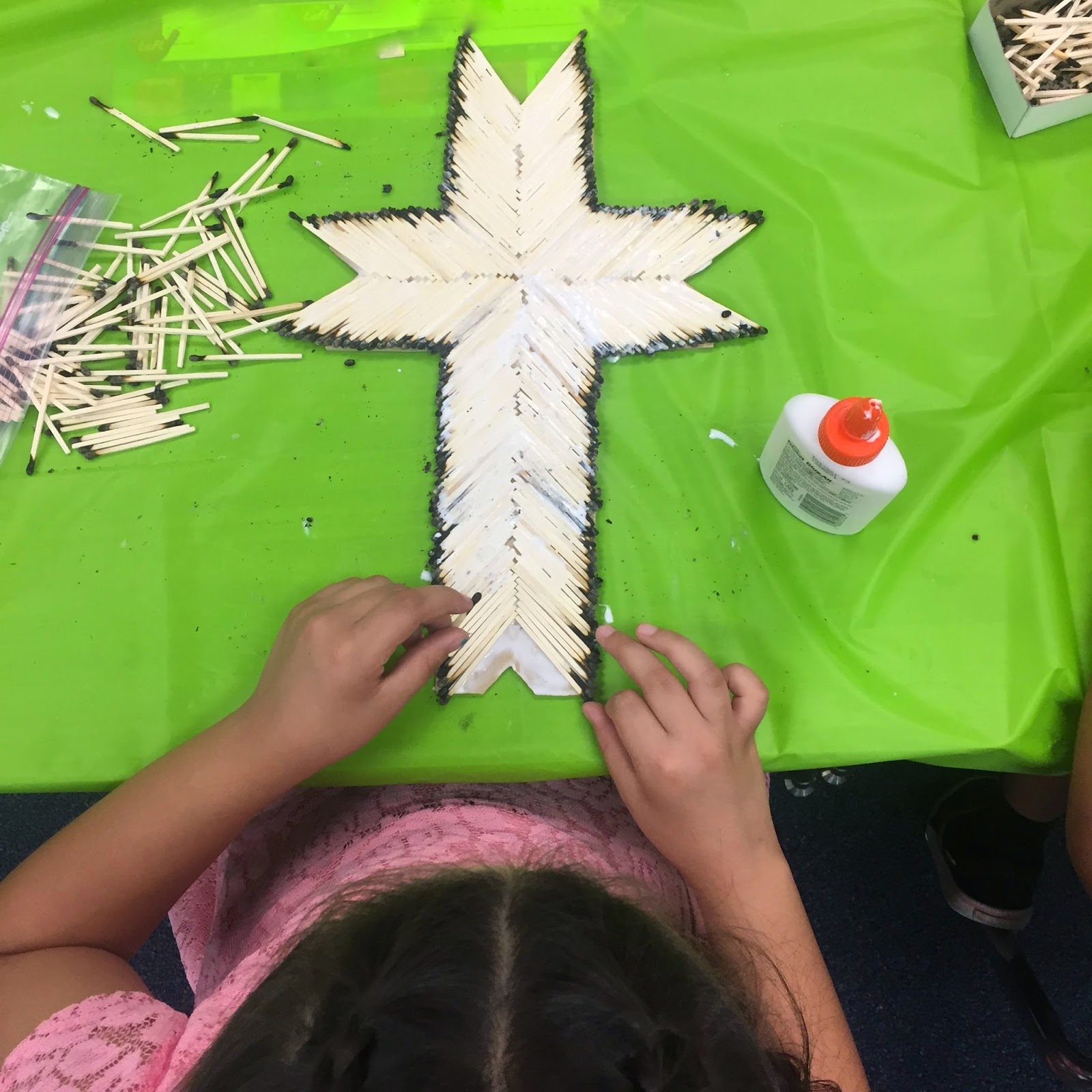 after everybody washed their hands (i, of course, stood in a corner and peeled off the dried glue off of my skin like any normal person would do), they headed outside for recess.  with about five minutes of playtime left, i and the other parent volunteers went across the playground and into the adjoining preschool campus to find hiding places for the gigantic basket of plastic easter eggs.  each kid had been tasked with bringing in a dozen of them, filled with non-chocolate and peanut-free treats.  with 21 kids in the class, we had our work cut out for us.

with a relatively small campus to work with, hiding those eggs was no easy task.  you would've had to have been legally blind to have missed those things. 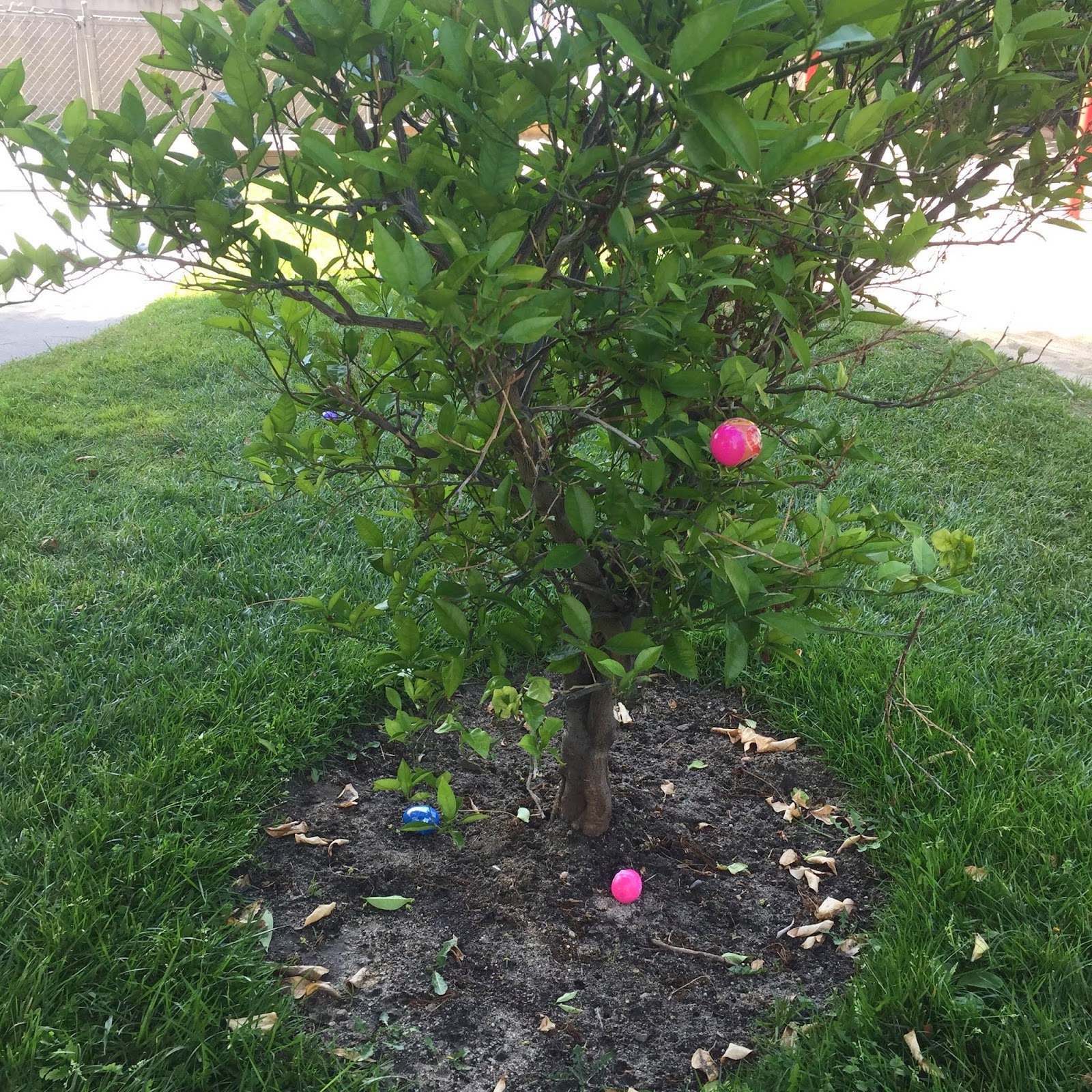 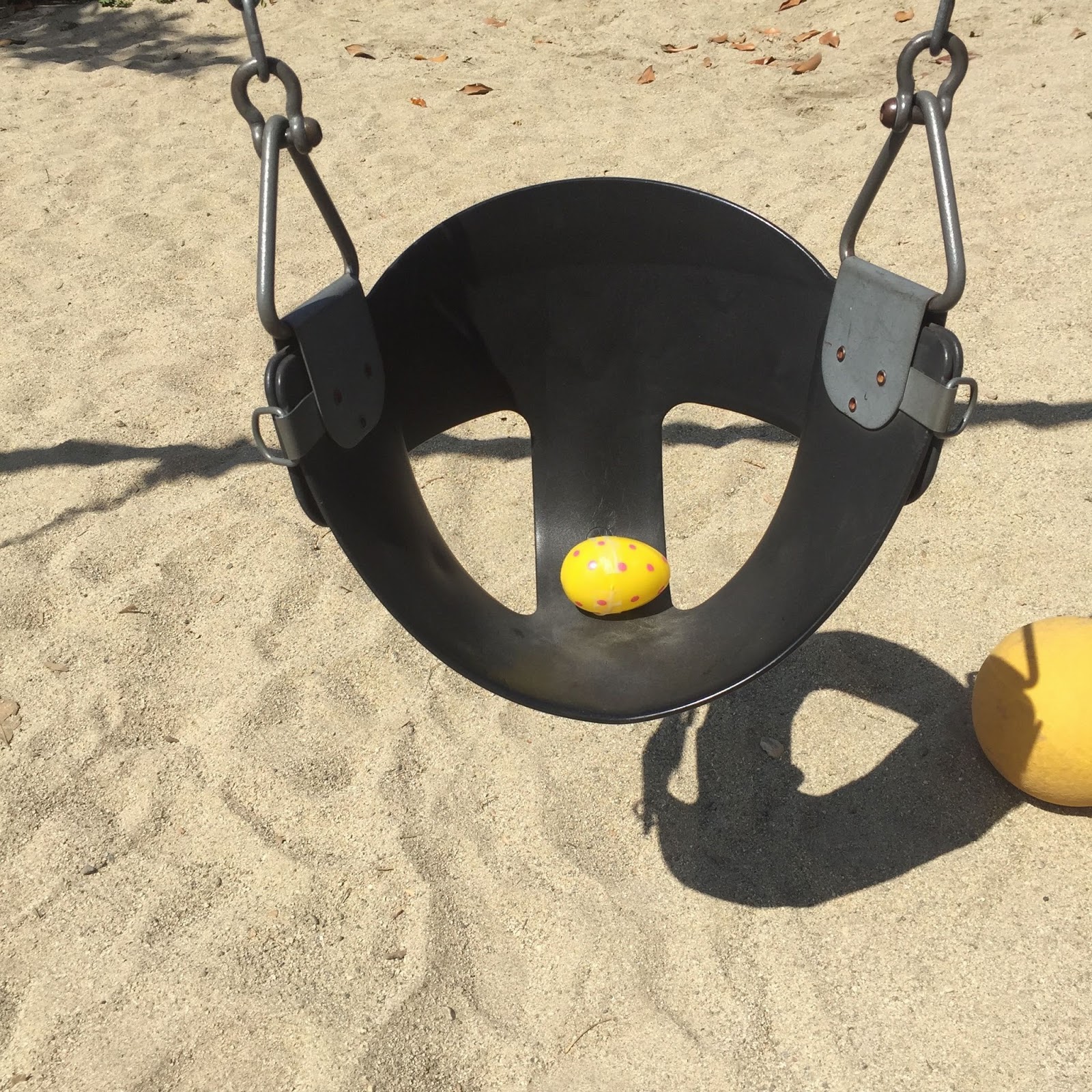 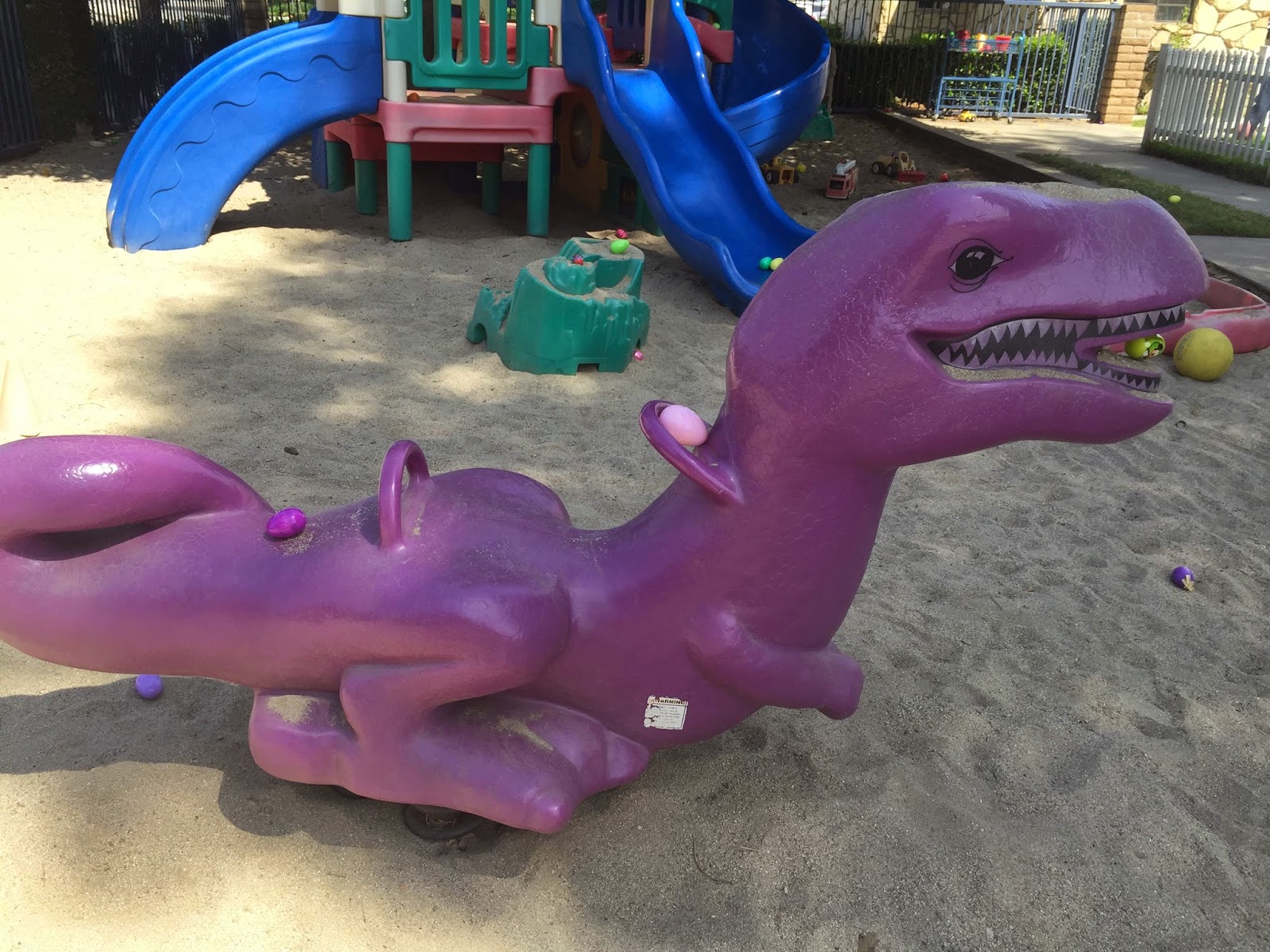 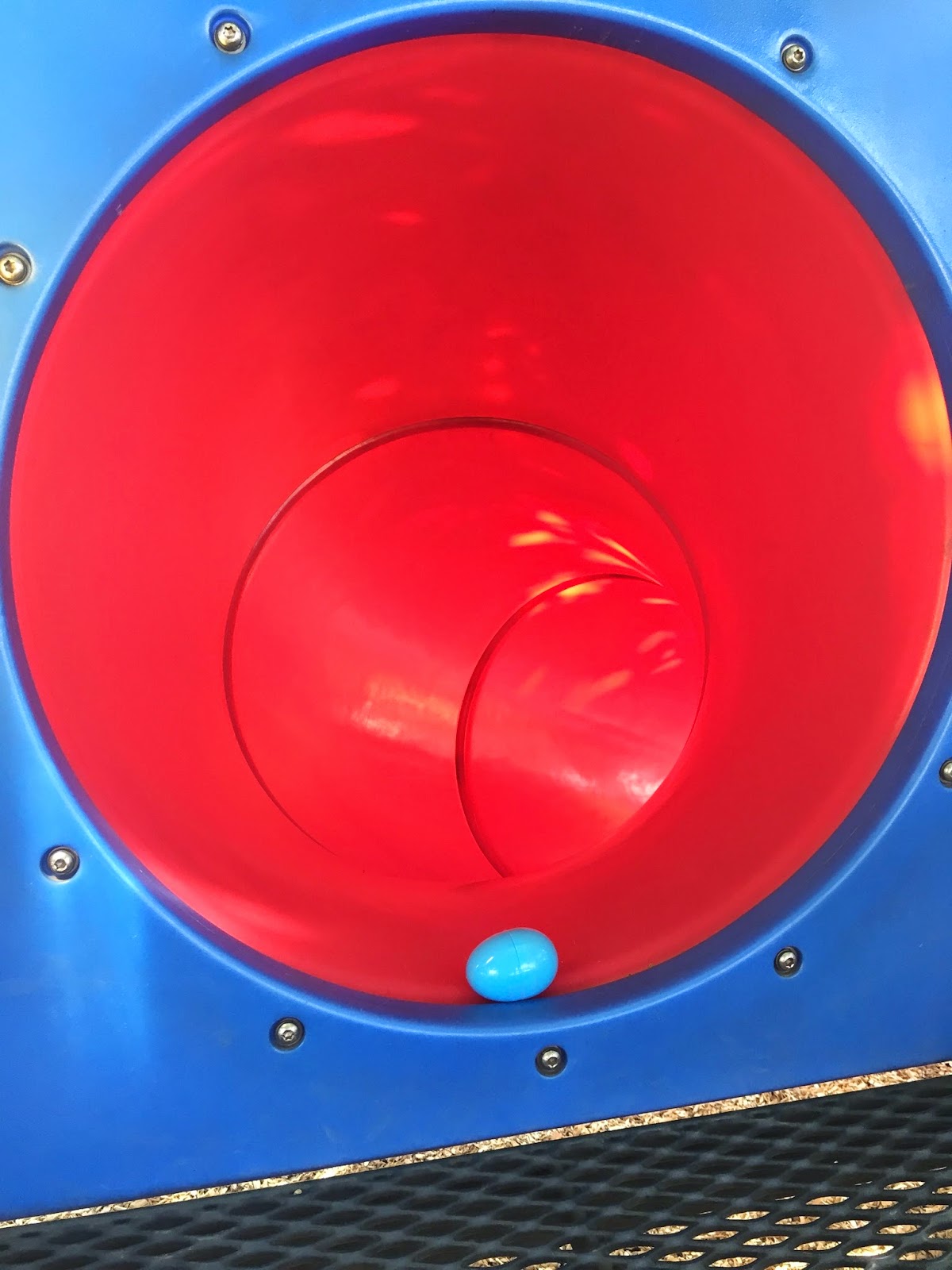 the kids were bursting with excitement as they came outside with baskets in hand, ready to stampede in and find their loot.  they were given a limit of 14 eggs each, and they burst onto the campus with determined faces.  i noticed that the bean was carrying two baskets, and when i asked her who the second one belonged to, she told me that she was gathering eggs for her friend who'd been called into her piano lesson.  somehow it didn't surprise me one bit that she'd volunteered to help her out. 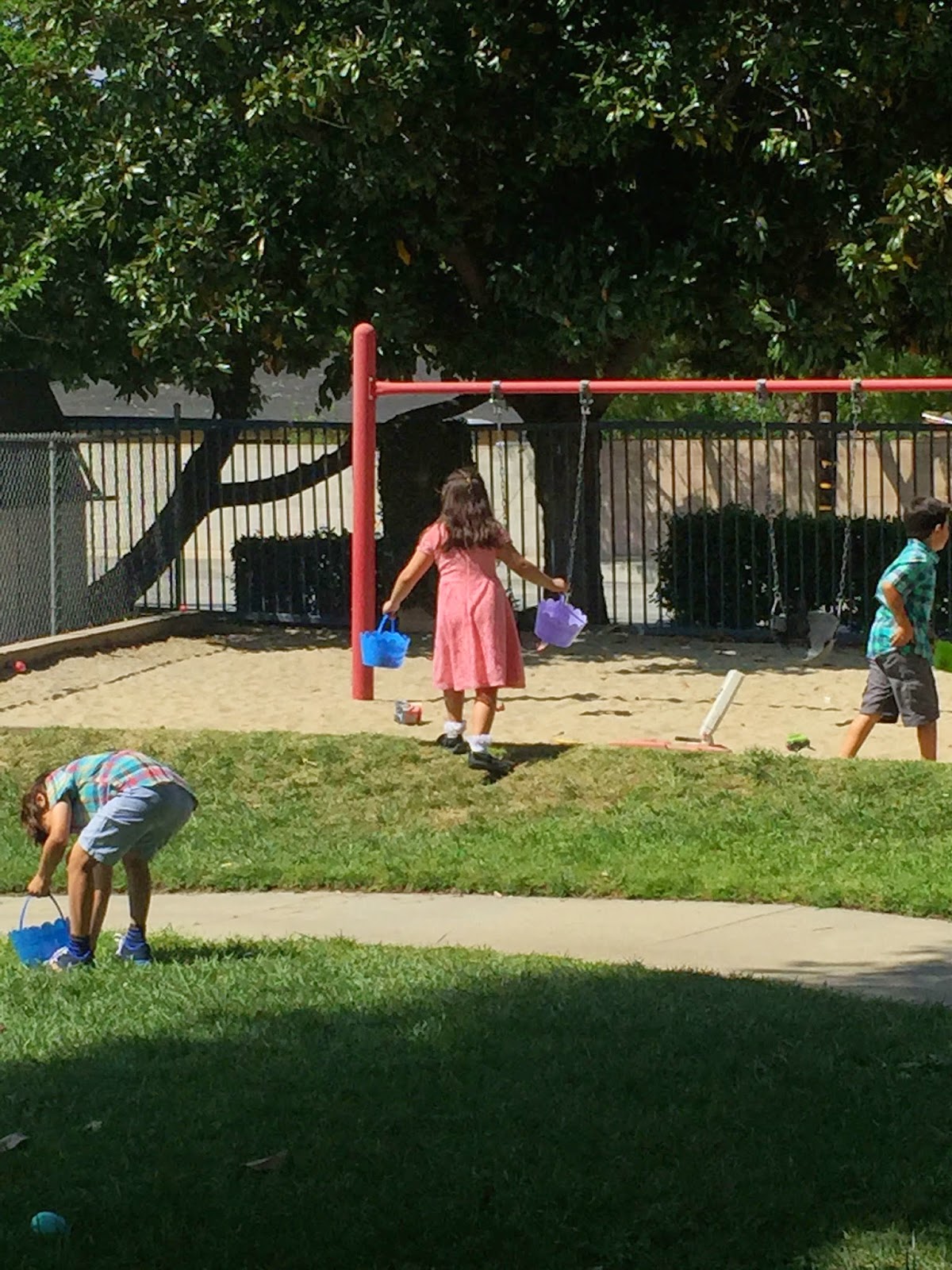 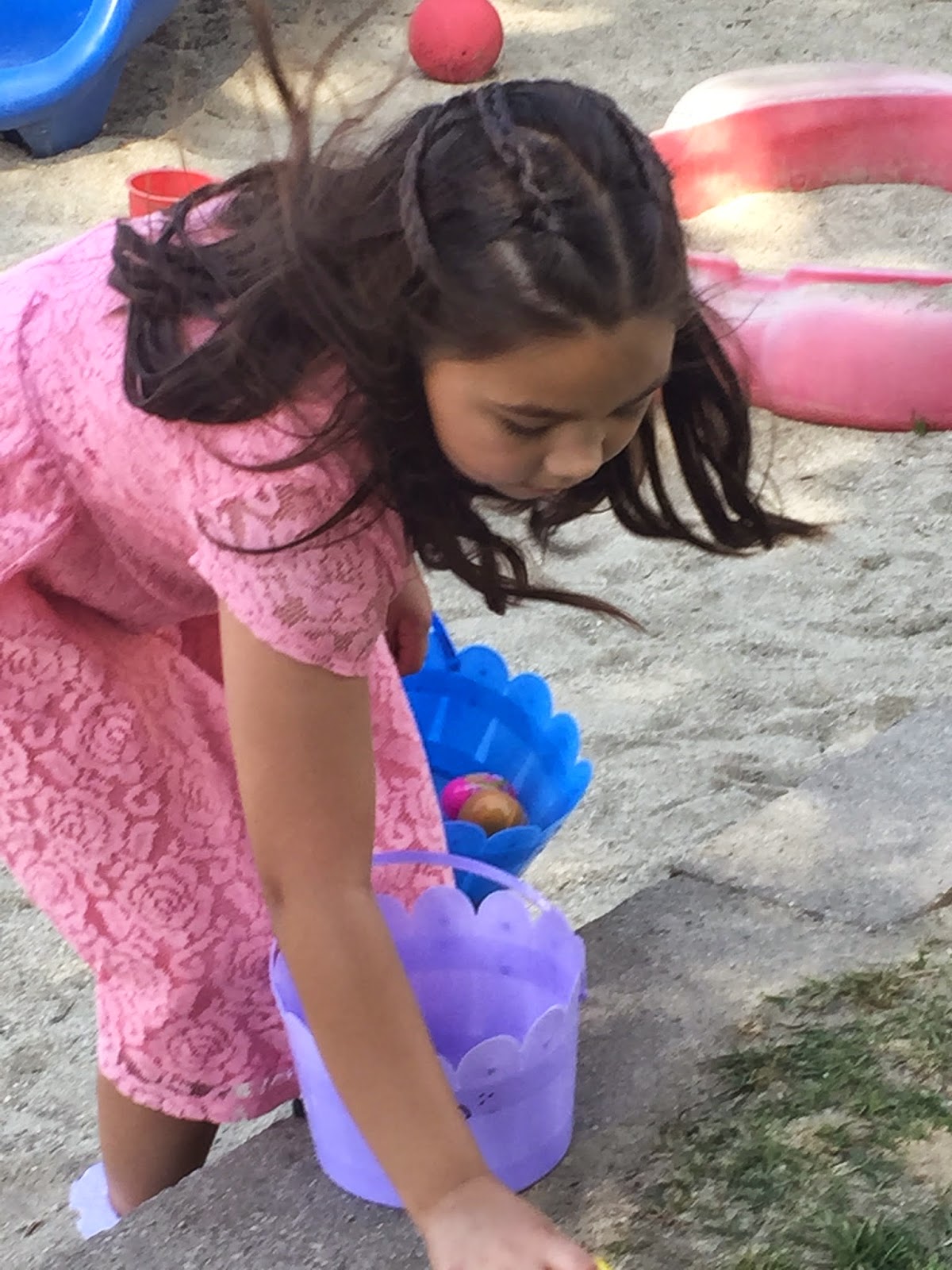 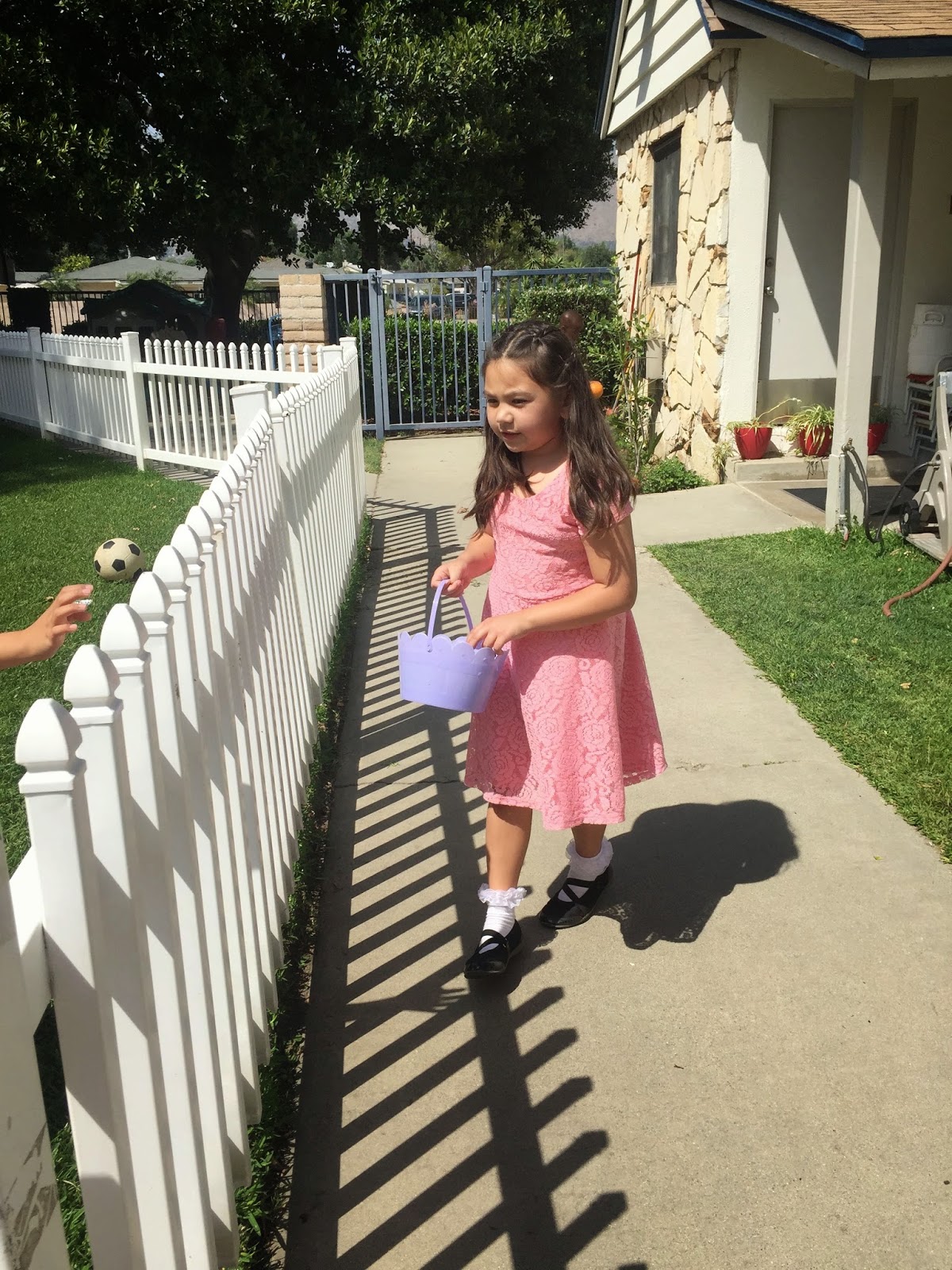 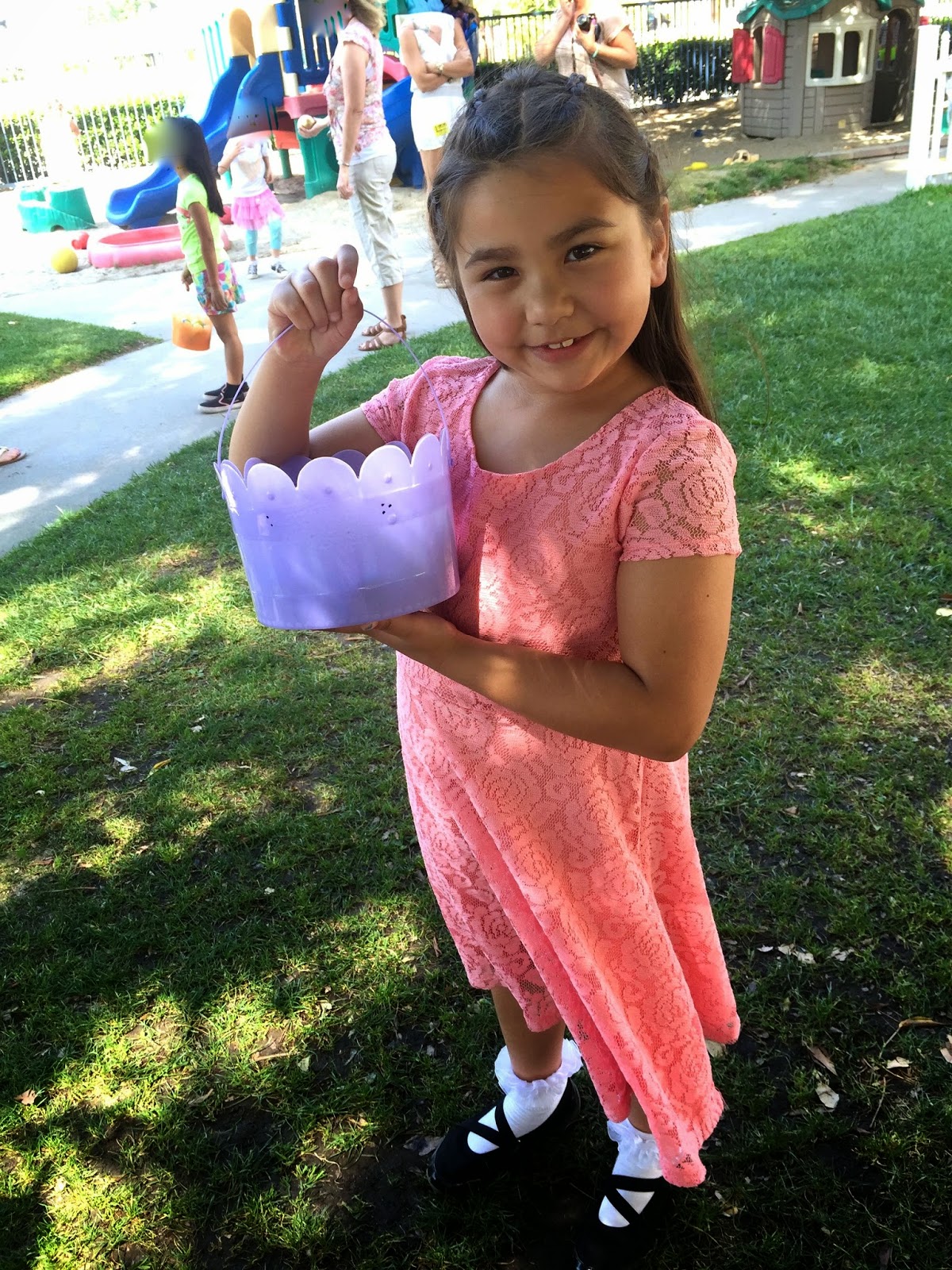 it was fun to watch them all scurry around, tossing eggs into their baskets with wild abandon - but counting them as they went, to make sure they didn't take more than their allotted amount.  and when it was over, so was the school day.

of course, i ended up having to sit around for half an hour as the bean took her own piano lesson.  she's got the end-of-the-year recital coming up, so she needs as much instruction as she can get.

can you believe it's almost the end of the year already?  it's crazy.  seems like the school year just started!  time just goes by too damn fast.
at April 01, 2015

Email ThisBlogThis!Share to TwitterShare to FacebookShare to Pinterest
Labels: easter fun, the bean is a party animal