'cause our dinner's so foodielicious

one of the things on the bean's list for our trip to san francisco was to see the golden gate bridge.  and so when we were all done gawking at the disney family museum, we braved the insane traffic to fulfill that wish.  while we would've loved to be able to get out and take pictures, we had a dinner reservation to get ready for.  and so she had to settle for the excitement of crossing the bridge. 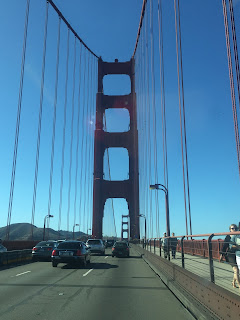 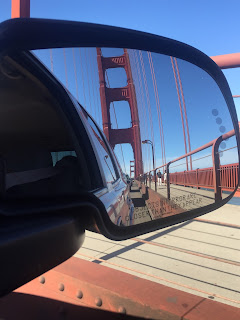 afterwards, we had just enough time to squeeze in a drive-by at the "full house" house.  if you follow us weekly online, you'll recognize it from a story they did earlier this year about a low-pro john stamos walking by: 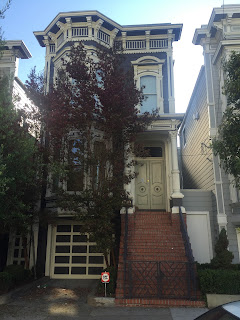 not too far away was alamo square, where the "painted ladies" (the victorian-style houses all in a row) are located.  you'll also recognize them from the "full house" opening sequence. 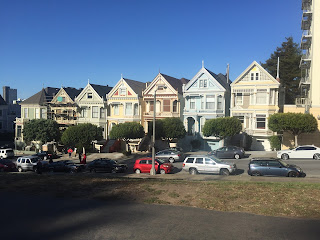 we had just enough time to get back to the hotel, get cleaned up a bit and change into some decent clothing for dinner.  we were visiting our first michelin-starred restaurant - luce, located right in the very hotel we were staying at. 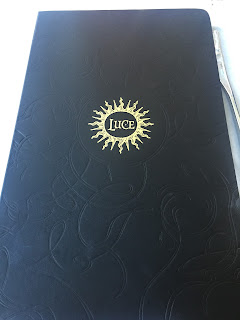 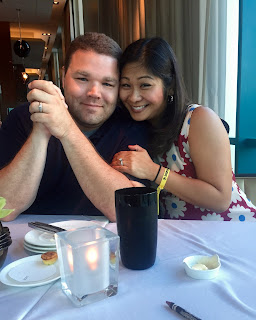 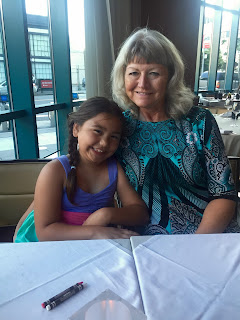 i was pleasantly surprised to find that they actually did have a kids' menu, as was the bean. 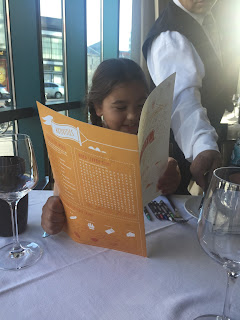 MIL and i decided we'd try the tasting menu.  the hub wasn't particularly thrilled at the notion, but when the server informed him that everyone at the table (the bean exempted) had to order it, he sucked it up and went with the flow. 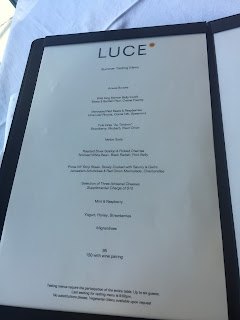 little "magic" biscuits, as our server called them.  MIL and i liked them, but the hub and the bean both wrinkled their noses and opted for the regular rolls instead. 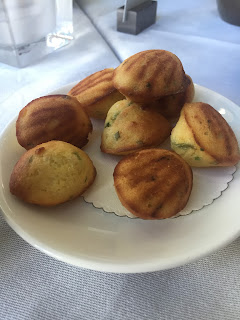 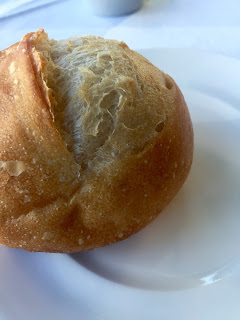 the chef's amuse bouche was oddly tasty.  i say that because it was a savory flan made from fresh peas...something i normally don't like at all, but i really enjoyed this.  in fact, i liked it so much i ate the bean's, too.  don't ask me what was on top, though.  i don't know - it was light and crunchy and delicious. 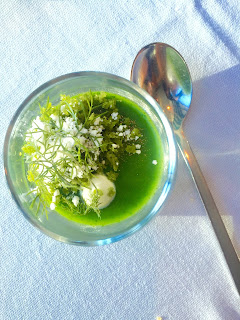 then it was time to get down to business.  here, the wild king salmon belly confit.  the bean took one look at that salmon and immediately got her daddy to fork it over.  she enjoyed it as much as MIL and i did. 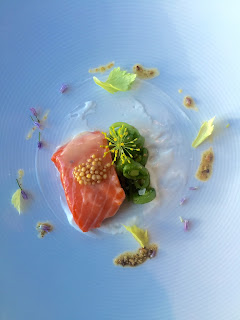 then we had some marinated beets served with raspberries and housemade ricotta cheese sprinkled with cocoa nibs and fresh spearmint.  as i'm sure you guessed, i passed the berries over to the hub. 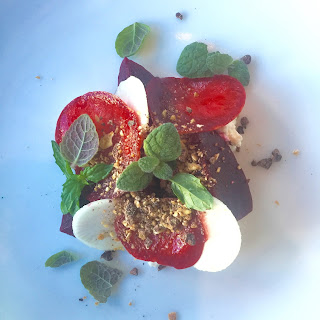 i got to double down on the foie gras course, too, as the hub took one look and was all like, "uh-uh, not touching that."  more for me! 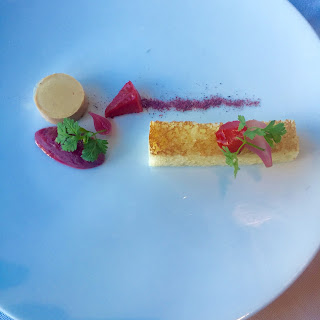 our palate cleanser was a melon soda.  cantaloupe, to be exact.  it...wasn't a hit.  with anyone. 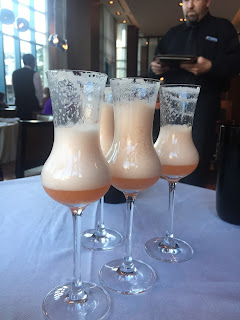 the bean was killing us with her comments:

"why are you guys having so many appetizers?"
"aren't you going to have any real dinner?"
"where is your meal?"

the hub, who i always seem to forget isn't a fan of meals like this at ALL, just nodded his head and mumbled something about heading to in-n-out after it was all over.

when the roasted scallop and pork belly came, the hub and i pulled another switcheroo.  while i'm no scallops fan, he wasn't having any of that pork belly.  everybody won. 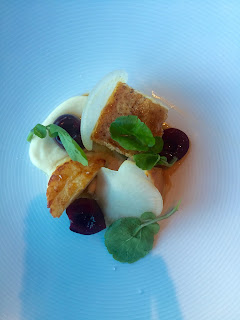 the final savory course came in the form of a very small strip of prime NY steak.  it was really, really good...and definitely not enough.  the bean continued to be perplexed. 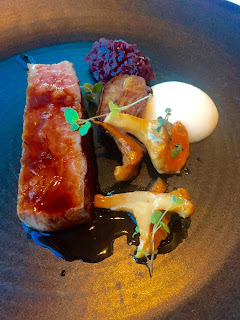 our dessert arrived shortly thereafter.  the menu says something about mint & raspberry with yogurt, honey and strawberries.  i guess that's what this was: 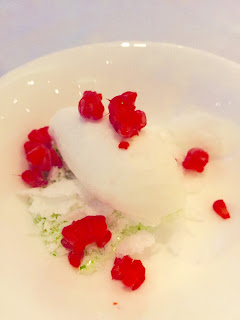 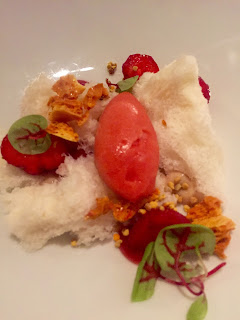 meanwhile, the bean was over the moon for the brownie sundae she'd chosen from the kids' menu.  although when we asked her how the brownie was, she made a face and said "it's rather dry."  KILLING me. 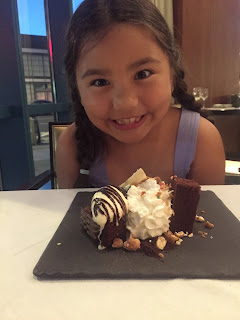 the check arrived along with our mignardises:  beautiful, tiny bite-sized macarons. 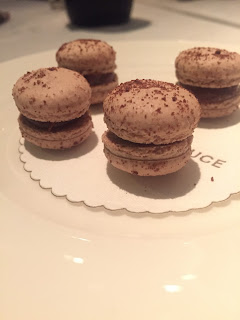 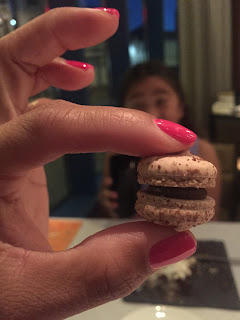 the room package we were using for the weekend came with a generous credit towards food and beverages, and it covered nearly the entire meal.  not too bad for our one fancy night out, eh?
at July 27, 2015