up until that disney-field trip to portland in june - yup, just a couple of months ago! - i had never spent more than a night away from the bean before. of course, with the old lady, i'd had to get used to longer separations a lot earlier. but with the bean...well, yeah.

and then the hub and i discussed having her spend some one-on-one time with the ILs over summer break. we knew they would be ecstatic at the very notion, and when we broached the subject with her she was more than enthusiastic. after all, she actually counts texas as her most favorite place in the world - even above disneyland.

i know. how is that possible, right? sheesh.

so along with the ILs, we made a plan. the timing was such that summer school happened to finish right as we were leaving for last week's san francisco road trip. MIL flew out to join us for the fun, and then she and the bean had airplane tickets to head out to the lone star state shortly thereafter.

that day was yesterday.

amidst the flurry of activity that was involved with getting her packed for a long visit with her beloved grandparents, i was mostly distracted from wallowing. i knew i was going to have a hard time with her actual departure, but i squashed it until i absolutely had to face it.

i had fun doing her hair that morning in some crazy rainbow bubble ponytail style. plus, i figured that if i loaded her up with hairbands on her head, it'd be one less thing to pack. heh. 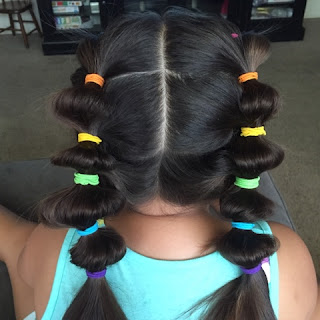 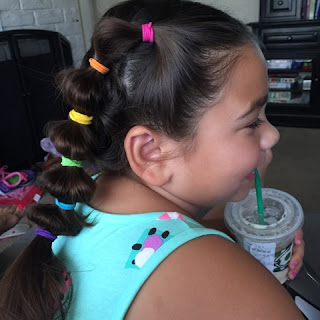 of course, she was subjected to a few selfies. 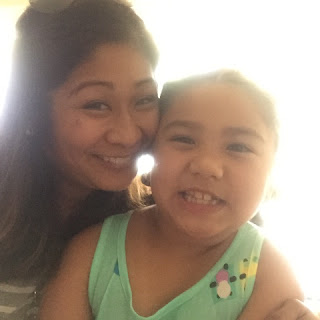 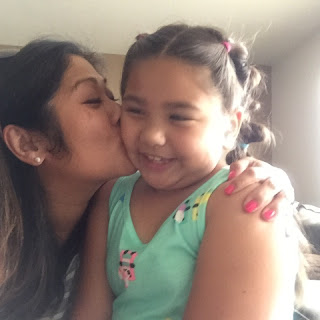 then it was time to say goodbye to her sister. 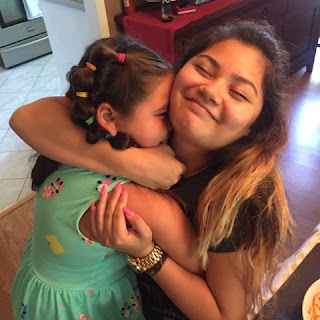 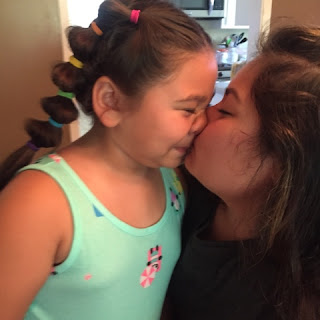 it was an easy drive to the airport, with the usual chatter and banter. the knot in my stomach grew with every mile though, and i just kept reminding myself that i had to keep it together till she was out of the car.

as it always is, the airport curb drop off was frantic and rushed. we hugged each other hard and managed a few quick kisses (with a big hug from MIL too, of course) and then with a smile and a wave, she was gone.

i didn't even make it to the airport exit before the first sob. goodness. and i was driving in some traffic on the way back home, so i'm sure I made quite a spectacle as i whimpered and sobbed like a baby. thank goodness i was alone, because damn. also, just in case you should ever find yourself in similar situation, know that it is rather difficult to ugly cry and drive at the same time. and lest you worry about my safety, i should also add that the crying was regularly interrupted by bouts of road rage as i yelled at stupid drivers every few minutes.

when i got home and checked my phone, i found these: 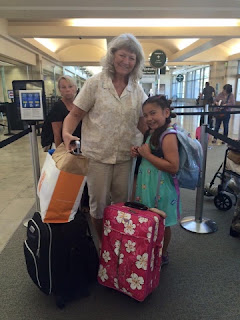 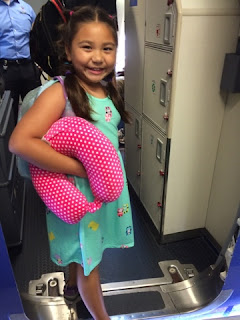 and a few hours later, the text every parent wants to see: "we landed safe and sound!" thank god.

i got a phone call from her not long after, too, as they waited for their bags. she sounded happy and excited, and i was feeling pretty much the same way for her now that the hard part was over.

MIL sent over one more picture - a happy bean with her loving great-grandparents, who hadn't seen her in a very long time. 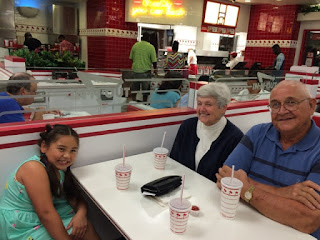 she called me one more time as she headed off to bed. we did our bedtime routine as best as we could over the phone, and then that was that.

Email ThisBlogThis!Share to TwitterShare to FacebookShare to Pinterest
Labels: sappy wan, the bean goes on vacay