you got me feelin' emotions

although it's very unlike us, we actually waited an entire week before seeing the newest disney/pixar movie, "inside out."  i mean, we're usually all about heading out to watch new releases as soon as they hit the theaters.  but this time, our schedules were just so jammed that we had no choice but to wait.  at least it was worth it, though - we scored discounted tickets via goldstar to see it at the best theater ever...the el capitan.

we always park at the hollywood & highland complex just across the street, and when we got up to street level we noticed lots of activity for 9:30 on a sunday morning. 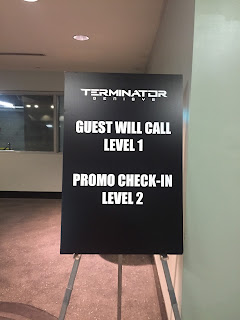 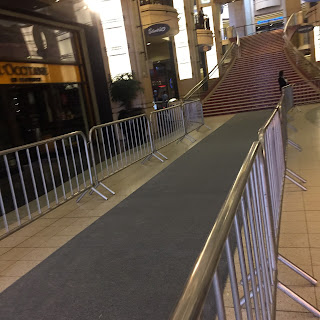 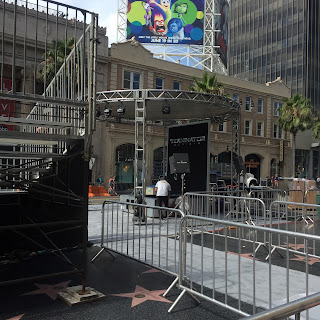 yup - ah-nuld is back for another "terminator" movie, and the premiere was apparently happening that day.  the road was blocked off, tons of equipment was being set up, and people were already camped out across the street to get the best view of the goings-on. 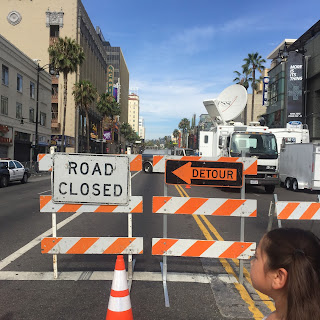 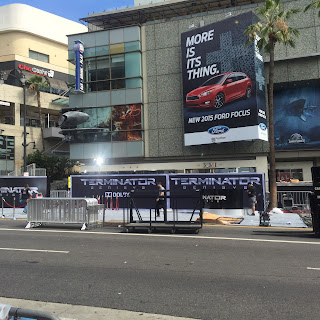 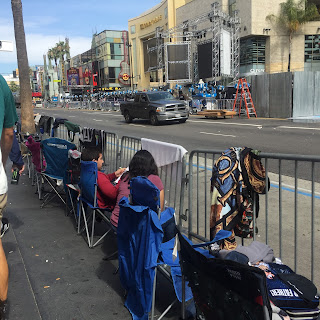 we had zero interest in all that business, though.  we were all about "inside out," and we were excited to finally be there to see it. 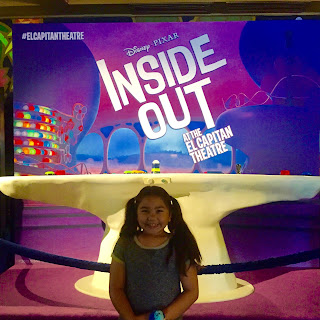 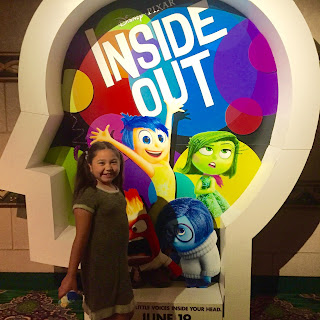 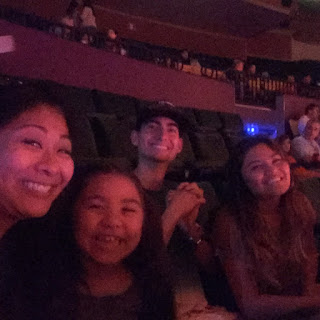 i always love listening to the disney music performed by a live organist at the theater, who then gets swallowed up by the stage when it's time for the show to begin. 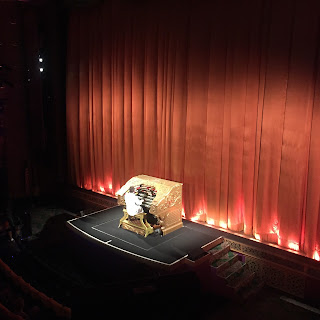 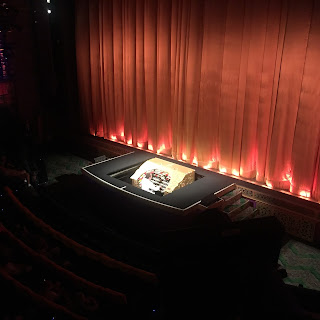 the lights went down, the curtain went up: 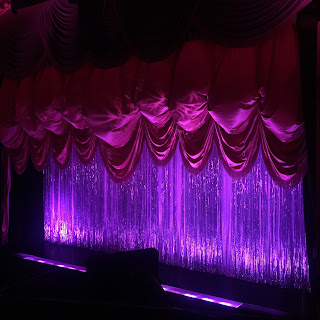 and then the fun began. 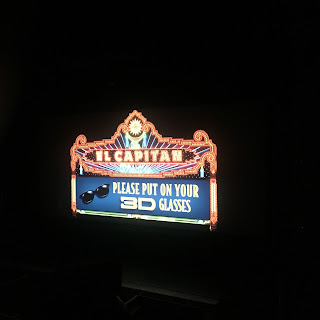 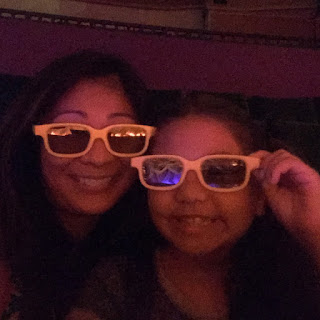 the "music of light" pre-show was fun to watch, with dancers representing the emotions of "inside out" doing their best to entertain the crowd. 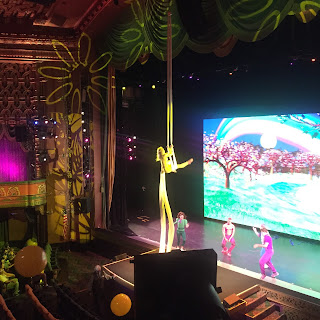 having heard from all sorts of people that it really was a very emotional movie, we came prepared - my tote was packed with kleenex, and i made sure to wear the waterproof mascara that morning.  of course, i was already boohooing at the "lava" short that came before the movie, and then found myself doing the ugly cry during at least two scenes.  i was all torn up and emotionally drained by the end, and the bean had taken one look at my tear-stained face and started cracking up.  hmph.

she's no stranger to emotions, though.  when the old lady's manfriend left after spending the weekend with us, he left her this super sweet note to find when she woke up in the morning: 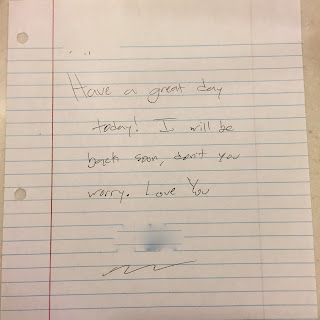 Email ThisBlogThis!Share to TwitterShare to FacebookShare to Pinterest
Labels: el capitan, going to the movies