it's been almost two weeks since that crazy spartan race i did with the hub, cousin seven and mr. lilcee. it took a good 2-3 days before the pain and soreness went away, and another 2-3 after that for me to think about doing it again. heh. although really that was only after giving the old lady a detailed description of how it had gone - and her expressing interest in possibly doing it next year. i actually think she would rock it, so it's a strong maybe at this point.

one of the things i like about spartan races is that they always throw in race photo downloads as a perk of registration. it's kind of a pricey fee, but when you factor in all of the work and effort it must take to put one of those events together, it makes sense. anyway, the photos were uploaded within a week of the race, but for some reason a lot of ours were hard to find. our bib numbers were visible, but their tracking software didn't seem to kick in and we ended up having to page through hundreds of photos to locate ours. luckily, they're time-stamped, which helped a little.

this is the pre-race shot we took at the panasonic booth: 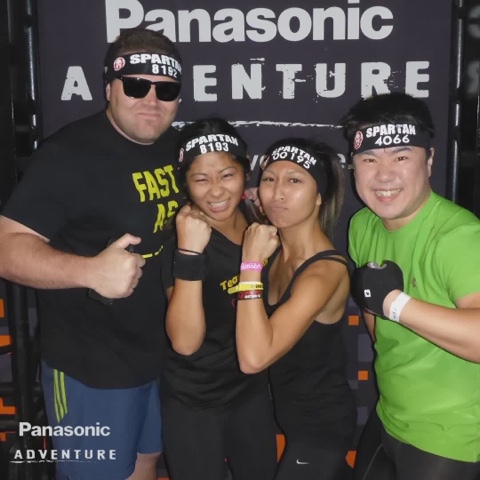 this is my favorite shot of the hub. as mr. lilcee put it, it's his money shot. i think he looks badass here, foot midair, basically using nothing but straight upper body strength to launch himself over this wall. for a guy who did zero training for this ordeal, i just couldn't have been prouder of him. 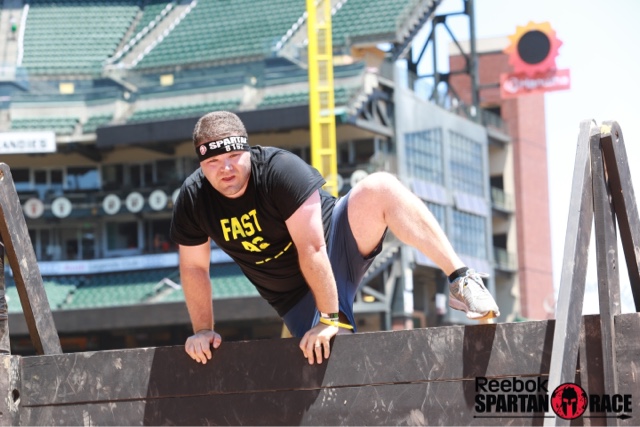 making my way over that cargo wall: 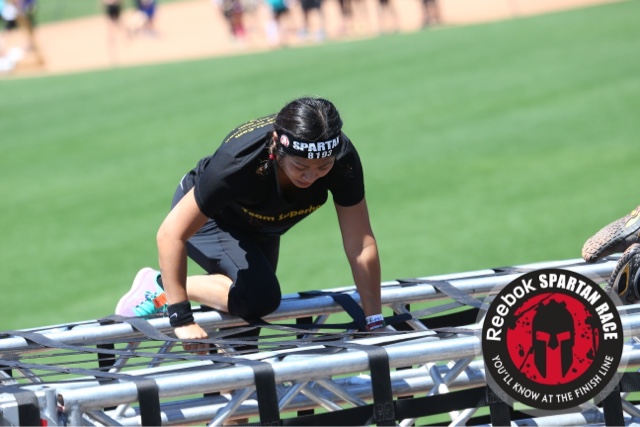 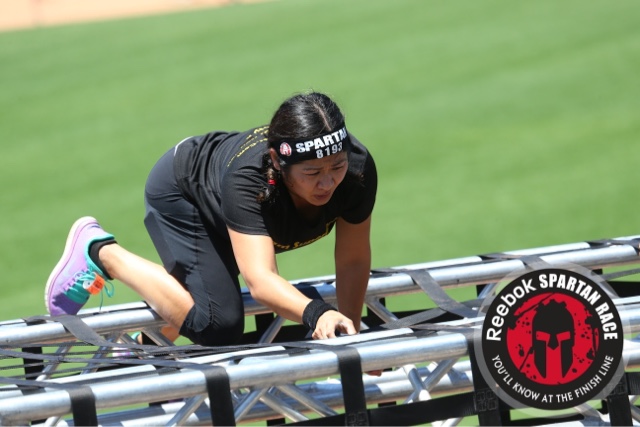 okay, i said they were free...i mentioned nothing about them being pretty pictures.

these lovely shots were captured as we realized that the end was near. we summoned our last bit of energy and sprinted our way towards that finish line as if our lives depended on it. 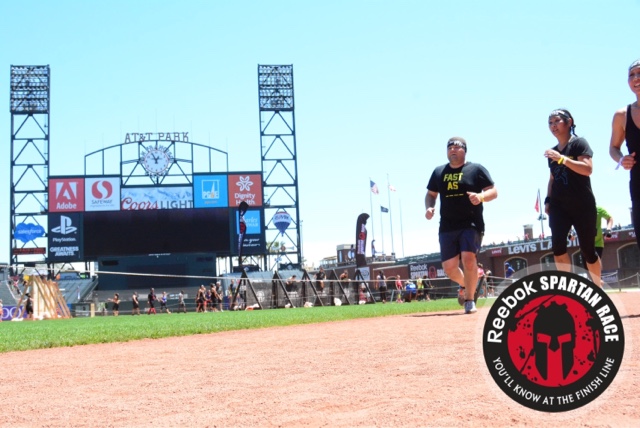 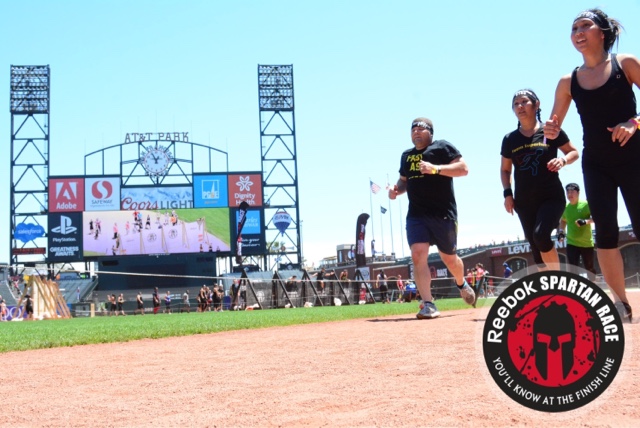 remember the plethora of heavy punching bags i described before? clearly, we were super excited about pushing ourselves through it. 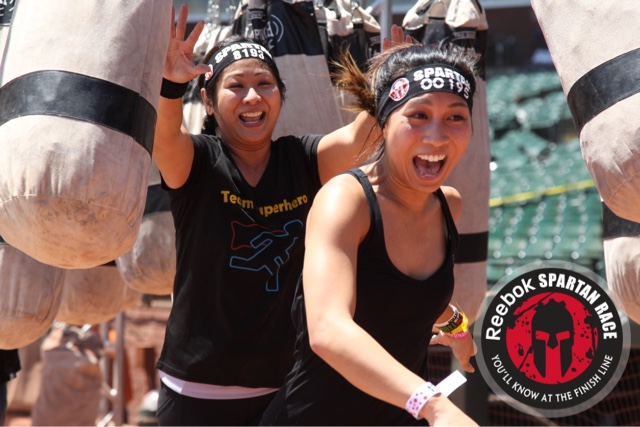 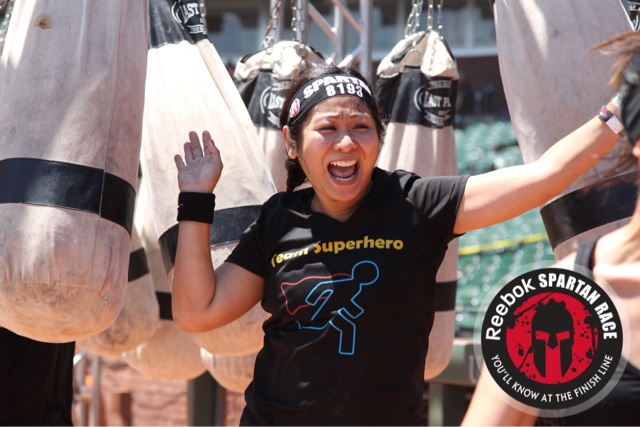 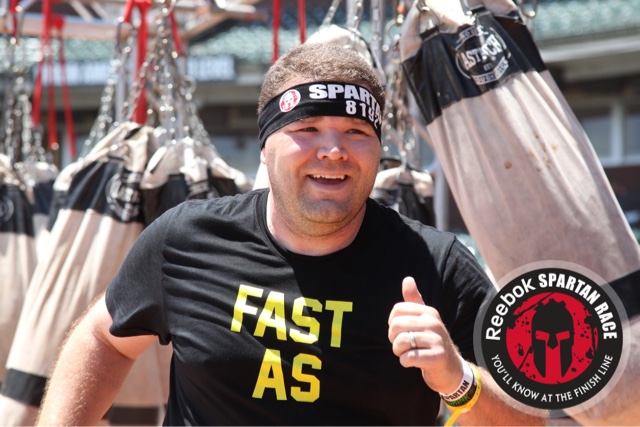 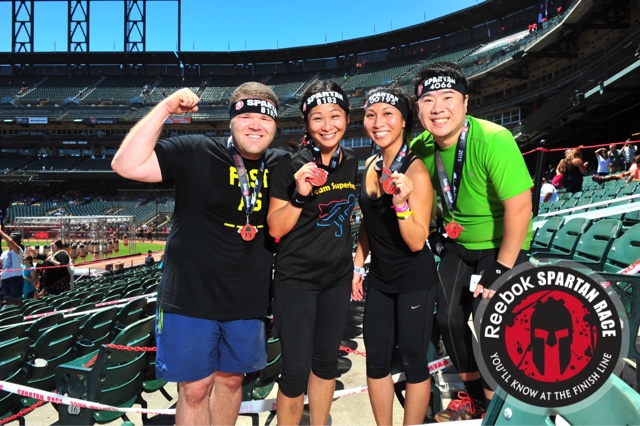 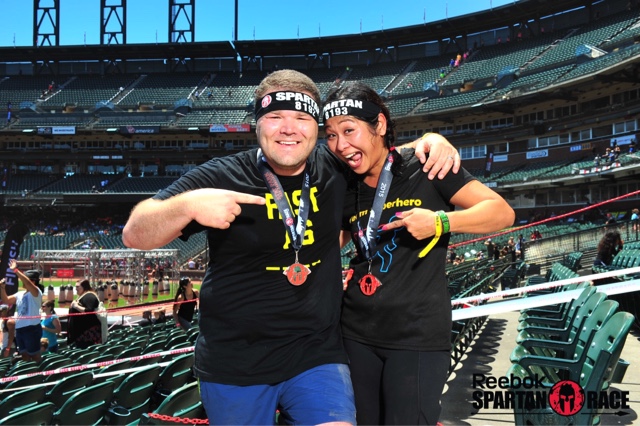