the bean's second dance recital of the summer was this past weekend, and it was really fun to get to see her up on stage doing her thing for more than one dance.  we got to scope out the theater the day before, at the dress rehearsal: 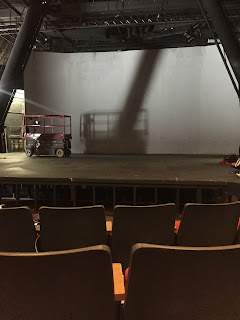 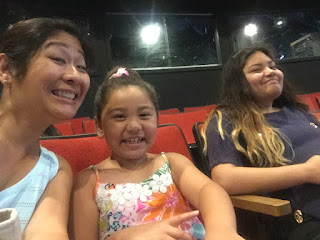 most of our time there was spent watching the lighting people run through all the tech-y stuff with each group of dancers onstage.  i was bored to death, since there was little to no reception on my phone, but at least the bean was happily occupied with her peeps on- and backstage. 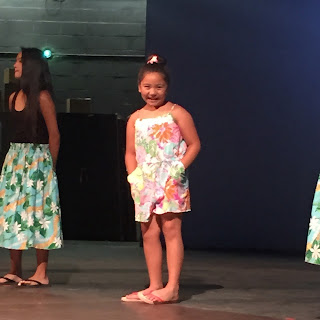 and it was cool to see her in her full dance costume. 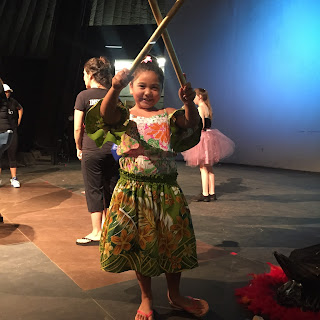 the next morning, i remembered just in time to do a little polishing on her fingers and toes: 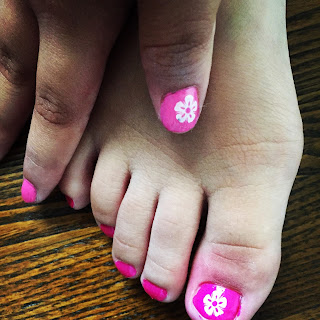 and then i dropped her off for her call time at the theater.  a couple of hours later, with the hub, we returned with tickets in hand: 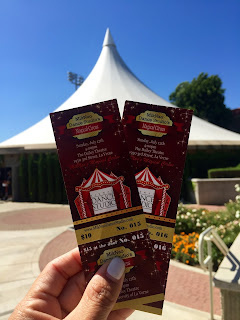 the recital was blessedly short, unlike the one we sat through a couple of weeks ago.  she and her classmates totally rocked the show's grand finale.  it was extra fun to see her dancing with the older girls this time, rather than sitting on the floor with the "tropical babies." 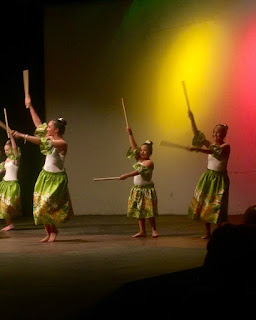 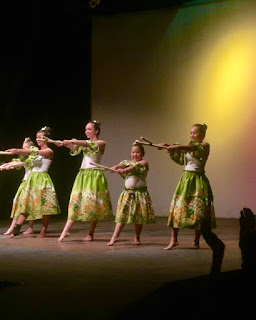 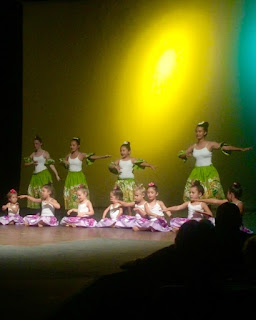 afterwards, she happily posed with her instructors.  she adores these girls, and they seem to return the sentiment.  the three of them are sisters, and they bring that feeling of family to every class.  we love them. 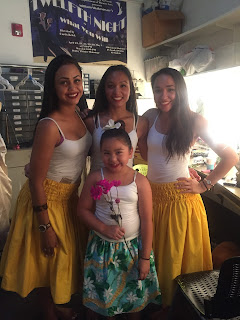 i managed to sneak this one in, too. 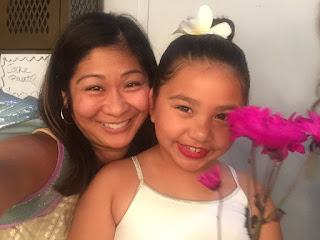 and now she takes a break from almost all of her classes as she prepares to head out to texas for a nice, long visit with her beloved grandparents.  by the time she gets back home, it'll almost be time to start second grade!  yikes.
at July 14, 2015