the bean's week has been super busy as she gets through the last week of summer school and prepares for a nice, long two-week trip to visit her beloved grandparents in texas.  it's been a crazy packed schedule that has me like this in the mornings: 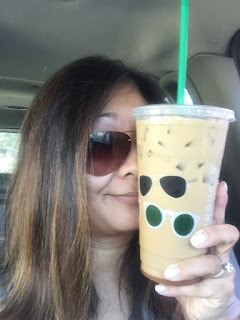 we kicked it off with a visit to one of her favorite places...the dentist. 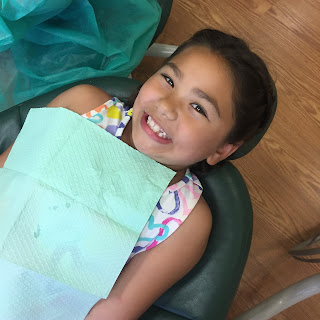 it's so funny to me - she's the only person i know who's this excited to sit in this chair and get her toofs checked out.  i'm not sure if it's the flavors she gets to pick from for her fluoride treatment (bubble gum, cotton candy, mint, etc.), the prize box at the end of the visit, or maybe it's just the fact that she gets to watch fun movies while laying back in the chair as she gets worked on.  this time, it was monsters, inc. 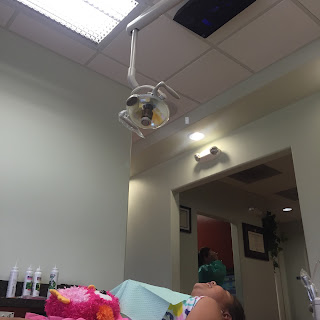 yesterday, i picked up MIL from the airport and then surprised her at school when we both came to pick her up.  she was so excited, and then even more so when we surprised her again with a fun playdate at the trampoline park with some of her favorite friends from school.  they hadn't seen each other since the last day of first grade. 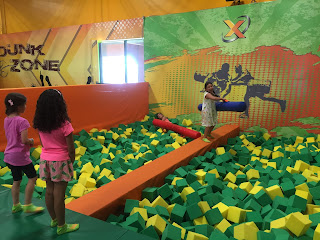 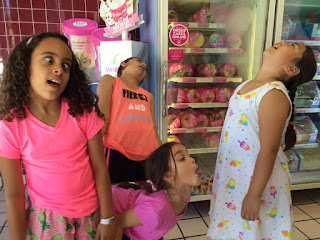 and then she got her daily swim lesson in before coming home to take a quick shower, have some dinner and then head back out for this: 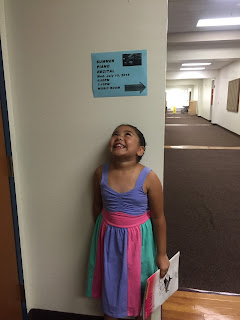 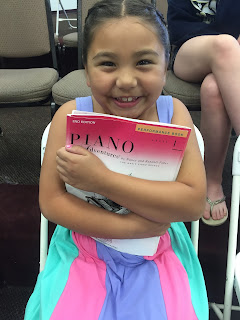 she's been practicing her piece for the recital nonstop.  i've literally had the theme song from "beauty and the beast" in my head for a solid six weeks, people.  good gracious.  and she was nervous and excited to be the very first one to perform: 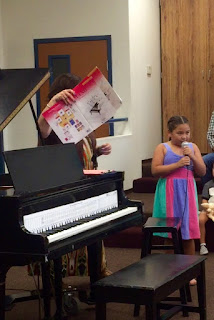 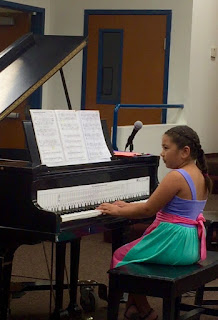 she killed it.  here's a little snippet:


she was so proud of herself when she told me last week that she had been chosen to play the song solo AND as a duet with her teacher.  while she did a great job with it by herself, i had to admit that it did sound extra pretty with the added notes and flourishes during the duet.  and then she was brought back up to play it again at the end of the recital - which meant that she'd played her song multiple times over that hour.  a little overkill, perhaps?  i was super proud of her, but felt a little bad for the audience, who'd had to hear the same song FOUR times.  yikes.

we spent the ride home giving her ideas for what she could learn to play next.  my vote?  the theme song from "pirates of the caribbean."  although i'm not sure if i really want to have "yo ho, yo ho, a pirate's life for me" stuck in my head for weeks at a time.  huh.
at July 16, 2015

Email ThisBlogThis!Share to TwitterShare to FacebookShare to Pinterest
Labels: bean is a pianist, dentists aren't so scary after all, playdates, summer vacation is here