a few months ago, the hub asked me if i was interested in joining a bunch of his old-man friends and their wives for a wine tasting excursion weekend up in paso robles.  now we all know i'm no big wine-o, but it sounded like fun...and a date weekend is always a good thing, right?  so we put it on the calendar and i left all the planning up to him and his cronies.

that morning, i was super distracted and trying to get packed and making sure the bean and the old lady were all set (they were staying home together for the weekend), and hopped into the car to go and pick up some stuff at the dry cleaners'.  i threw it in reverse, stepped on the gas, and *crunch* i backed right into the hub's car, sitting in the driveway completely unnoticed by me.  UGH.

the hub came out to see what happened (since he'd heard the noise from inside the house), comforted me as i burst into tears, and then started cracking up.  UGH x 2.  and that's all i've got to say about that.

i managed to sleep almost the entire way up, and when i woke up we were pulling into the hotel...the best western black oak.  there hadn't been much in the way of availability for the weekend because it was also a big wine festival going on, and so we took what we could get that was still fairly nice.  our room looked to have been recently remodeled, and it was comfortable. 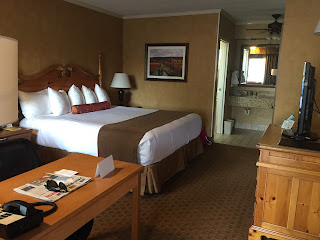 i totally smirked at the bathroom amenities though, knowing my hair stylist would clutch her pearls at the sight of the pantene products. 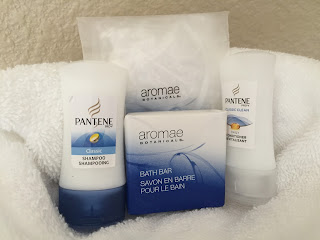 and i spent a few minutes getting caught up on local news. 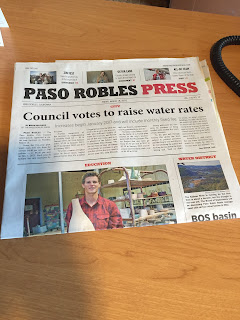 once everyone arrived and got settled in, we hopped back into the car and headed out to check things out.  first stop:  the firestone walker brewery. 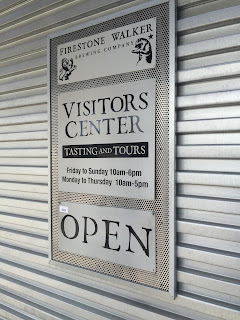 i was intrigued by the sign that greeted us as we entered, but as much as i'm not a wine-o, i'm even more so not a beer drinker. 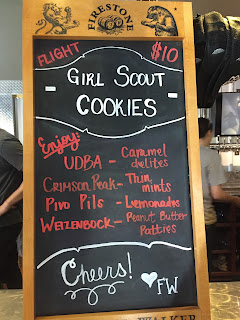 still, i thought i'd try at least one to see what all the fuss was about.  maybe this fancy craft beer stuff wouldn't be so bad.  except that it was.  ewwwww. 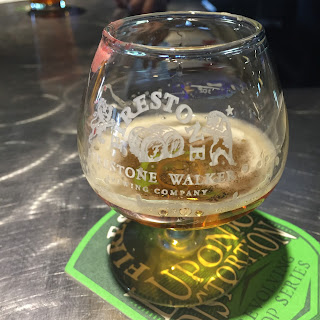 the hub decided to try a flight to do some beer tasting, and received a token good for a discount in the gift shop. 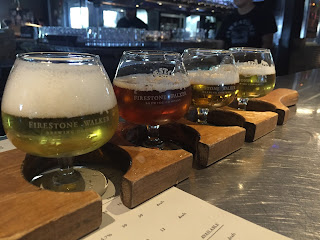 i decided to forget about the beer and went for a trio of fries with dipping sauces instead. 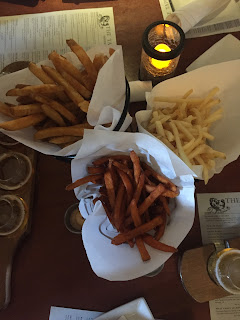 and i should also mention that the staff at this place was less than hospitable.  the servers in the tasting room couldn't be bothered to even greet us as we entered, much less actually offer us any service.  and the server in the restaurant rolled her eyes at us more than once as we attempted to place orders for food and drink.  ROLLED. HER. EYES.  we were a table of 14 people, clearly there to spend some money and have some fun, and she was an asshole to the nth degree.  we finished what we ordered and got the hell out of there, stat.

next stop:  the barrelhouse brewing co. 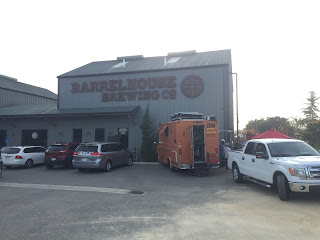 more beer, but with much friendlier staff and better atmosphere.  it was really cool there, with tables to sit at and live music to listen and dance to. 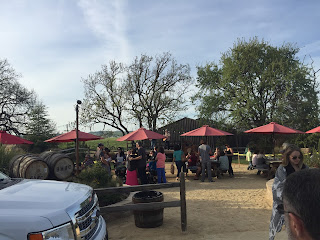 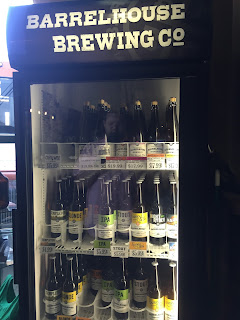 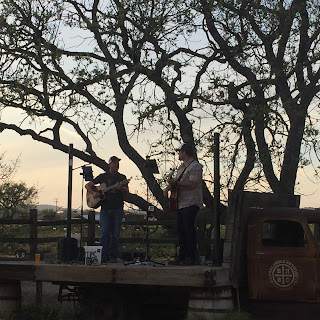 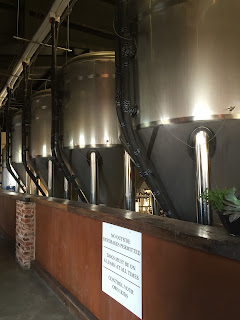 i didn't bother to order any beer this time, but everyone else seemed to enjoy theirs. 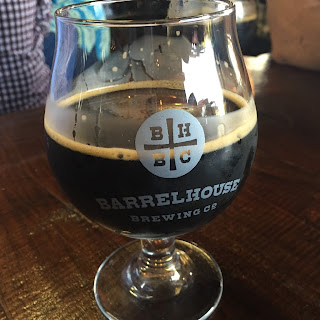 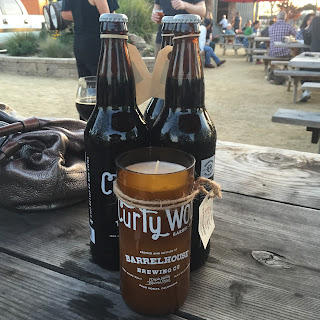 we decided to cancel the dinner reservation for a local restaurant and ended up staying there to eat from the food truck instead. 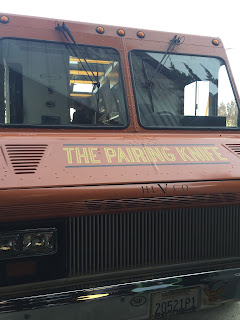 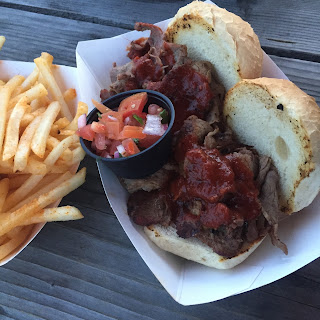 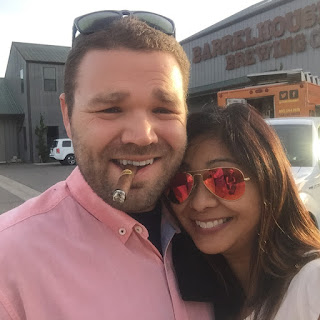 and then we shut the place down. 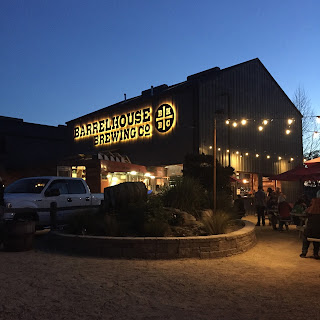