right after i accepted my finisher's medal from that 5K, we hopped into the car and headed straight for home to squeeze in a shower before continuing on with our packed saturday schedule.  the old lady had taken the bean to the orthodontist for the next step in her journey to braces, and by the time i got out of the shower they were back.  i had just enough time to dry my hair, throw on some clothes and head out the door.

this year, the school's annual jogathon was a little different.  i like how they try to switch it up so that the kids want to participate and have a great time doing it - the last couple of years had seen them doing fun obstacle courses, but this time they changed it.  the classes each picked out a team name that were put on class t-shirts, and they wore them to assemblies and casual dress days for school spirit.  and then they put those shirts on again for jogathon day, where they got to play field games against each other as a class. 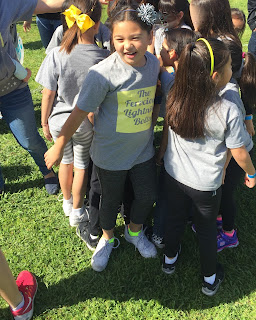 i was kind of disappointed in how it all played out, as they really only played two games.  there was a bouncy ball relay: 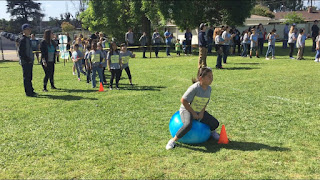 and then they recruited volunteers to hold up a giant tarp for the next game, and because i'm a team player like that i stepped up to help. 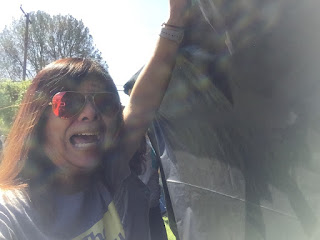 turns out that we were basically forming a wall between the second and third graders that they were to toss hundreds of balls over.  each team got a bucketful of them, and their job was to chuck as many of them over that wall as they could - the team who had the least number of balls at the end of the round won.  and it was madness. 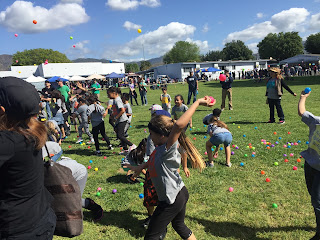 and there was another member of the audience overhead...a drone, which i assumed was taking pictures and videos. 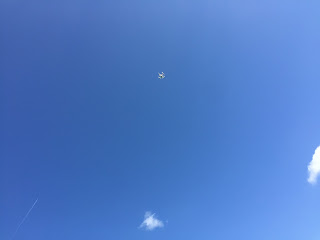 after some deliberation, the "game masters" declared the third graders the winners of round one.  which meant there was a round two.  yaaaaaaay. 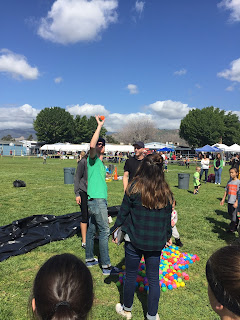 despite the large number of balls in a pile on our side, the second graders took the second round, resulting in a tie.  that's when i realized that the game was totally rigged.  is this another piece of that "every kid gets a trophy" mentality?  oy vey.  although i suppose the bouncy ball relay had to be legit.  in any case, they're going to announce the winners at an assembly tomorrow.

when it was over, the hub bought a ride wristband for the bean to go and hang out with her friends while i went off to work my shift in the booth assigned to our class.  my job?  well, here's a hint: 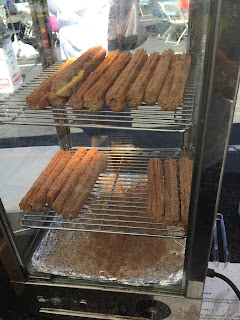 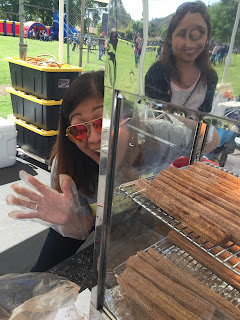 after all that running around, the bean decided to spend a couple of her tickets on a treat. 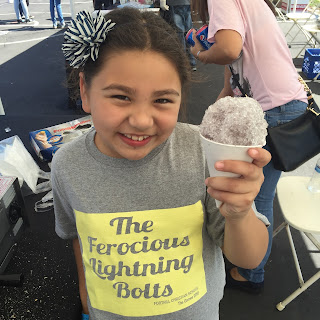 and when my shift was over, i headed right over to the nachos booth to grab a tray.  too bad for me, though - they'd run out of cheese.  i was so sad.  but instead, i picked up a giant pretzel that was warm and chewy and salty and perfect. 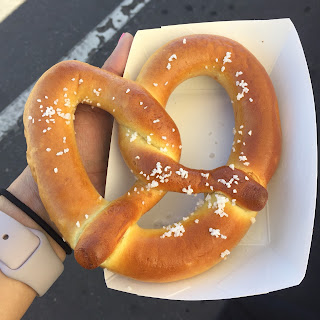 as i snacked on it, i wandered around and checked out the rest of the extravaganza.  i'd been hearing about this lularoe clothing company for the last couple of months, but had never seen it out in the wild. 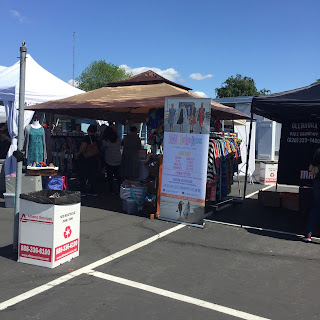 looked like a bunch of leggings and simple dresses and tops made from knit material that i have piles and piles of at home.  i didn't bother to look closer, but i also hear that the prices are a bit high on the pieces, and it's an MLM to boot.  nope nope nope.

the bean played a bunch of fun carnival-style games, including this one: 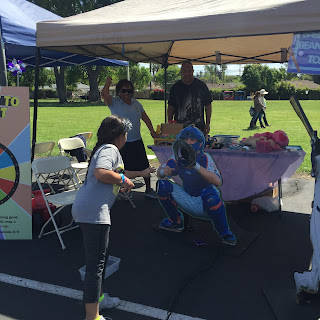 and went home with two bags full of prizes.  no goldfish this time, thank goodness.  she knew better. 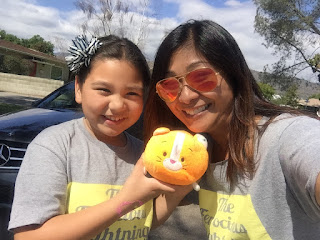 i dropped her off at her art workshop, and then headed home to relax a bit and found that the dog had already beat me to it. 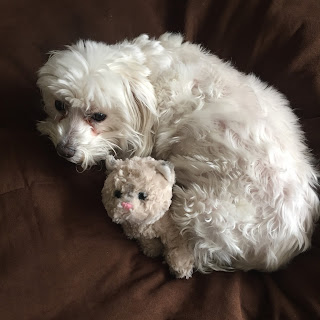 the art workshop she was at was a special "star wars"-themed one, and along with a cool drawing of C3PO, she came home with these cute little handmade figurines that she'd made. 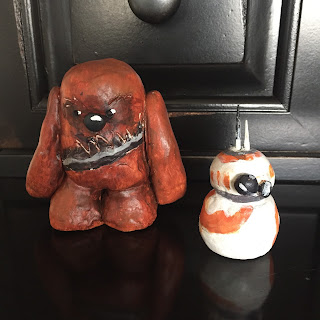 believe it or not, the day still had one more activity in store for her...and her daddy.  they put on their western-y best: 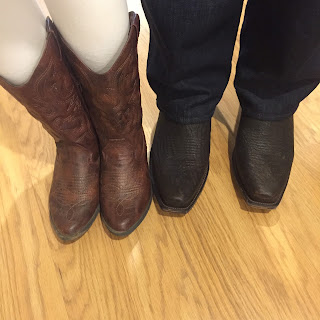 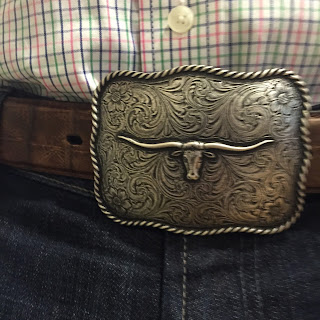 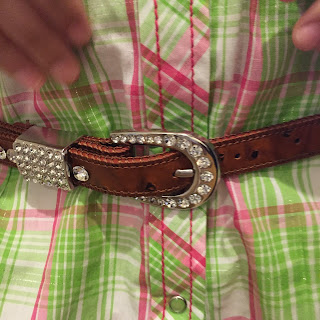 and with tickets in hand (okay, that's my hand, but photo op): 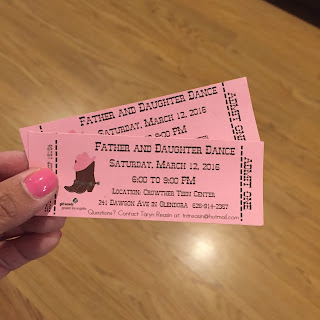 they do-si-do'd their way out the door and on to their own date night. 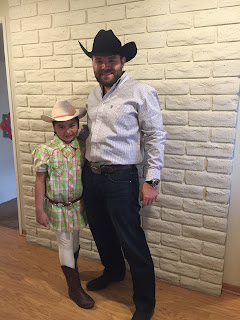 with nothing but time to myself, i headed out for a little pampering: 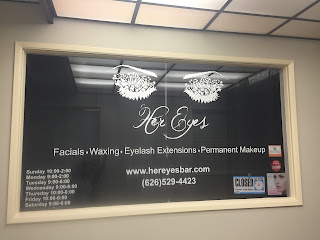 and a target run, where i picked up dinner, a drink AND dessert. 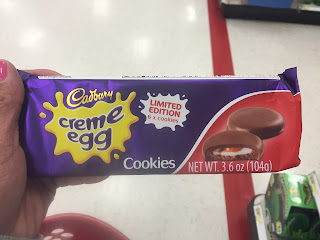 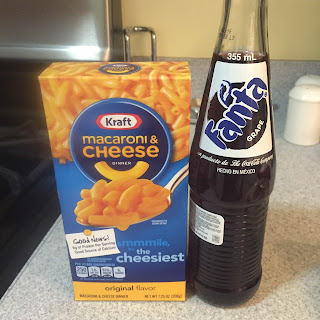