saturday morning found the hub and me up bright and early to head down to anaheim for the inaugural corral country music 5K.  while i haven't really listened to a lot of country music lately, i still thought it would be fun and it's always nice to have the hub come along with me to a race.

there was no early packet pick-up, so we got there extra early to make sure we didn't have to deal with giant crowds and long lines.  luckily, it wasn't too bad. 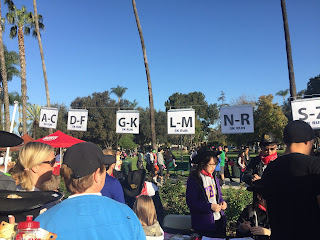 at this race, you got a bib, a bandanna and a cowboy hat.  i managed to get him to stop for a quick photo op...although you can totally tell from the look on his face that really, he'd rather not.  heh. 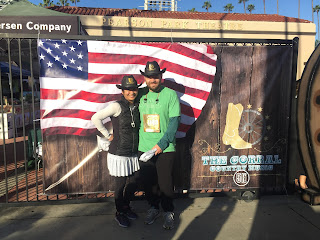 just behind us was the entrance to the amphitheater, where the beer garden and live music would be located after the run. 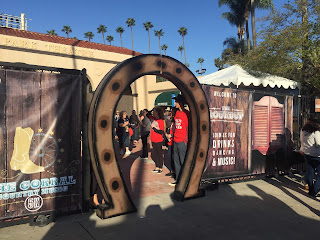 and the finisher's medals here were in the form of a belt buckle - not necessarily one you might actually wear, but a nice change from the usual. 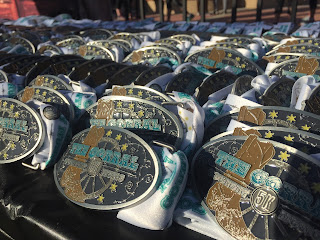 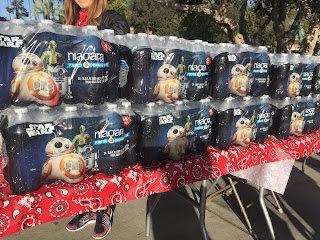 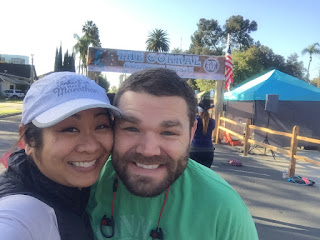 it was getting pretty crowded, as people showed up in costumes, jeans, you name it.  i would have died trying to run any distance in tight ass jeans, but people really love to commit to a theme. 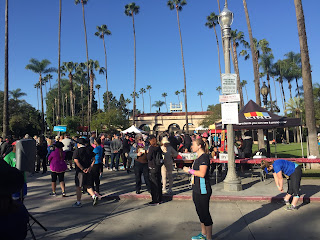 the national anthem was sung live by a member of a local country band.  and then we started a full five minutes early, according to my watch.  the hub, having built up some great endurance and speed during his recent weight loss challenge, took off like a shot and left me choking on his dust.  i just did what i usually do, slow and steady, and eventually came up onto the first mile marker. 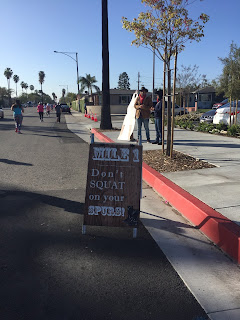 it was a flat and easy course along the streets of anaheim.  i recognized a lot of where we were from our adventures during the star wars half marathon, and stopped to take a picture at the second mile marker. 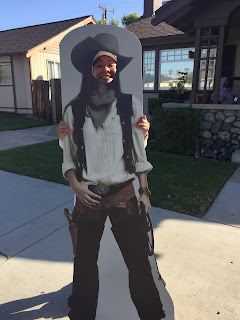 not long after that, i passed another familiar sight - the poke place where we'd taken the kids for lunch after their run in january. 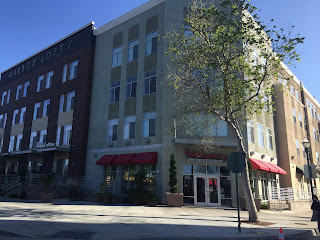 then we took a right turn and headed back towards the park. 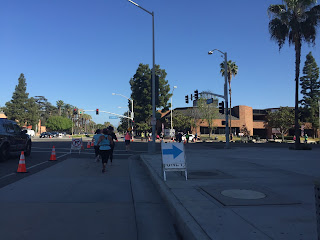 to get to the mileage we needed to finish the 5K, there was a switchback in the parking lot.  these two were super cute in their matching costumes. 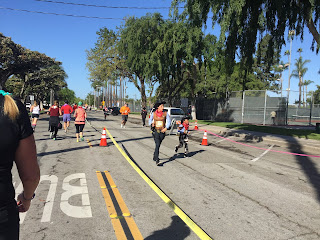 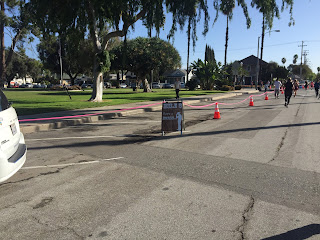 now, i never did see the hub after he left me at the start...until i spied him cheering me on and taking pictures at the finish.  i was like, DAMN, how long has he been waiting there??  he finally made good on his promise to beat me?  UGH. 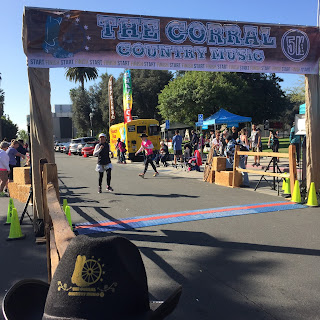 still, i was happy to accept my belt buckle. 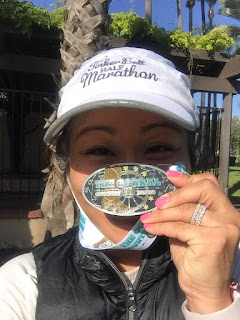 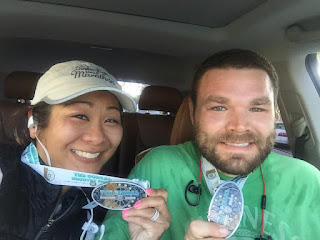 ....until the final results came in and i found that not only did he beat me, but he kicked my ass by SIX WHOLE MINUTES.  BAH.

clearly, i need to get on the ball and start training again.  this cannot happen again.  hmph.
at March 15, 2016