two weeks of monday day dates with the hub in a row!  this time around, we stayed local and hit up a little cafe that i usually forget is there unless i'm running past it on a saturday morning and am tortured by the smell of bacon as i shuffle by.  they serve breakfast all day long, and since i'm apparently on a french toast kick, i decided to try theirs. 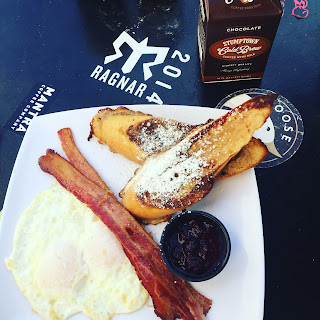 i also discovered a new favorite drink - cold brew coffee mixed with chocolate milk and served in a carton, OG-style.  grown-up chocolate milk with a kick...yes, please!  and when i sat down at the table, i noticed a very obvious sign sent from the running gods that said clearly, i need to sign up for another ragnar relay sometime this year.  we'll see.

the next morning, we got up bright and early to get the bean ready for her piano festival.  i'm not sure why it's called that, since it's not really a "festival" per se, but more of a showcase/competition where the kids memorize a piece to play in front of an adjudicator and answer a few questions about their song selection.  the bean has been working really hard on getting "ode to joy" down cold, which she managed to do almost a full month before the festival.  and one of her buddies got to carpool with us, since the festival was located down in yorba linda. 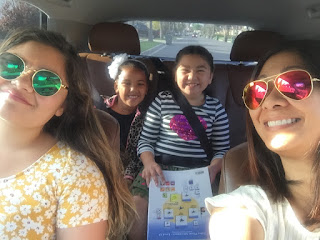 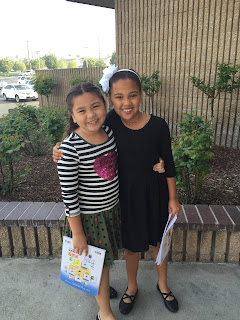 we checked in and were directed to the center building for both girls' performances. 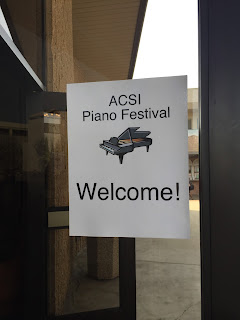 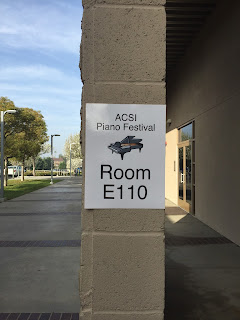 they both did a fantastic job, and the old lady and i were pleased to note that because a few kids didn't show up, we finished way ahead of schedule.  after they were finished, we took them back to the check-in table to collect their certificates and ribbons. 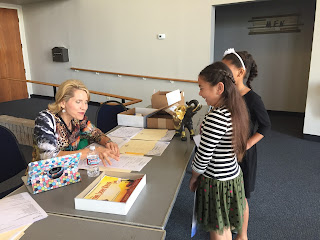 the bean was over the moon to see that she'd managed to score higher than last year, earning her the blue "superior" ribbon.  last year she was just a couple of points shy of this level, so she was extra proud of herself - as was i. 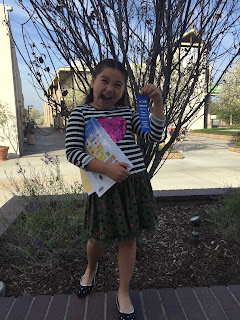 we decided to celebrate with some chicken minis at chick fil-a.  i know, i know. 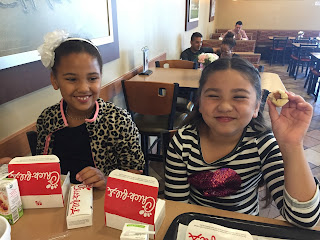 much later, after school and homework and all that fun stuff, we capped off the celebration with dinner at her most favorite place in the world - all-you-can-eat sushi. 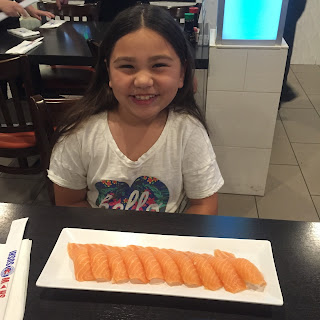 she wasn't the youngest kid in her school to participate in the festival this year, but she was super proud of her friends who came for the first time and earned ribbons of their own.  i can't wait to see what she gets to play next year!
at March 03, 2016