i still love crappy chain restaurants.  especially when they throw out fantastic deals to celebrate their anniversaries. case in point: the old spaghetti factory, offering full dinners for $4 and $5 for their 45th. 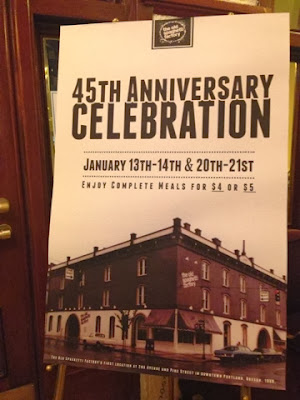 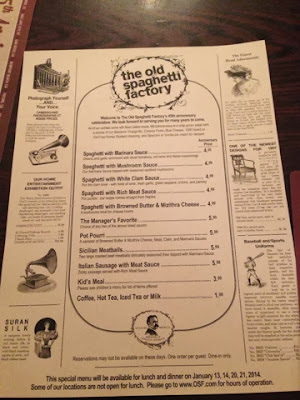 the closest OSF to us is in duarte, just a few cities away. the building was the original schoolhouse, which was converted to the school district headquarters for awhile before it was finally turned into the restaurant. 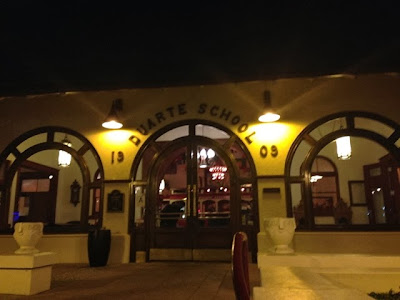 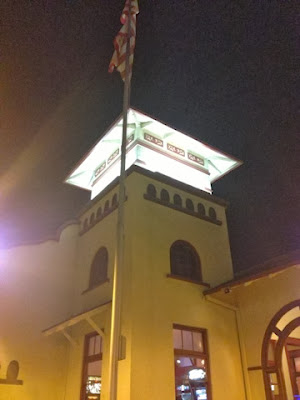 the teen used to love this place when she was little. her most favorite thing was their mac & cheese, which is something she and her sister have in common. as for me, i always go with the "manager's special." that way i get to pick two sauces for my pasta, and i almost always get the browned butter with mizithra cheese and meat sauce. tonight was no different. 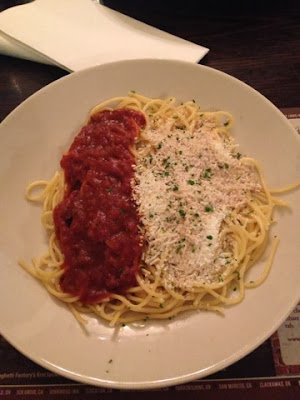 to wash it down, i opted for something new. can you guess what? 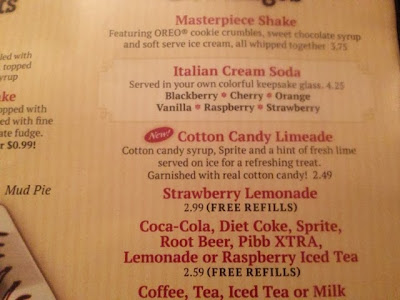 did you guess right? 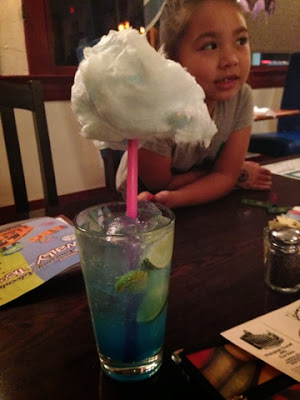 it's a beverage and dessert all in one!

the hub opted for spaghetti with an italian sausage. heh. 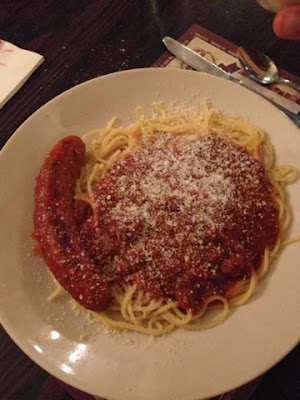 dinners always come with dessert here, and given the choice between spumoni and plain old vanilla, well... 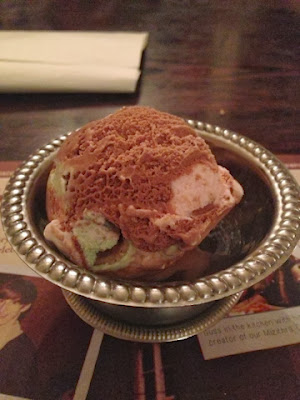 we'd gotten lucky enough to pick a night when lilcee and mini cee were free to join us. the girls had a blast sitting next to each other while lilcee just shook her head at the hub's and my antics at the dinner table.

not too bad for dinner for five, right? 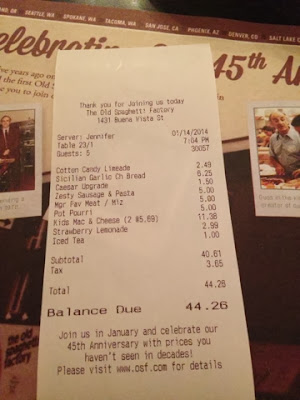 i'm kind of amused that our cheesy bread appetizer cost more than our entrees. but yeah...you get what you pay for. i guess my fond memories of this place are mostly of how much the teen loved this place...and the time she waited so patiently for her dinner only to have the server drop the whole plate on the floor right as he was bringing it over. muahahaha.

but anyway, hey - if you're looking for cheap dinner that you don't have to make yourself, tonight's the last night for the anniversary deal. go get you some.
at January 21, 2014

Email ThisBlogThis!Share to TwitterShare to FacebookShare to Pinterest
Labels: chain restaurants are good, food is better with friends