still workin' on my fitness

it's been a couple of years now since i finally got off my lazy, aging ass and started working out on the regular. in between the running, i've managed to stick to various dvd routines - mostly jillian michaels videos, which are usually 20-30 minutes' worth of high intensity, sweat inducing pain.

also, this new-ish release from her? holy balls. i'm still afraid to see what level 2 is like. 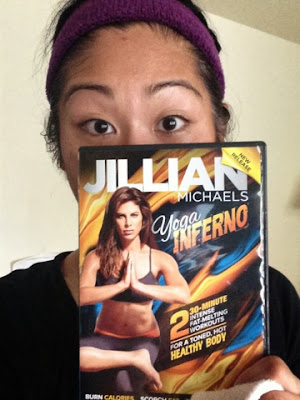 a few months ago, my friend ijack helped me procure this crazy set of jillian routines on a whopping 15 DVDs. 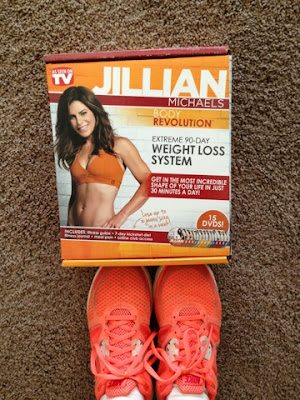 it's designed to be used on a daily basis over the course of three months. the discs are organized in folders like this: 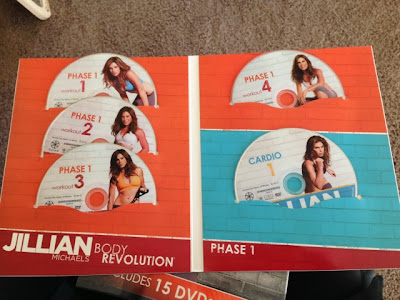 so you do phase 1 for a week and move up a level every week, throwing in a cardio session every so often. i actually had this sitting under my desk for an embarrassing length of time before i finally busted it out. and i like it - it's her typical circuit training routine, kind of like her entire library's worth of exercises all mashed together in an intense sweat session.

but i can't do only home videos. you know me - i get bored easily, and need to switch it up constantly. i still get my ass out to xtend barre classes at least once a week, and i really love it. they've been introducing new things lately, and just yesterday the teen and i tried out their yoga class. while it's not really our thing, it was cool to do something different in there.

i love that place so much i brought them cookies at christmas: 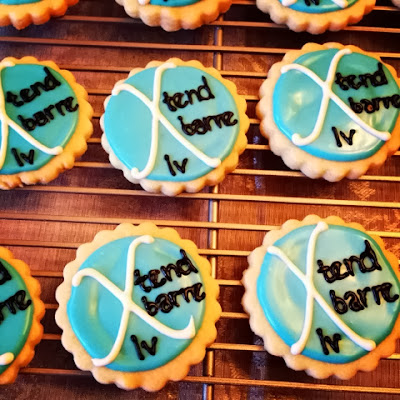 and i somehow lucked out big time and won a drawing from one of their facebook contests. i get to enjoy a whole month of unlimited classes, which is pretty stinking awesome. this comes at the most perfectest time ever, because they just started the "30 in 60" challenge. you pair up with another barre devotee and take 30 or more classes in 60 days, and the team who does the most wins fun prizes and gets entered into a drawing along with other winning teams from all around the country. i got teamed up with a lady who is literally there every day and is on their list of "centurions" - she's already taken 100 classes since they opened last summer. out of curiosity, i checked on my own attendance record and i'm at a measly 30-something. bah!

but i hope to get closer to getting my autograph on that special bar that hangs on the wall with this challenge. my name is on this list, with three Xs next to it: that's not too bad considering the challenge only started on monday. we'll see how well i do.

and then there's a new crunch fitness gym that opened just down the street from the cigar shop. the hub was telling me that one of his regular customers joined it recently with glowing reviews. for just $20 a month, you have unlimited access to it and all of their other locations. there's a great selection of machines for cardio and weight training, plus a full roster of classes. they even offer tanning (heh) and a hydromassage bed, all included with membership. the best part? you get to take a friend as often as you want. not just a day or a week pass for free, but for the duration of your membership. that's a pretty cool perk.

the teen and i went in to take a tour of the facility yesterday.  i couldn't take any pictures, but we really liked what we saw. there was a yoga class going on while we were there, and it looked like something we would totally do. it was more jillian-style than the typical quiet type of yoga, with lots of movement and less holding positions for long periods of time.

not to mention, the dudes on staff are really cute. haha!!

now if only i could make myself eat right, i would totally be a rock star. too bad that ain't happening any time soon.
at January 17, 2014

Email ThisBlogThis!Share to TwitterShare to FacebookShare to Pinterest
Labels: working out