weeks ago, i got a slammin' deal on something i'd been wanting for a long time: 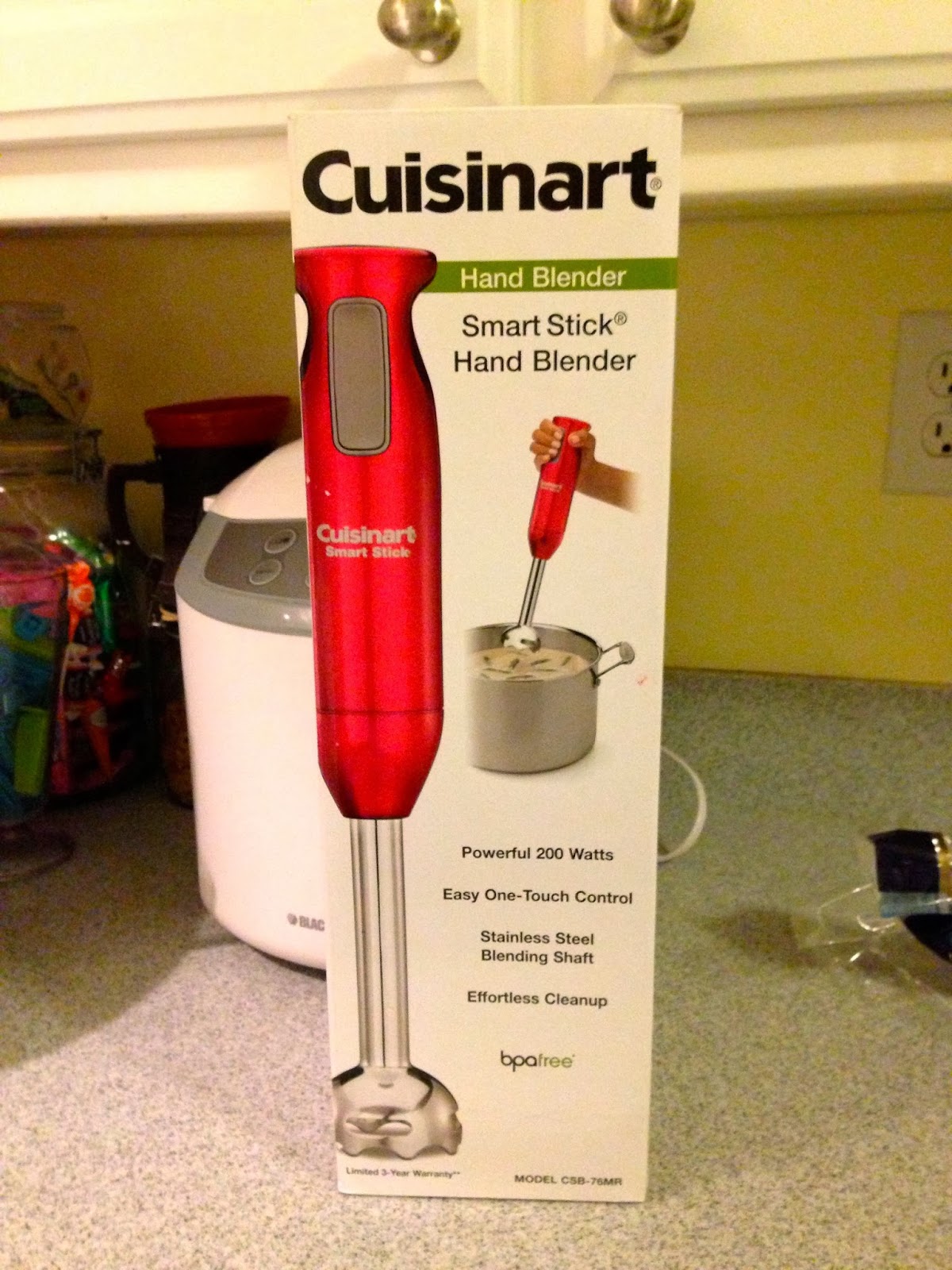 i suppose i could've gone on with the rest of my life without one more fun kitchen gadget.  but for those times when i really, really wish i could just blend shit in the pan without having to drag out the heavy ass blender…well, now i have something that lets me do just that.

(although considering how long i've had it in the house before i finally busted it out probably speaks volumes, huh?) 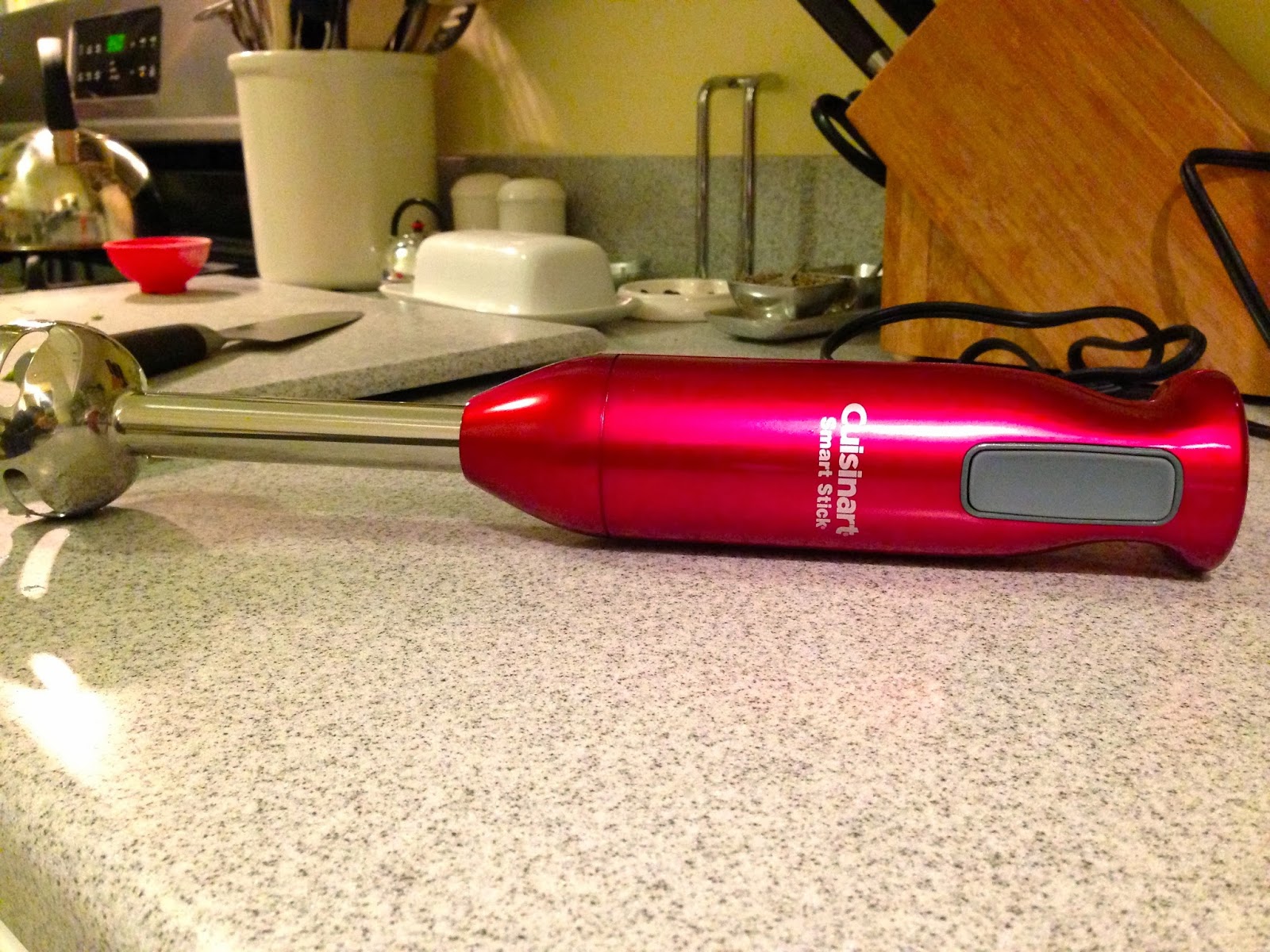 and such a simple piece of equipment that i didn't even need to look at the user's manual.  well, okay, i did consult it once to see if i could put the blendy part in the dishwasher (si, se puede).  but it's pretty self-explanatory - and only has one button.  idiotproof.

and what, you ask, finally prompted the debut of this new toy?  well, i was craving some cream of asparagus soup.  and as luck would have it, i had a nice little stash of fresh asparagus spears in the fridge, just waiting for the right recipe.  right next to it was a carton of mushrooms that i didn't really have any other plans for, and so i ended up creating my very own recipe.  i give you:  wan's homemade creamy asparagus mushroom soup.  and it's super easy, too.

snap off and toss the dry, yucky ends of the asparagus (about 1/2 pound) and then chop the rest into 1/2" pieces.  if using whole mushrooms (also about 1/2 pound), slice into chunks.  boil a couple of inches of salted water in a saucepan and then add the veggies.  simmer for about 5 minutes or until tender and then drain - but save about a cup of the broth. 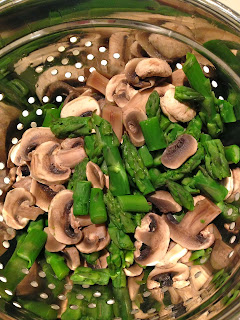 next, create the soup base by melting a couple of tablespoons of butter and whisking in an equal amount of flour.  add in about a teaspoon of salt and 1/4 teaspoon of pepper.  slowly whisk in 2 cups of milk (we only ever have skim in the house, but you can use whatever you want) and cook over medium-ish heat.  stir it constantly until it thickens and bubbles a little, or until it's a little thicker than whatever consistency you like your soup. 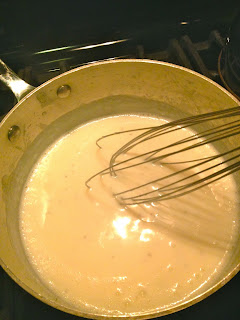 add the veggies and then blend the shit out of it with your magic immersion blender (or just use a regular blender if that's what you have). 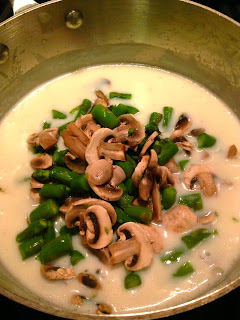 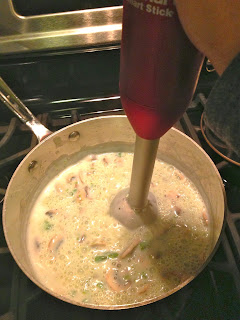 stir in the cup of broth and then add salt and pepper to taste.  and then if you're like me, you'll bake up a batch of quickie pillsbury crescent rolls to serve it with. 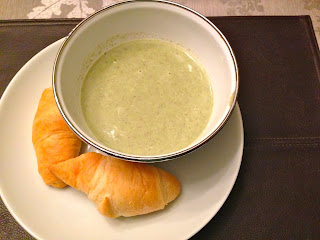 okay, i know it's not the most visually appealing thing that ever was, but it's super delicious.  i kind of wish i had some leftovers to enjoy right now.

Email ThisBlogThis!Share to TwitterShare to FacebookShare to Pinterest
Labels: adventures in cooking, soup is good food