looking for love in all the wrong places

i'm pretty excited to share that i was selected to join team superhero again for 2014. it's been a blast getting to know a diverse group of runners, supporting each other through various runs and representing superhero events all over the country. i'll get to rock my singlet and hopefully recruit lots of people to join us at the hollywood half and the awesome 80s runs. yay!

as part of my duties, i get to help out at the local race expos where superhero events has a booth. this last weekend was the first race of the year - the second annual new year's 5K and half marathon. bib pickup and fitness expo were held at the fabulous, historic biltmore hotel in downtown l.a. 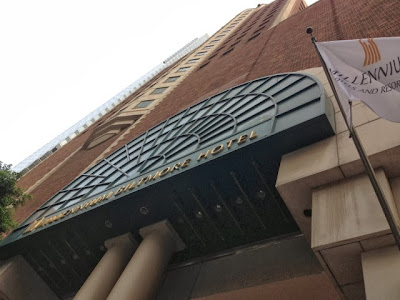 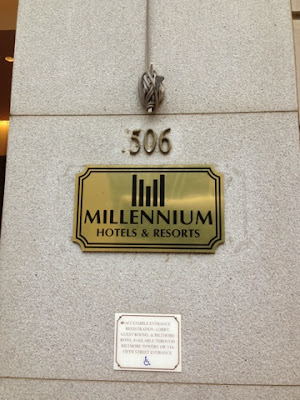 i arrived for the first shift about 20 minutes early. the hotel lobby was still decorated for christmas. 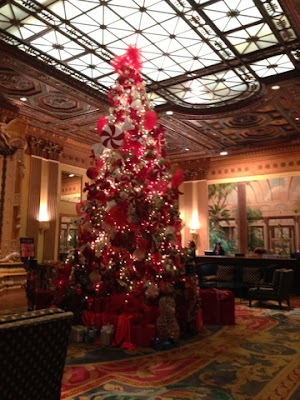 as i made my way through the hotel, i came across a rather large display of official merchandise for some upcoming game at the rose bowl. 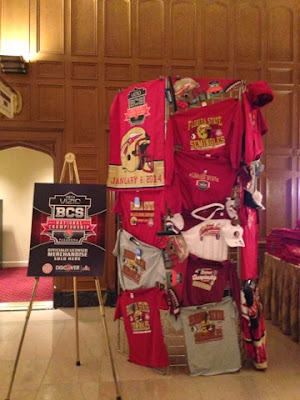 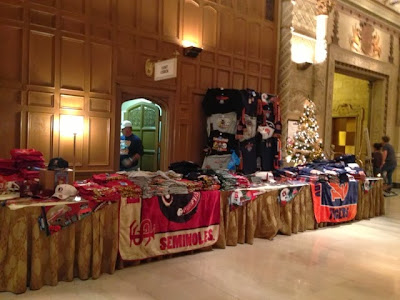 i've not really spent a whole lot of time here, but i think this hotel is beautiful. 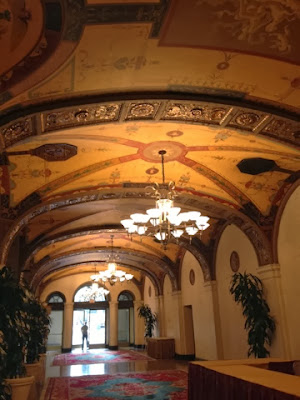 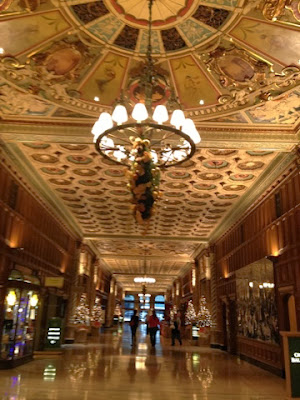 i had a good idea of where i needed to go, since i'd come here last year to pick up bibs for me and the teen. 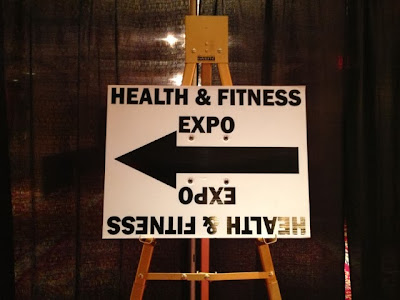 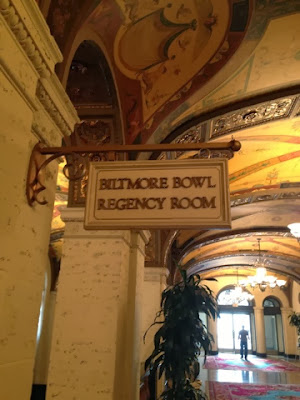 i was the first one on our team to arrive, so i checked in and picked up my exhibitor's badge. 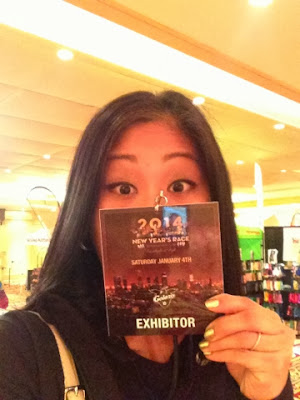 it was a fairly small expo, but there was a handful of fun vendors present with their wares. 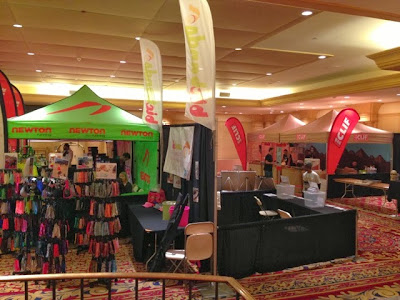 the new year's race and the hollywood half teamed up this year to offer the "best of l.a." challenge. if you ran both half marathons, you'd also take home this gigantic medal: 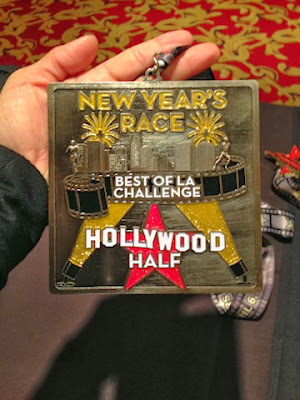 with my hand in that picture for reference, you can see just how large and in charge that thing is. it's super heavy and i'm thinking you could eat breakfast off of it. most people who walked by and caught a glimpse of it did a double take and made a face sort of like this: 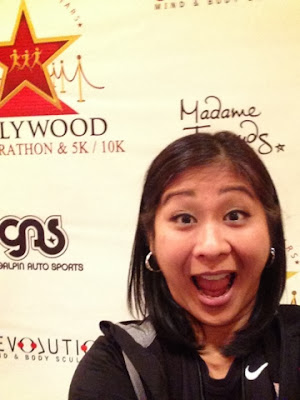 along with my fellow teammates, we sold one registration after another during our shift. 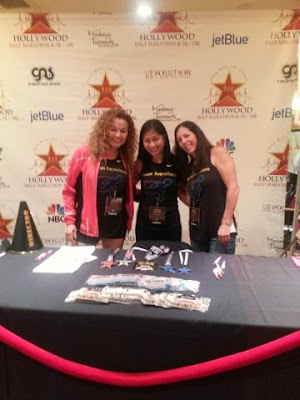 we got our fair share of oddball characters, too. one guy came by, introduced himself to each of us with a handshake, and then scurried away. and then there was this dude, who tried to joke around by saying that he was still learning to walk. we just kind of gave him the bullshit courtesy laugh, which only seemed to give him the impression that we wanted to continue chatting with him. he gave us big smiles as he proceeded to tell us that he's a writer, is looking for a "beautiful rabbit," and threw in "oh, and i'm divorced."

when more legit people stopped at our booth to see the medal and get more information, he finally got the message and backed off. but not without whipping this out for us to peruse: 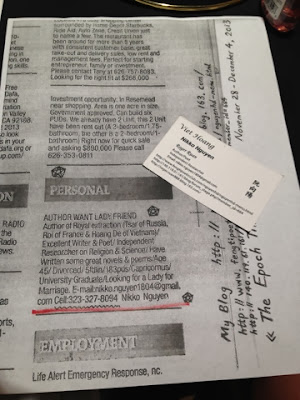 probably it isn't very nice of me to put him on blast like this, but hey! maybe a beautiful rabbit, AKA his soulmate, will just so happen to read this. i mean, i'm just offering a public service here. and it's not like he didn't actually have that published in some newspaper somewhere.