one of my christmas presents was this: 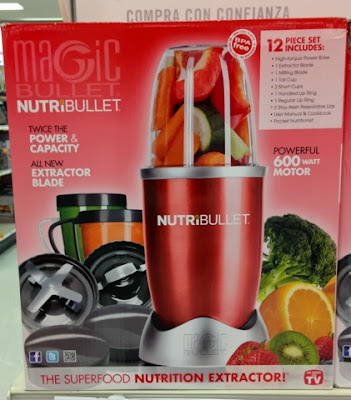 after i was done unwrapping it, MIL leaned over and whispered in my ear "you don't have to keep it if you don't want it, it's totally fine!" haha, i love her.

a few years ago, i would have absolutely been all over this thing. i'd eyed it when i was in the "homemade organic baby food" kick, but it was way pricier than my budget. alas, with my cheapy little baby food chopper, a food processor and a blender, i really didn't need this thing. so during one of my target runs with the teen, i lugged it into guest services to process the return. i was already envisioning all of the fun target clothes i'd be adding to my wardrobe, plus a shopping spree in the beauty department.

except that it was not to be. because i didn't have a receipt and the value was over $70, the only option i had was to exchange it for equal value in the same department. but hey - i love new cooking and baking gadgets, so this was not a bad thing.

the teen and i perused all sorts of ideas, including a wok, various utensils, can openers, cookie sheets. but then i caught sight of something that i've always wanted but never really had the chance to pick up. another aisle yielded one more item that landed in our cart.

look at my new toys! 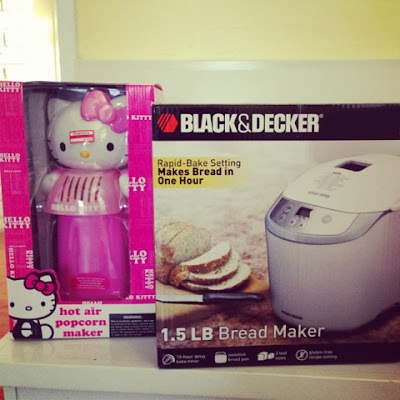 why yes, i do already have a hello kitty popcorn popper. but i don't love the taste of popcorn popped with oil, and i've read all sorts of bad shit about microwave popcorn. i'm far too lazy to stand at the stove and make it in a pan, so i'm extra excited for this thing.

as for the bread machine, once i read in the manual that it could be set ahead of time, i cracked it open immediately. good thing i'd bought this stuff too. 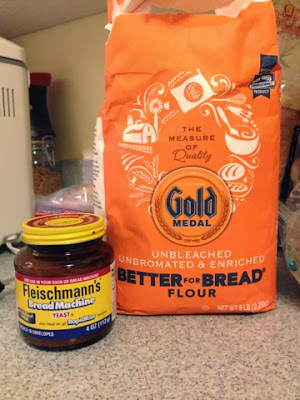 i looked up a recipe that would make for a lovely breakfast - cinnamon sugar bread. i dumped the ingredients into the little pan, found the right setting and counted out how much time to add to the baking cycle. 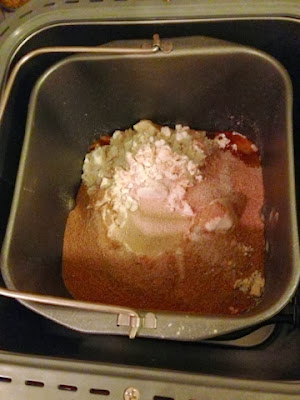 i seriously couldn't get over the notion of just putting stuff in there and waking up to freshly baked bread in the morning without having to do a damn thing. no mixing, no kneading, no waiting around for dough to rise. crazy!

actually, i did get up around 11:30 after it hit me that i'd totally calculated the timer all wrong. instead of being ready at 7am, the way i'd set it, we wouldn't have breakfast till 9. oops. so glad i caught it in time.   i never was good at math.

and sure enough, just before 7 i woke up to a loud ass beeping noise and the aroma of cinnamony sweet baked goods in the air. i scampered right over to check it out, and the smell just got stronger and more fabulous as i got closer to the kitchen. 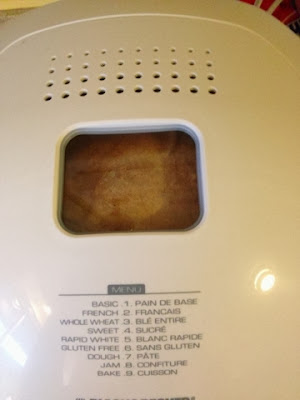 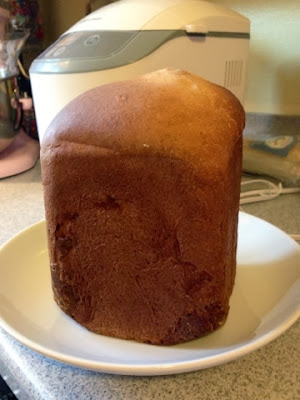 that is one big ass loaf of bread, yo. i grabbed a knife and sliced off a piece for the bean, who came sniffing for breakfast. 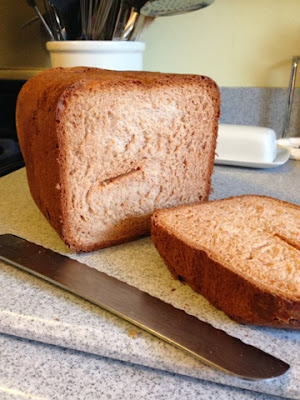 on a high from a successful first go-round, i decided to test out the "rapid" setting with a recipe for brioche. i followed the directions carefully, hit the button and hoped for the best.

too bad it was the biggest, saddest, most epic fail in the history of bread machines. 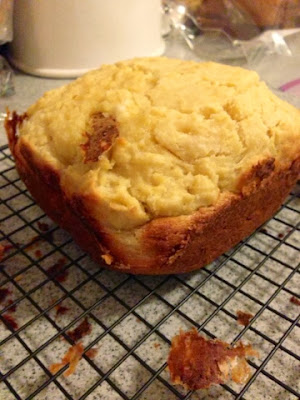 Email ThisBlogThis!Share to TwitterShare to FacebookShare to Pinterest
Labels: adventures in cooking, breadmaking