when we got home from disneyland, i tucked the sleeping bean into bed and snaked one of her running shirts from her closet. using some leftover material from a couple of weeks ago, i sat down at my sewing machine and cranked out a quickie top for her to wear with her sparkle skirt in the kids' race the next morning. she couldn't very well wear the dress i'd made for her because it was way too long and she'd totally trip and fall on her face. so instead she had this: 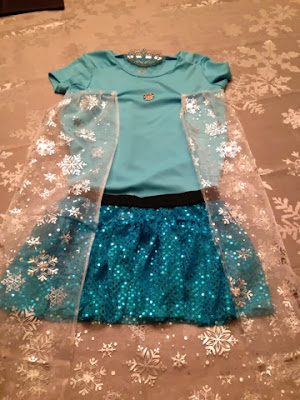 not bad for a 10-minute project, right?

the next morning, we all piled into the car bright and early and headed back down to anaheim. 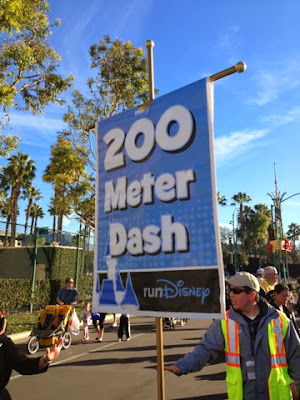 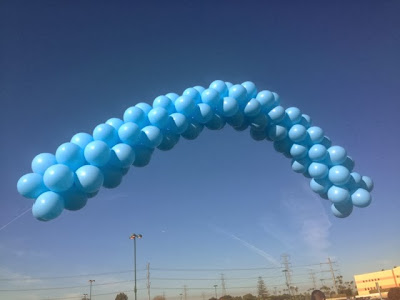 the hub headed off to find a spot near the finish line, while the teen and i stayed with our little runner. the line-up was pretty long, but the runDisney staff kept it moving. 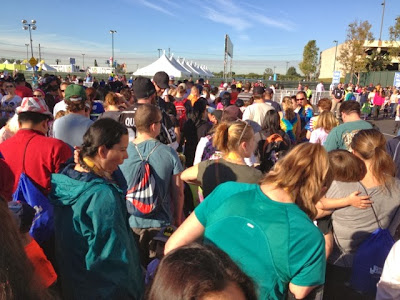 i've read a lot of posts by people complaining about these races being disorganized and crowded. but while the latter is definitely true, i think rD actually does a pretty darn good job of keeping things rolling.

the older kids (7-8 years) went first, running a 400-meter dash. as we waited for them to finish, we snapped these: 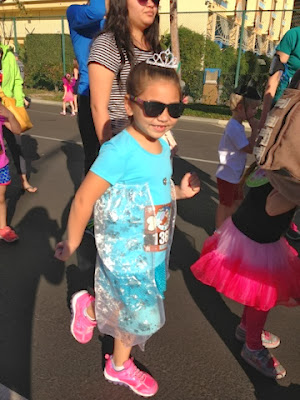 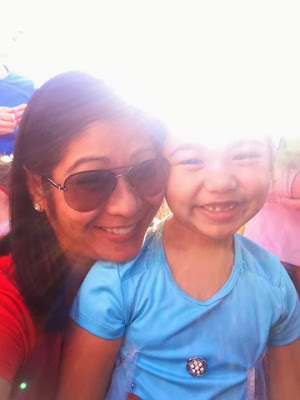 the bean had already announced that she wanted to run alone this time. she's such a big girl. so when the line started moving towards the start, the teen and i wished her luck and told her to run fast and then slid out through this exit. 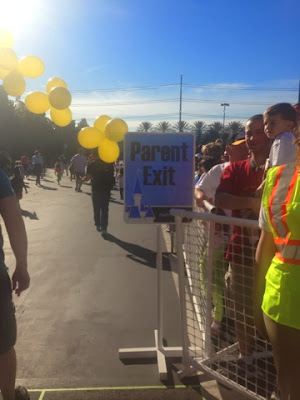 as it turned out, she really took our words to heart. as we left, i caught a glimpse of her making her way to the front to get the show on the road. i hadn't realized until then how far we had to go to get to the finish line. 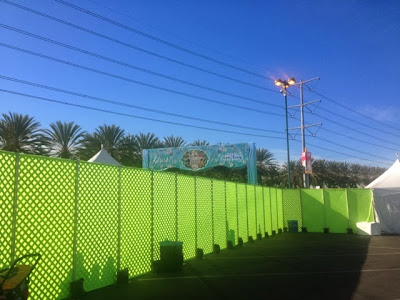 we found a great spot to watch the runners as they sprinted by. but as we watched and waited and time went on without seeing our girl on the course, we got a little nervous. the staff is pretty good about utilizing the parent pick-up system, though. you tear off the little tab at the top of the race bib, and it's basically your ticket to picking your kid up at the finish. before you're allowed to exit, you have to show the numbered tab that matches the bib. i had ours in my pocket, so i told the teen to find the hub while i headed off to find my kid. 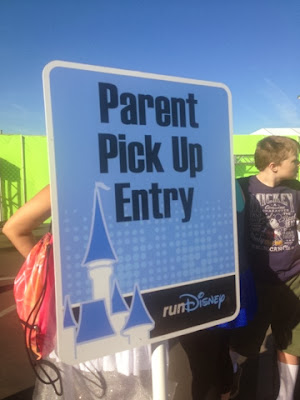 just as i got inside the pick-up area, my phone rang with an unfamiliar number. as i typically do, i ignored it as i scanned the crowd in search of the bean. but when the same number popped up again two seconds later, i picked it up.

let me tell you, all those sessions of drilling my cell number into the bean's noggin really paid off. apparently, she was just standing there looking around for a bit, and another mom stopped to ask her if she was okay. her own daughter was dressed as frozen's anna and had pointed the elsa-clad bean out. so she called me and i found them just as she was taking these: 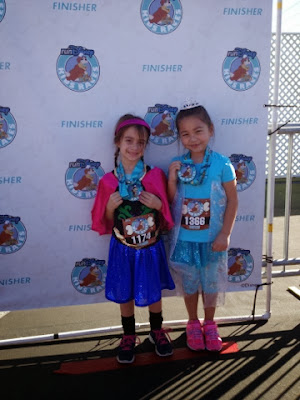 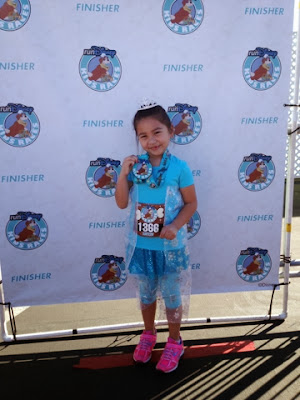 i thanked her profusely as we made our way out to find the teen and the hub. i was so relieved - i mean, even though i felt certain that she couldn't leave without me, it was still a little nerve-wracking to have lost track of her for even a few minutes.

Email ThisBlogThis!Share to TwitterShare to FacebookShare to Pinterest
Labels: disneyland, run disney, the bean runs too, tinkerbell half marathon