another day, another disney run

a 5am start time for a half marathon is brutal. BRUTAL, i tell you. even though i managed to sweet-talk the hub into letting me book a last-minute hotel room nearby, i still had to do this: 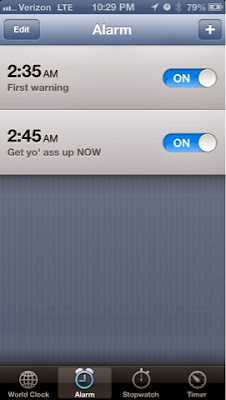 although it really didn't matter. as i usually do, i found myself wide awake a good half hour before i needed to be. i forced myself to rest as much as i could and then tiptoed into the bathroom to get ready. 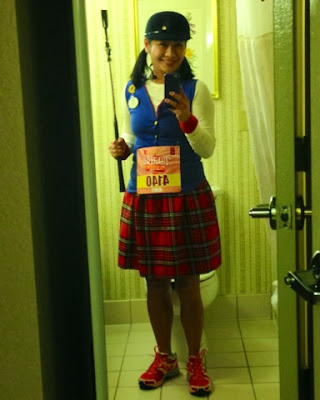 the weather was perfect. 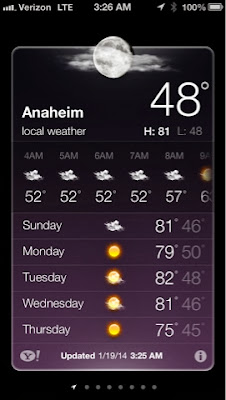 i got to skip the shuttle and instead caught a ride with my friend kelley, who came dressed in a super cute costume. 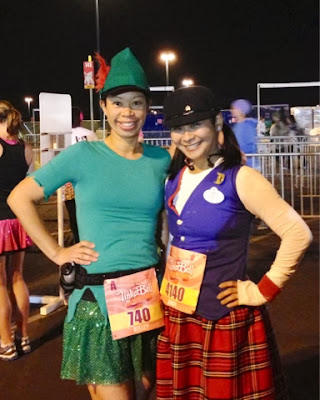 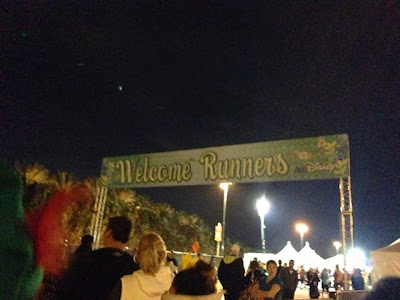 when it was time to make our way to the corrals, i ran into my friend delovely details and her hubby. 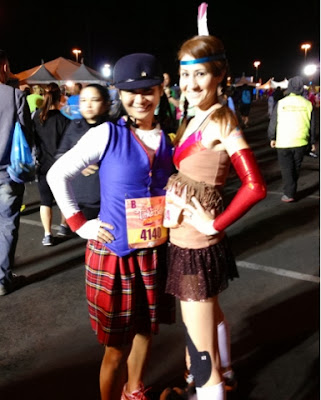 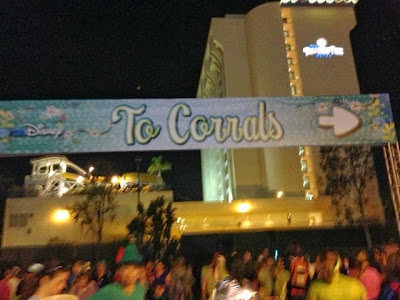 thanks to a reorganization of corral placement times, i scored this year and found myself up a little closer than my usual: 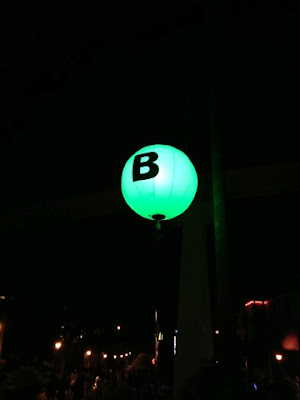 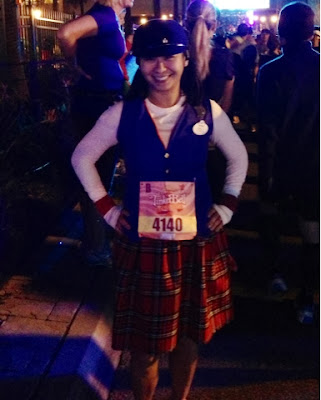 it was really nice to get started fairly close to when the gun went off. 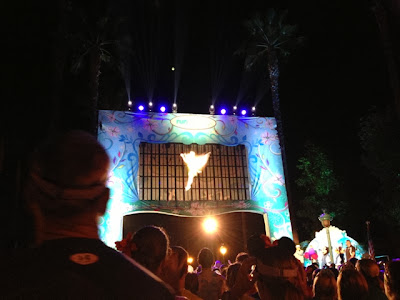 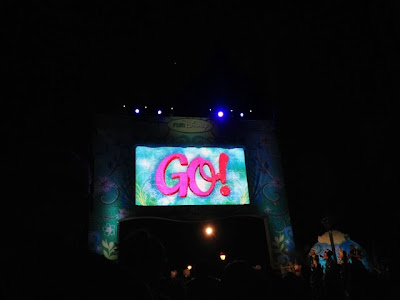 starting in an earlier corral also means that there's a lot less weaving to do around walls of walkers. don't get me wrong - i definitely take my share of walk breaks, just not in the beginning of a race. and big props to those who do walk the entire 13.1 miles of a half, because i sure couldn't do it. the other difference this year was the presence of male runners in B. in the past, dudes were only allowed to start as far up as C. it's cool and all...i mean, hey, fairness and equality for all, right? except that a lot of those guys are assholes who think it's okay to throw elbows and ignore running etiquette as they push their way to what they clearly feel is rightfully theirs. there are some women that do this too, though. either way, people, quit acting like jerkfaces and have some respect for your fellow runners.

running through the parks is always fun. i was really hoping for frozen's anna and elsa to make an appearance for photo ops, but they were nowhere to be found. it also seemed like there were fewer characters out this year, so the lines were already fairly long when i came through. i did stop for a few, though. 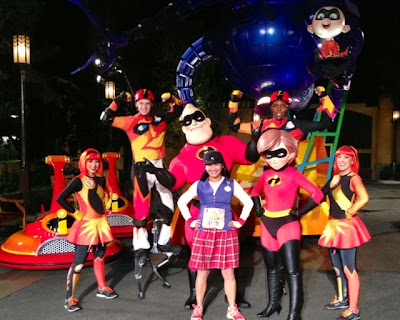 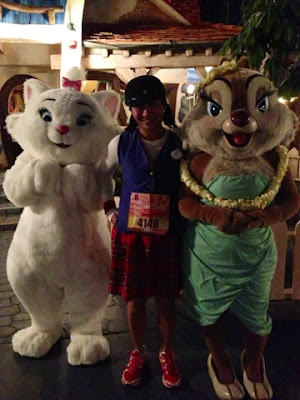 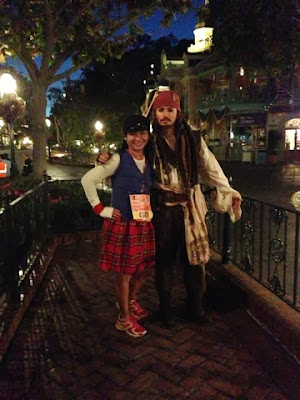 here's a tip, too: to get the maximum amount of cheers from cast members, dress up as one of their own. quite a few of them did a double-take as they saw me scampering through the parks in my faux tour guide getup. it was fun to watch.

i also couldn't resist taking pictures near some of my favorite disneyland landmarks, even though i take these at every disney run. 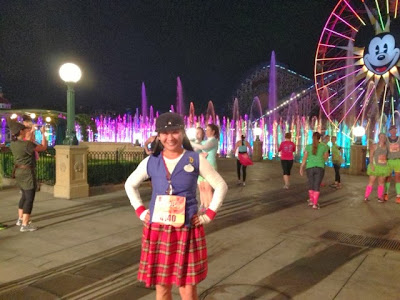 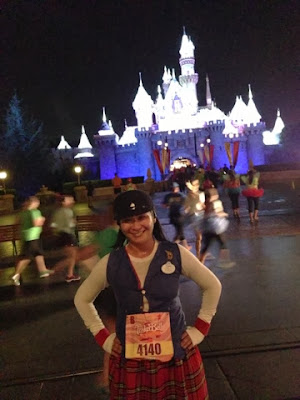 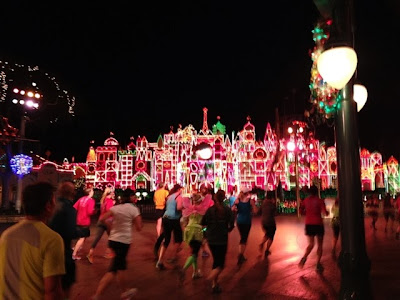 the course dumped us out onto the streets of anaheim just after mile 6. since we were running through a bunch of residential areas, there were these gentle reminders every so often: 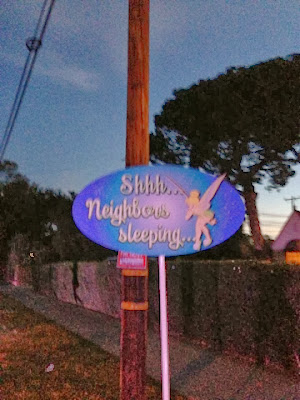 because it was still dark and i was trying to take pictures while in motion, most of my shots are hopelessly blurry. it wasn't till almost mile 9 that i started getting halfway decent pictures. 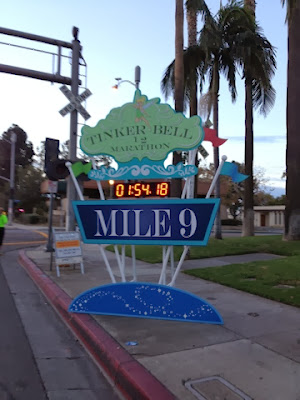 soon i was here: 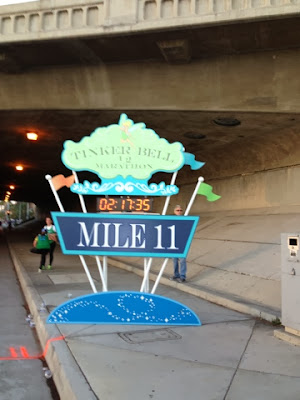 and then it was back to the disneyland resort for this: 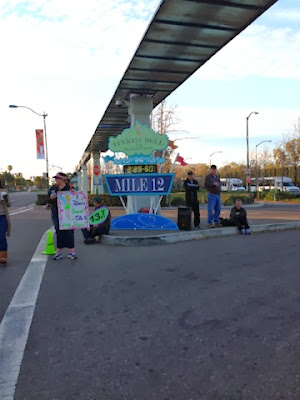 i wasn't expecting a hill in the final mile. thanks for that, runDisney. as if that last bit isn't tough enough for me as it is. at least the rule still applies: what goes up must come down. 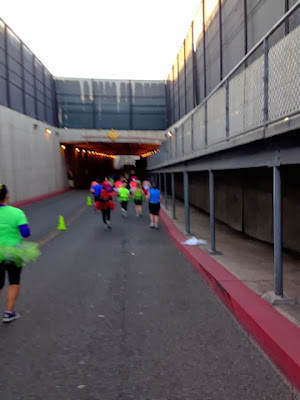 i still didn't finish any faster than my very first try at this run, but i managed to shave a few minutes off of last year's time. and i was happy to accept my new shiny finisher's bling. 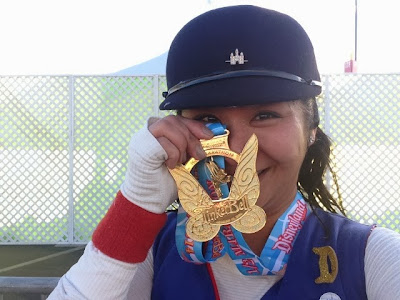 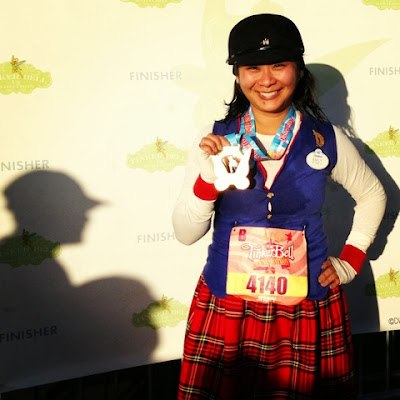 i wish i liked bananas. 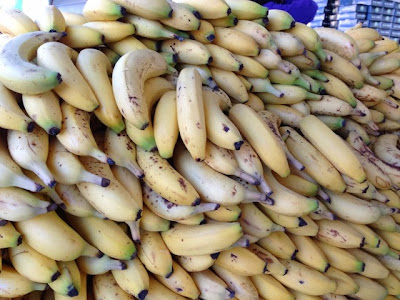 because the bean decided this was the perfect morning to sleep in, she and the teen didn't end up coming to the finish line. no biggie, really, except that walking back to the shuttle stop and then figuring out which one would take me back to the hotel was kind of a bitch. and i was freezing. thank goodness for the mylar blanket i was handed by a volunteer. 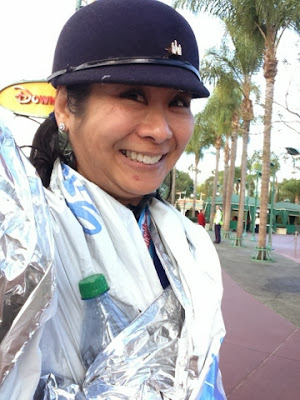 finally back in the room, i dug into the post-race snack box and admired my medal some more. 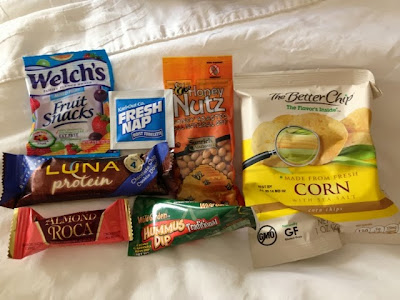 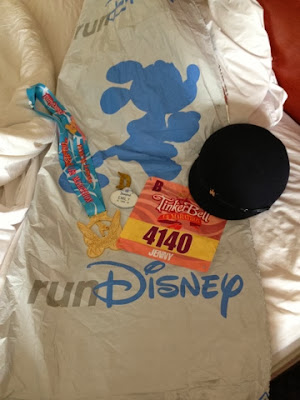 i was pretty pooped, but i couldn't resist the chance to rock my "i did it!" shirt and wear my medal in the parks. 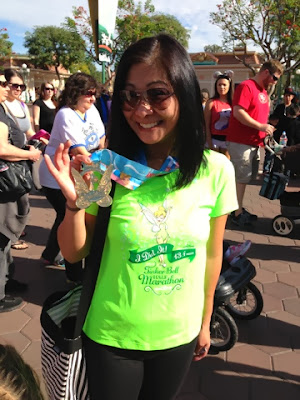 next year, the tink half is over mother's day weekend. there's a ton of outrage over this, mixed with a rumor that a star wars- or avengers-themed run is taking over the january spot. i'm personally totally fine with the move, although i liked the motivation for training runs through the holidays.

guess i'll just have to find a different run to train for during the holidays this year.  any suggestions?
at January 27, 2014

Email ThisBlogThis!Share to TwitterShare to FacebookShare to Pinterest
Labels: disneyland, tinkerbell half marathon