christmas at the house of wan was full of love, laughs and fun. you know, like every other year. although it does seem like it just gets more and more fun as time goes by. we are definitely a household of blessings.

because the teen is finally old enough to make her own decisions as to where to spend her time, for the first time in forever (you're singing it now, right?) we were able to enjoy her company on christmas morning without having to watch the clock. we'd always had to get up at the asscrack of dawn to do presents and then speed out to have her at her dad's by 8am. no more! yay!

the hub flipped the TV on and found the most perfect thing: 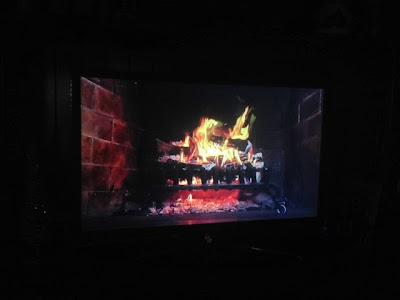 she and her sister happily handed out the stockings, magically filled to the tops with all sorts of fun stuff. 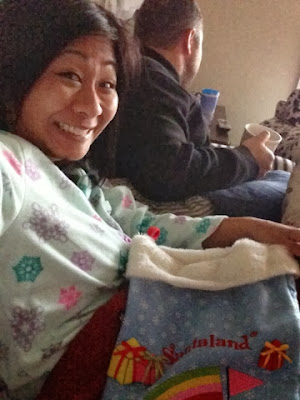 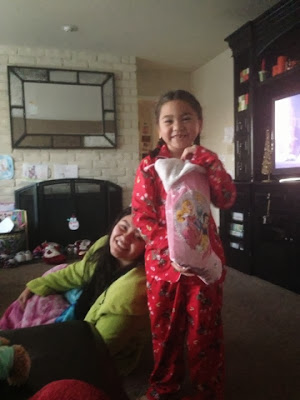 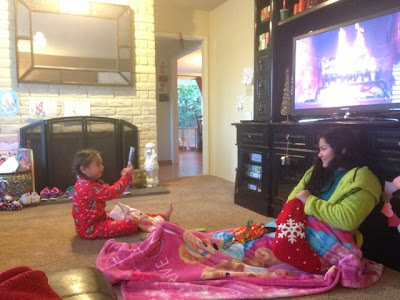 the bean dug into her impressive stash o'gifts, squealing with delight over every single one. 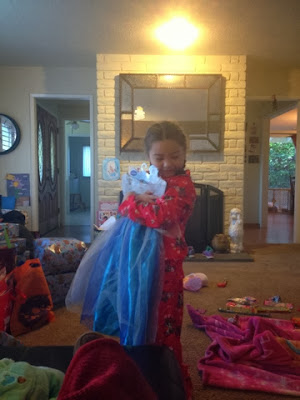 the teen handed me a gift she'd bought for me with money she earned during her temporary gift-wrapping gig. she'd even wrapped it beautifully during one of her breaks. 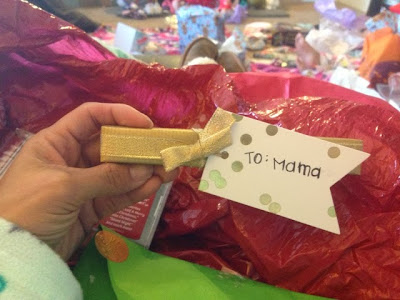 inside was the fabulous eyeliner i'd been drooling over at sephora for months. 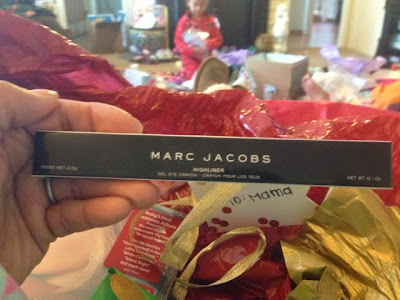 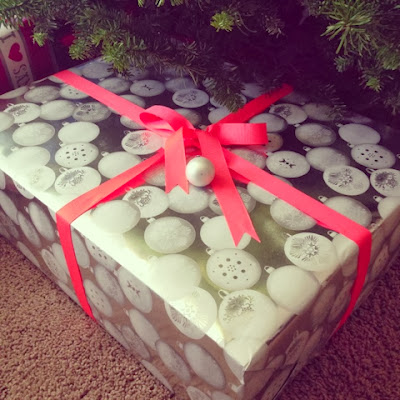 i ripped that paper off to reveal this: 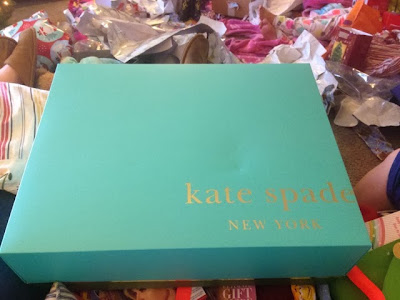 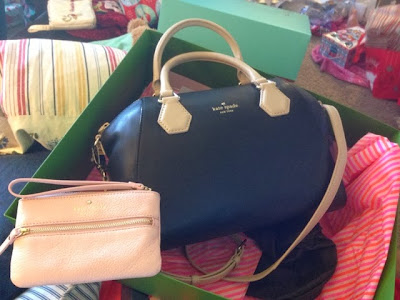 as for the hub, he received all sorts of boring shit like new t-shirts and underwear. and then there was this, from a super-secret photo shoot the girls and i managed to sneak in: 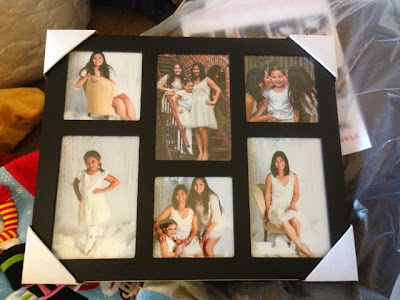 the teen had already plowed through a giant box full of goodies from her favorite stores - forever 21 and urban outfitters. MIL disappeared into the garage to lug in a huge box we'd picked up at costco a few days prior, and the teen opened it giddily to find this: 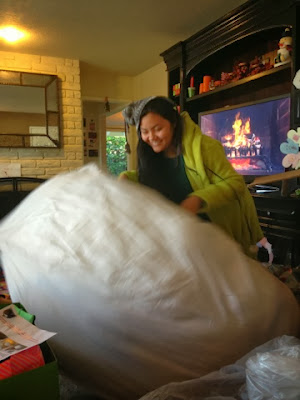 it's a gigantic bean bag called the "chillax." it's super comfy, and now it's the piece of furniture everyone fights over at TV time. her sister had a great time popping up out of the empty box. 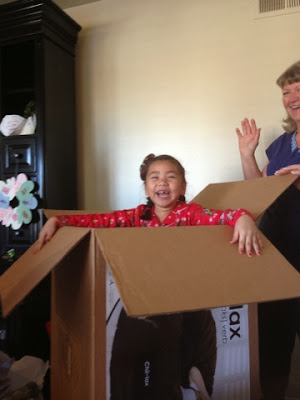 when she got tired of it at last, we got her to use it as a wrapping paper receptacle. the living room was quite a mess. 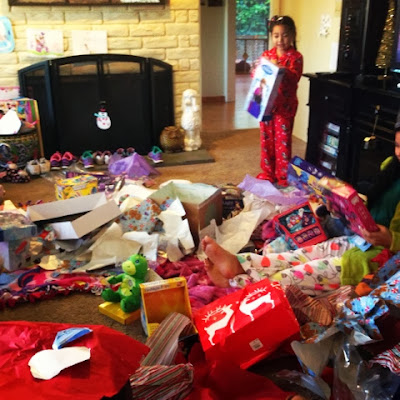 then it was mollydog's turn to check out the stuff in her stocking. 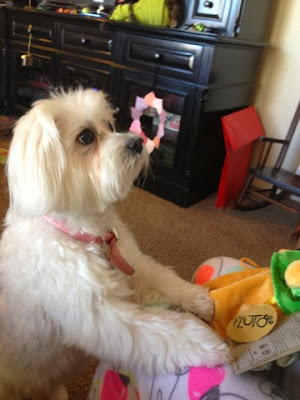 breakfast was the french toast casserole i'd assembled the night before. 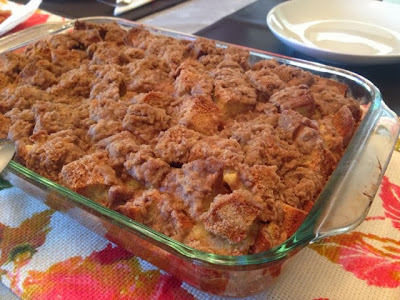 well, also, there was this. duh. 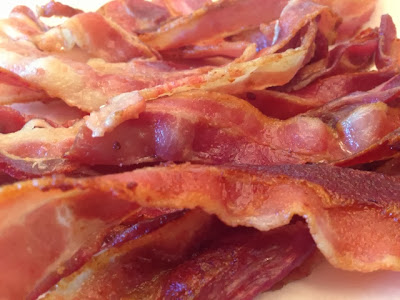 about an hour after devouring that gut bomb of a breakfast, i decided to go and burn some of it off. 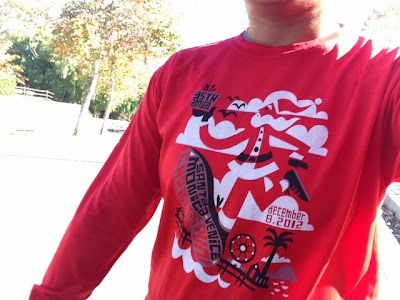 it was a beautiful morning, but really warm. i was regretting those long sleeves in no time. 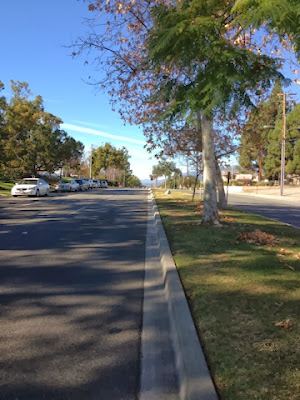 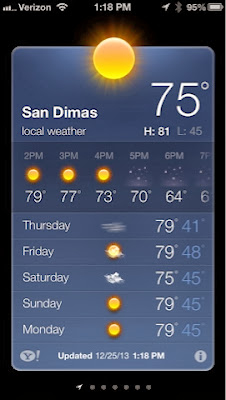 MIL picked up these pretty arrangements at the grocery store for half off. 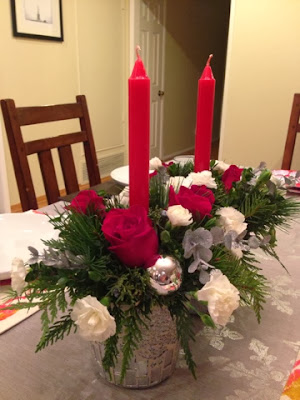 brother wan took charge of the prime rib, while i tackled the sides. i used a great new recipe for macaroni & cheese that used an embarrassing amount of this stuff: 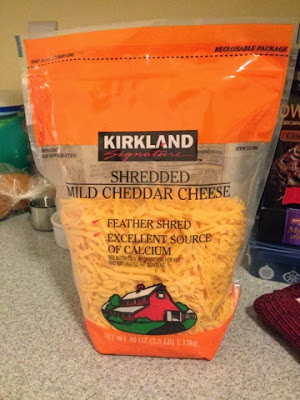 but look at all this goodness. 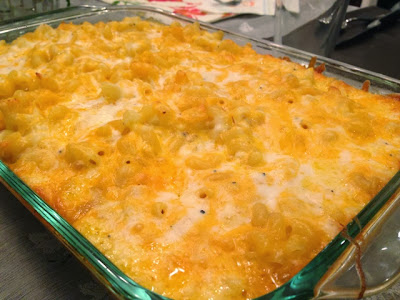 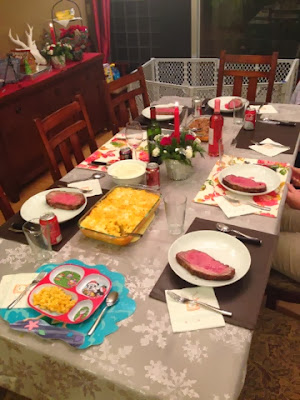 i probably should've held back some, but instead i plowed through every last bite on my plate. 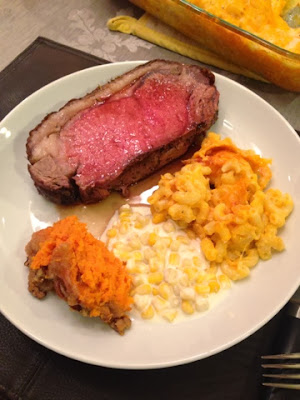 oh, by the way...the girls and i each  received one of these. 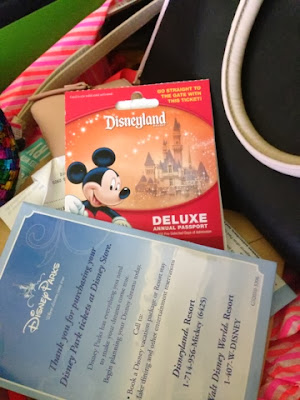 Email ThisBlogThis!Share to TwitterShare to FacebookShare to Pinterest
Labels: merry christmas to all