i'd been wanting to clear out and reorganize my closet for ages. i used to make it a point to go through and clean it out every six months or so, but it'd been a really long time. i knew there were things in there that hadn't seen the light of day for ages, and i was definitely encroaching upon the hub's half of the space. oops.

and so when i got this month's stitch fix box and found an envelope from thredup in there, i finally got the kick in the ass i needed to get it going. thredup is basically like an online consignment store. you request a bag with a prepaid shipping label, stuff it with your stuff (that sounds super intelligent), and they'll go through it and pick out the items they want to buy from you. in this case, the money earned gets credited to my stitch fix account, which will help my current addiction to those monthly shipments.

once i dove in, i found all sorts of things to get rid of. i had a crapload of shitty forever 21/old navy/target tops that were faded and worn, dresses i'd forgotten i had, shoes that i probably shouldn't have bought in the first place. the shirt i was hanging onto solely because it's the one i was wearing the first time the hub and i kissed (shut it) finally got added to the donation pile, which grew and grew until it finally threatened to spill over onto the floor. 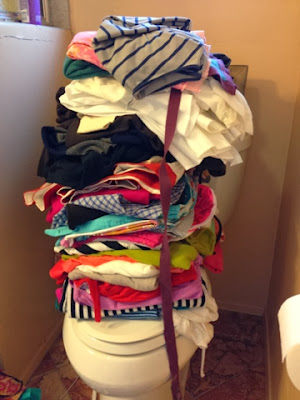 tons of hangers from the cleaners went into the recycle bin. 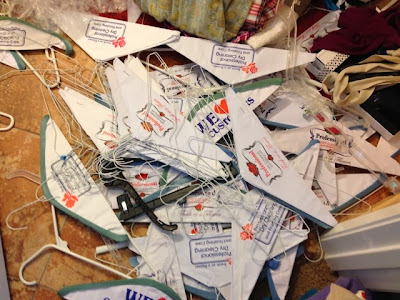 and i ended up with an equally large pile of plastic hangers that i couldn't bring myself to get rid of. 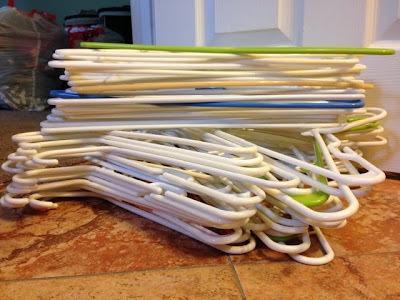 when all was said and done, my thredup bag ended up full to the brim, and i had several bags all packed and ready to drive over to the local women's shelter. 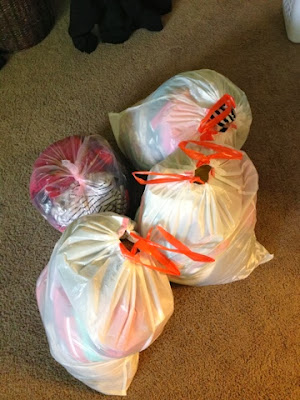 the sucky part was that even after all that work, my side of the closet seemed to look exactly the same. bah. 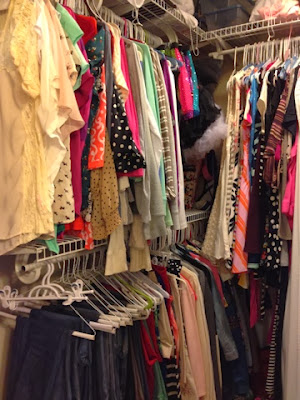 although i did make the effort to separate everything by type and then sort by color. you can't really tell from this picture, but it's really made dressing myself a lot easier. if i want a pink short sleeve top or a hoodie in gray, i can find it lickety-split. and my shoes are neatly lined up now, with the ones i wear most often right in front. 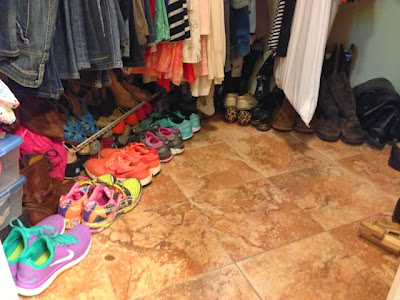 i also came across a couple more long-forgotten things. the first is crazy random: 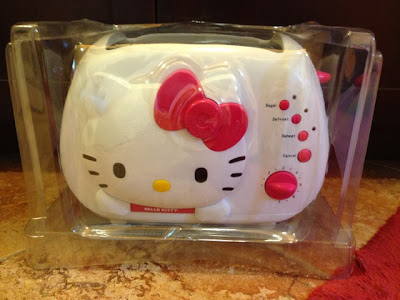 yes indeed, that most definitely is a brand new hello kitty toaster. i remember getting a super deal on it and then realizing that the hub would give me neverending shit for it, and so i just put it away. that's still the case, and so i've just resigned myself to the fact that i'm never gonna be able to use this thing.

my loss is your gain. who wants it?

the other thing i came across is one that i'd meant to list on ebay or poshmark or some such reselling vehicle. when lilcee picked up a few things for me at the lululemon warehouse sale, i was bummed to find that this tank was the polar opposite of flattering on me. blech. 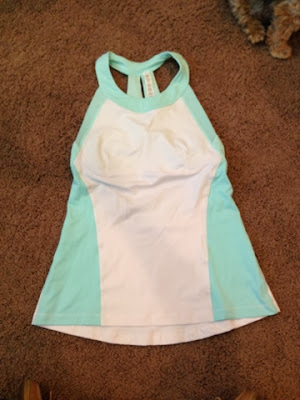 i'm also thinking that it might not be a bad idea to pick up some of those superslim velvet-covered space saver hangers. i hear that they can be snapped up at costco for pretty cheap, and then i could ditch those clunky plastic ones for real.

the only other thing i really need help with is organizing my massive handbag collection. right now they're just stored in their dust bags and kickin' it on the highest shelves in my closet. whenever i want to switch bags my short ass has to bust out the stepladder to get one down. total pain in the ass. anybody have any good ideas for that?
at November 22, 2013