for me, getting up at the asscrack of dawn for a run is no big deal anymore. i mean, it still sucks when that alarm goes off at some ungodly hour, but i'm used to it by now.

except that this time, i had to get the hub up and ready too. he's not, shall we say, a morning person. like, at all. but he's determined to make his goal of four 5Ks by the end of the year, and i'm more than happy to help him get there.

with a 7am start for the hard rock cafe run out at hollywood & highland, road closures to maneuver around and parking to find, we left the house at 5:30. of course, what normally takes a good 45 minutes to drive was cut down to half an hour due to the early hour and the hub's penchant for speed. parking in the structure was easy peasy, and we were walking down the steps outside the kodak theater like movie stars by 6:10. 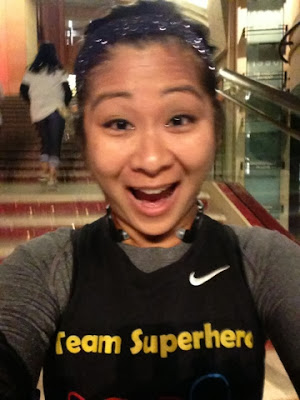 i spotted a couple of familiar faces in the crowd and we exchanged hello hugs before the hub snapped a photo for us. 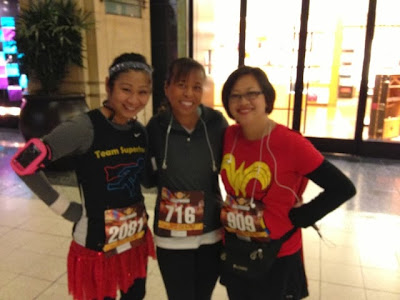 it was nice to have a decent pre-race photo without having to either take it myself or ask some random stranger to do it for me. 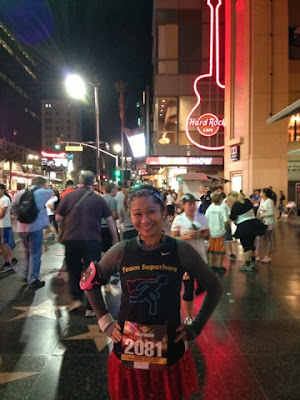 i always love all of the bright lights in this part of town. 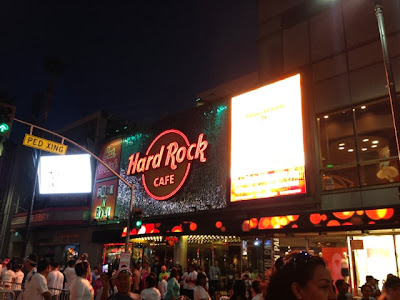 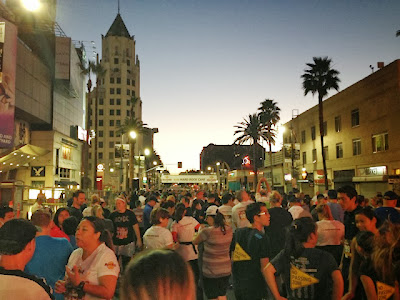 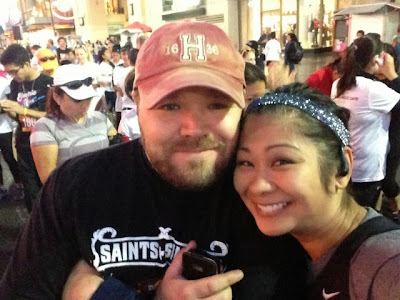 after the national anthem had been sung (quite beautifully, i might add), we were off. 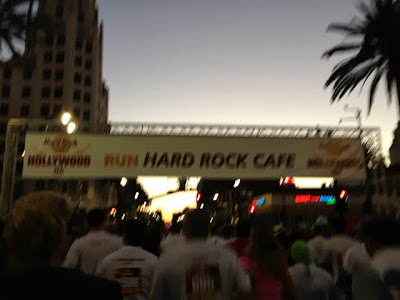 as with the last race we did together, i lost the hub as we wove around the walkers in front of us even before the first mile. and even before i reached the halfway point, i heard the rumble of the pacer motorcycles coming up on the other side of the street. 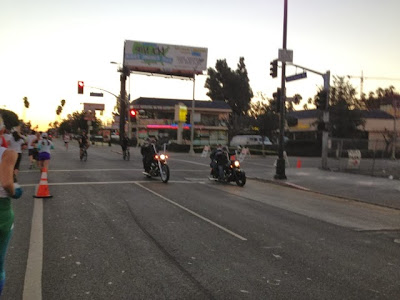 right behind them was the dude who took first place, in one big blur as he flew by. 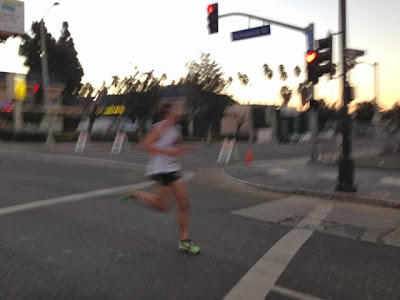 and when i say "flying," i'm not kidding. homeboy crossed the finish line in like 15 minutes. cray.

but i was doing okay for not having gone out for a single run in two weeks. pretty soon i made a u-turn here: 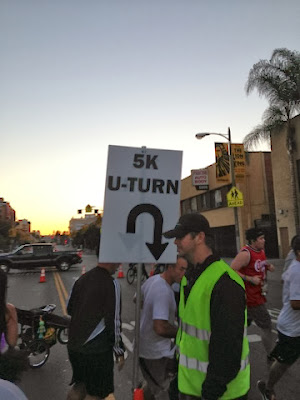 and then i was here. on my way to the finish i passed the awesome hotel the girls and i stayed at earlier this year for the hollywood half. 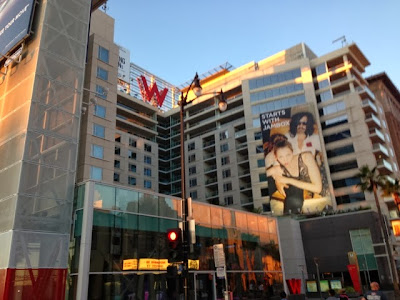 not long after that, i hit the 3-mile mark. 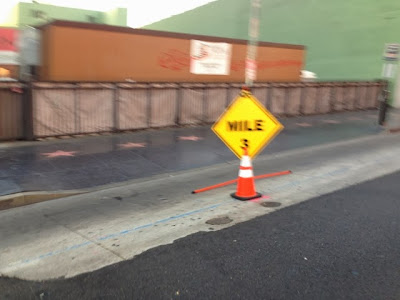 i thought about going for a jumpy picture, but then figured if he didn't catch it at the right time it would just end up looking dumb, so i settled for throwing my arms up in triumph instead. 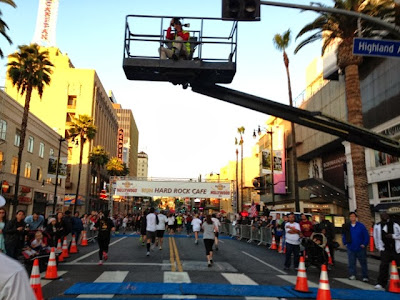 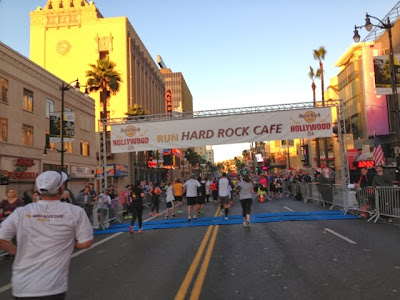 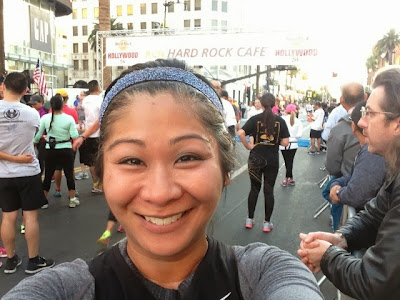 i waited for the hub to cross the finish line, and he was there not too long after me. pretty good for a guy who doesn't run on the regular and spends most of his time in a cigar shop. i'm so stinking proud of my husband. 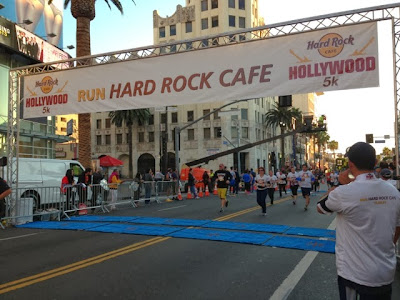 we accepted our finisher's medals together and then took one of my most favorite
post-race photos to date. 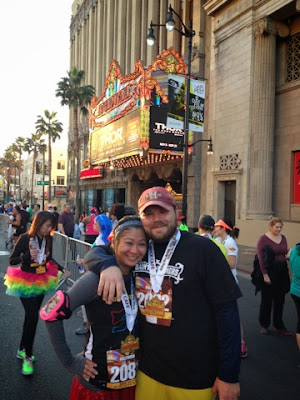 for a 5K, this was some pretty spectacular bling. 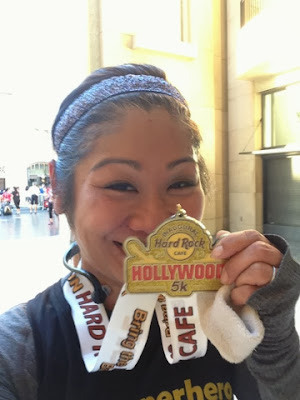 before 2013 ends, i'll be adding at least two more medals to my collection.

i really need to figure out some cool way to display these things. hanging from a knob on the armoire ain't quite cuttin' it anymore.
at November 11, 2013

Email ThisBlogThis!Share to TwitterShare to FacebookShare to Pinterest
Labels: nablopomo, running my ass off