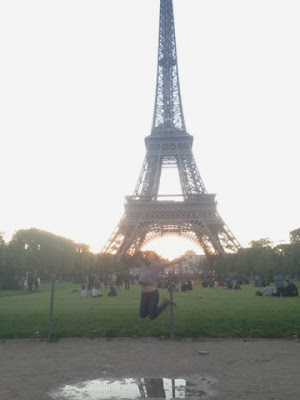 that iconic landmark has joined the ranks of disneyland and hawaii on my list of most favorite places in the whole world. that's a pretty big honor, paris. i hope you're appropriately humbled.

i found a recipe on pinterest for something called tartiflette. sounds pretty, right? it was described as a french comfort food - layers of potatoes and chopped bacon and sautéed onions, topped with a little crème fraiche and reblochon, a cheese i'd never heard of. a little online research told me that i'd have to head back to europe if i wanted to try it. since that isn't going to be an option until god knows when, i picked up some brie instead. and thanks to trader joe's, i didn't have to look for a substitute for the crème fraiche. 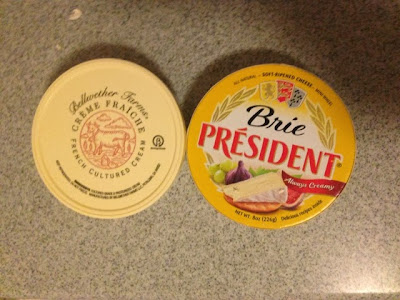 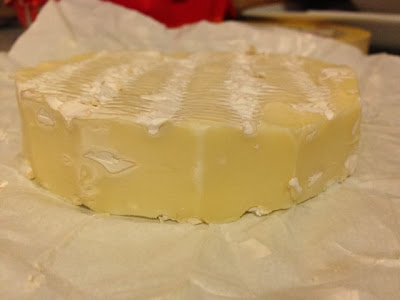 the next time i make this concoction - and there WILL be a next time! - i'll slice the potatoes a bit thicker. and i'll definitely use pancetta (and more of it!) instead of bacon again. also, i'll serve it as a side or with a big ol' salad. as delicious as it was on its own, it wasn't really enough to make a meal. 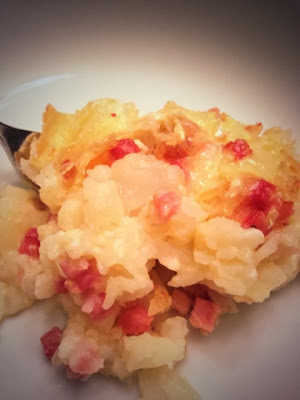 hmm. i guess it doesn't look particularly great in the picture, but really - you'll love it.