jingle all the way

the bean happened to be out of school for veteran's day, which was the day before our disneyland passes were to expire.  i'm usually a little hesitant to go down there when the kids aren't in school, because it usually means lots of crowds and increased frustration.  but when i checked the website, two out of the four types of passes were blocked out - not including ours.  that's usually a good sign, and so the bean and i got ready to head out.  unfortunately, the teen was down for the count with an icky stomachache that was bad enough to keep her home.

i decided to try something different with the bean's hair and put it up in two minnie ear-style buns. 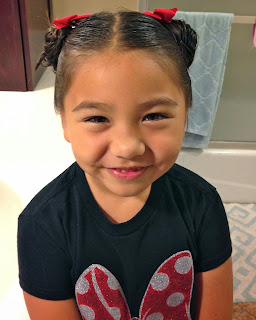 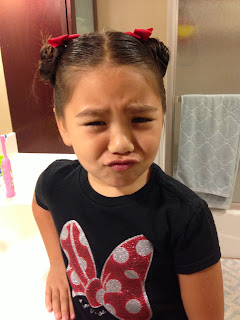 when we got there, i was happy to see that the crowd level predictions on my mousewait app were pretty accurate.  and the giant christmas tree was in place on main street, with no wait to take a picture. 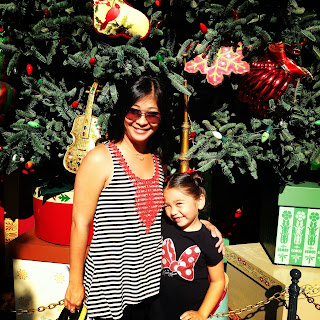 right after that, we made a beeline for the jungle cruise.  this year, it had been given the disney holiday overlay treatment for the first time, turning it into: 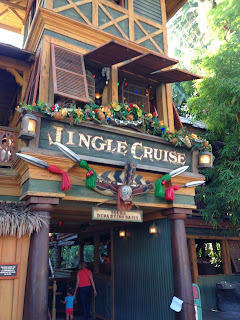 there was a bit of a line, since word had gotten out that the decorations were up and ready for business a couple of days earlier than previously announced. 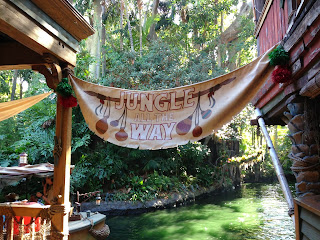 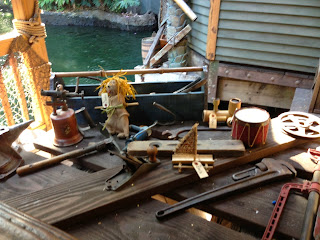 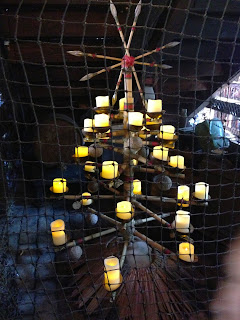 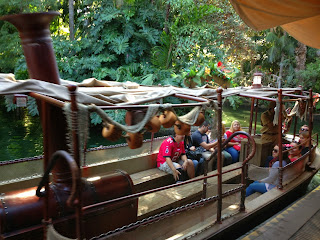 i'm glad we didn't wait much longer than we did (about 25 minutes), because that right there was pretty much the extent of the transformation.  the guide cracked a few new holiday-themed jokes, but that was about it.  i'm not saying that it sucked or anything, but don't make a special trip just to see it.

when the teen isn't with us, i usually let the bean dictate what we do.  she likes to do stuff that her sister isn't wild about, like climbing up the stairs and going through tarzan's treehouse. 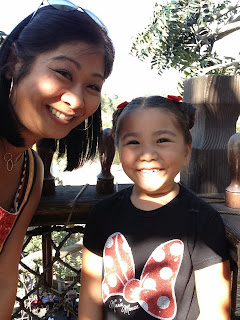 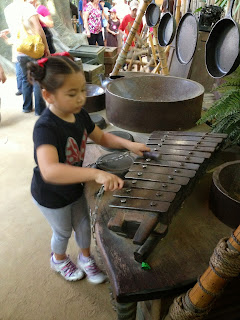 i wanted to get a shot of her in front of the castle, but the sun was really bright that day. 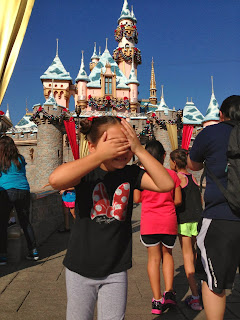 she loves going through the whale's big ol' mouth at the storybook land boat ride. 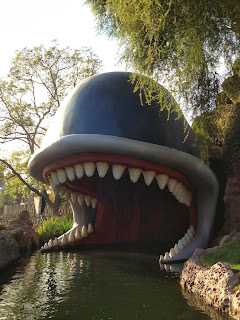 and after riding on alice in wonderland, she stops at the little door to the white rabbit's house. 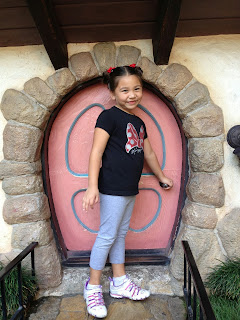 we rode this twice. 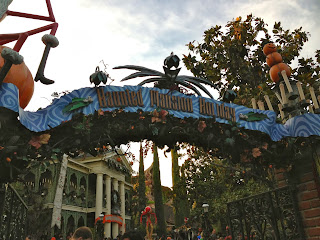 because she loves to draw, we headed across the way to california adventure and into the animation academy.  here's what we drew this time: 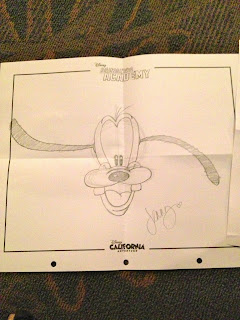 before going back to disneyland to find a spot to watch the fireworks, she paused to admire their giant christmas tree. 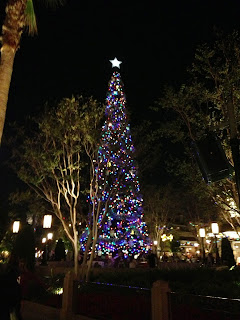 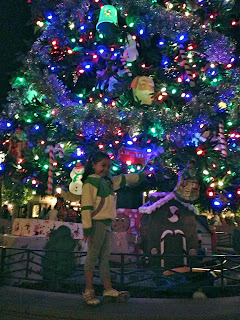 because it was a weekday, the fireworks show started two hours earlier.  it was the last thing we did before we left. 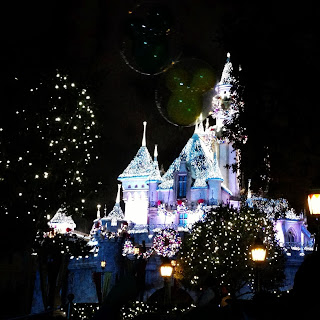 and she loved the "snow" at the end. 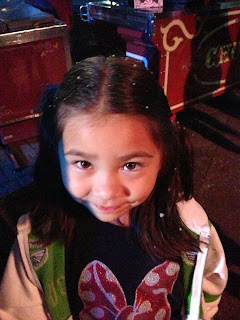