so, remember the disney moms panel thing i've been trying so hard to forget about?  while i really wanted to let my optimistic side rule my head, knowing how high the odds were stacked against me kept me somewhat grounded.

i'd joined a facebook group comprised of fellow round 2 hopefuls. reading their posts was both entertaining and enlightening. there were folks who'd been trying for this thing for ages, some only making it this far for the first time this year.  they wrote about how they'd agonized over every word, every punctuation mark, every second of the video they submitted. i mean, these people were SERIOUS.

meanwhile, i was feeling pretty breezy about the whole thing. i knew it was a super duper long shot and that i'd been lucky to make the first cut. while the others freaked out about every little clue and tidbit that our friend gary tweeted, i just sat back and enjoyed the ride. the anticipation was fun, and my head knew that chances were that i wouldn't make it through to the next round. my heart really wanted it to happen, of course, but i tried my best to be realistic about it all.

one of gary's tweets hinted that training for the chosen ones would be in mid-december. um, what? they're gathering a panel of moms (and a few dads too) and whisking them off to florida for several days smack dab in the middle of the holiday hustle and bustle? and the dates fell right over a weekend that was jammed with activity - the bean's cheer squad making an appearance in the local christmas parade, plus a fun holiday 5K that the hub and i were already registered to run. not to mention that the teen has a temporary job doing holiday gift wrapping during that time as well. with the hub on duty at the cigar shop on most nights and MIL not scheduled to come back till closer to christmas, i wasn't at all sure how things would go with the bean. and so i actually had plenty to be worried about should i actually make it all the way in this thing.

more tweets from gary over the last week or so told us that the judging committee was working hard on reading the essays and watching videos from what appeared to be about 250 contestants. that's a shitload of work, and i didn't envy the committee their task. i couldn't help but feel really hopeful that my kick ass video, filmed at disneyland and so carefully edited by the teen, would give me at least a little bit of an edge. but still, i tried my hardest to tamp down the overly optimistic outlook and relax. BREEZY!

finally, some real news about when the next cut would be announced arrived via a couple of cryptic photos from gary: 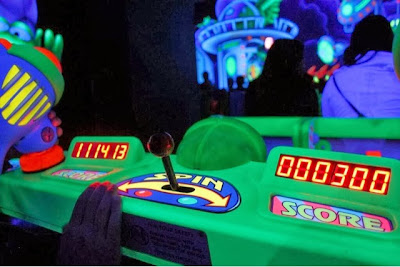 i'm a little embarrassed to admit that it took me quite awhile to figure that out. do you get it?  yeah, probably, huh.

this was another one: 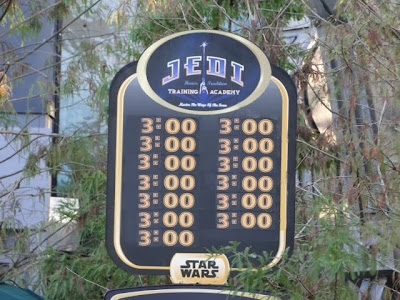 the facebook board went wild over that one. why were there only 13 times posted? did it mean 13 people advancing to round 3? or was it a hint about how many finalists would be heading to disney world for training? what did it MEAN??

lucky for me, 3:00 in florida meant noon for us west coasters. i tried to pull out as much disney magic as i could, even in the bean's lunch. 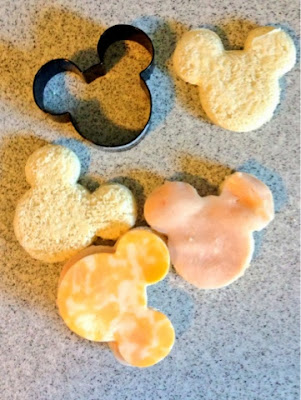 and although i attempted to distract myself - a workout at curves, clearing out shows on the DVR, chatting with the teen - the hours seriously crawled by. i'm not gonna lie, breezy gave way to anxious, especially during the final hour.

i even put on a shirt that i hoped would reflect the news i was about to receive. 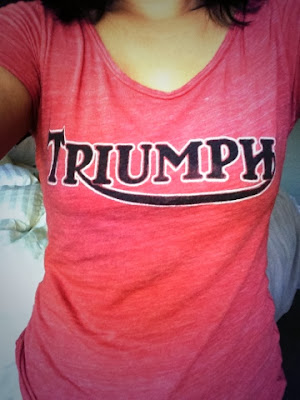 and then in one fell swoop - a mass email from gary on behalf of the judging committee - the dream came crashing down and shattered into a zillion unfixable pieces. 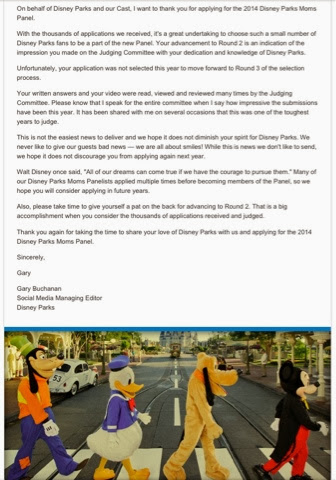 yeah, i can (and will) apply again next year. and now i can see the bean in the parade and run the ugly sweater dash and carry on with general holiday merriment. but if i'm being truly honest here, i am crushed. dejected. utterly disappointed. i kinda really wanted this, to have some sort of cool connection to the disney empire...and it ain't happening. not this time, anyway.

i'm letting myself wallow for just a little while, and then i'll let it go. a dream is a wish your heart makes, right?