the farmer in the dell

the bean's school does a harvest party to celebrate fall, and the kids were encouraged to dress up like farmers on party day.  i wanted to find her some overalls to wear, but i couldn't find any that came in her size.  well, i could've hit up the local western wear store for some, except that i wasn't really willing to shell out $30 for something she'd only wear once.  then i thought i could just rig up some fake suspenders with red ribbon…but worried that she'd have trouble when it came time to go potty.  i thought she could bust out her pink cowboy boots that she's only worn a couple of times, but the flyer that came home said in big ol' comic sans capital letters "please dress the children as FARMERS, not COWBOYS/COWGIRLS."  sigh.

luckily, the boys' department at trusty target came through.  i managed to find a plaid shirt and a pair of work boots that i think she can wear again at some point.  she protested at the straw hat i found in her room because it had a sheriff's star on it, but one snip and it was gone.  a little black eyeliner for some faux freckles, and this is how my little farmer went to school for her harvest party (obvs, the rake was just for the photo): 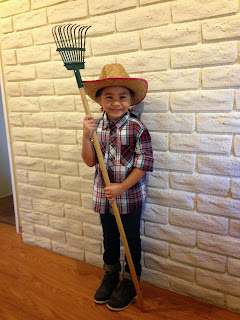 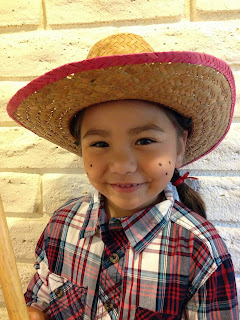 the teen came along to help out at the party, and we found the kids coloring happily as they waited their turn to play games and do various craft stations around the room. 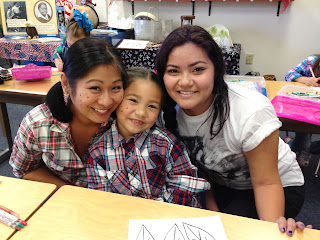 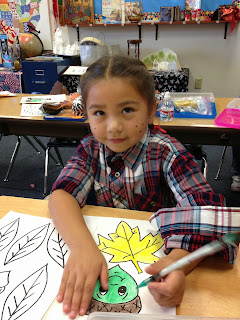 outside, we helped the class photographer with the last of the individual photos - and then decided to do this: 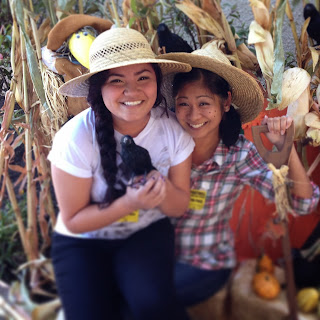 the bean had already done hers, so i didn't get to see them until after they'd been printed and posted on the bulletin board. 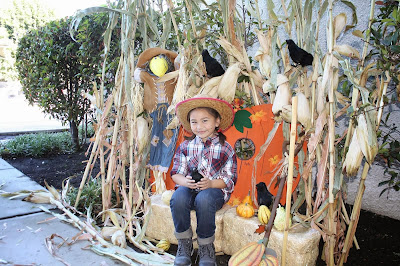 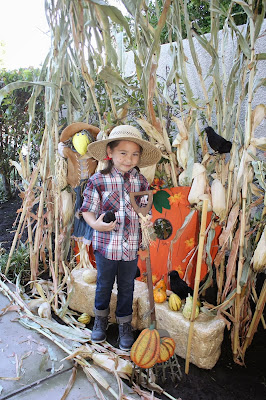 the kids got to decorate the pumpkins they'd chosen during the field trip using natural materials.  i sat at a table with a bunch of other moms, armed with glue guns to help them assemble their masterpieces.  i was busy with another classmate when it was the bean's turn, and i could hear all sorts of laughter from where she was working.  i found out later that it was because she'd dubbed her pumpkin "jesus."  goodness. 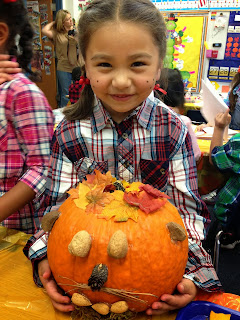 i got to decorate a pumpkin too, for the kid who didn't show up to school that day.  hope he liked it. 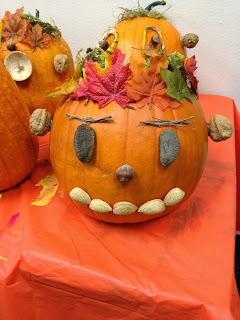 the room mom had brought a little present for the teacher - look at how cute these cake pops are! 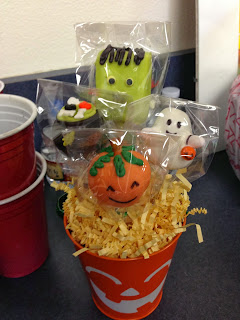 i got this before it was time to leave the kids for some actual learning. 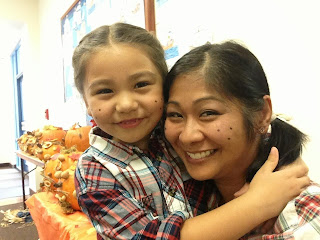 back at home, she posed next to her pumpkin creations. 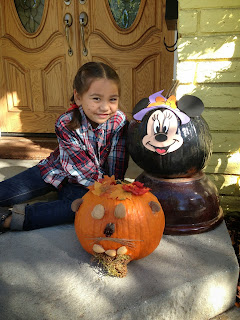 they're still sitting on the porch.  i figure pumpkins can work for thanksgiving too, right?  so what if minnie's wearing a witch's hat?
at November 13, 2013