i got your bam-bam right here

the hub's grandma, g-wan, has always been rather fiercely independent. she and the hub's gramps bought a house up in the mountains over 30 years ago, and since he passed away about a decade ago, she's been living up there solo. she's got a great circle of friends, is super active in the local senior center, and likes having her own space. she moved down here and lived in a senior apartment complex for awhile, but she got tired of it and hightailed it back up to the mountains.

anyway, she's got a constant companion in the form of this little yorkie named pebbles: 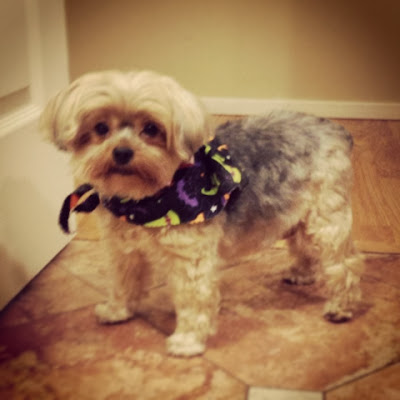 little pebbles looks adorable, yes? now what would you say if i told you that she went after and killed another little dog of her previous owner's? that's a whole lotta vicious in such a tiny package. she was scheduled to be put down when g-wan rescued her and brought her up to the cabin to keep her company.

anyway, g-wan has been having some health issues and landed in the hospital about a month ago. it was looking rather dire for awhile - prompting FIL and brother wan to fly out to see her, just in case it was their last chance. happily, she rallied and is on the mend.

but in the meantime, wanna guess as to where that pebbles has been hanging out?

and poor mollydog has been quite miserable. 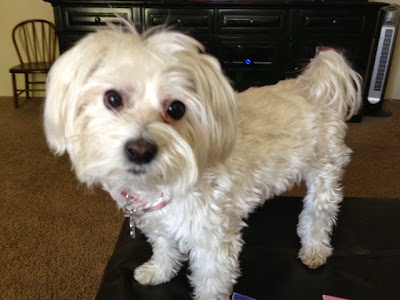 she's found herself being moved out of her usual spot, forced to share space with a fellow canine, and she is one unhappy camper. she stays away from pebbles as much as she can, especially since that little rat actually went after her at least once already. ugh, i was so angry at that thing. 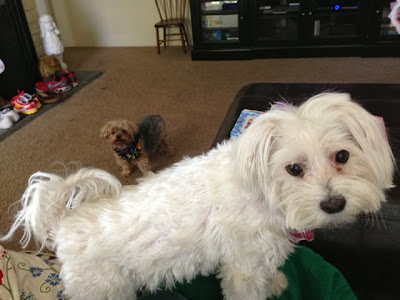 and while i still haven't completely forgiven her for trying to kill my dog, it IS awfully hard to resist this face. 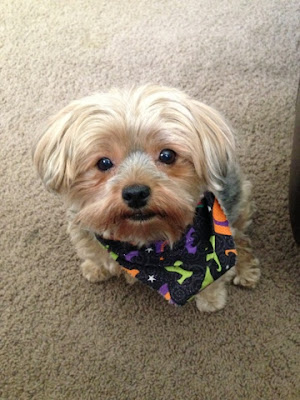 except that molly's been acting out over the last few days, peeing in all of the places pebbles typically hangs out. she totally knows it's wrong, because when we find the wet spots her tail goes down and she runs off to hide.